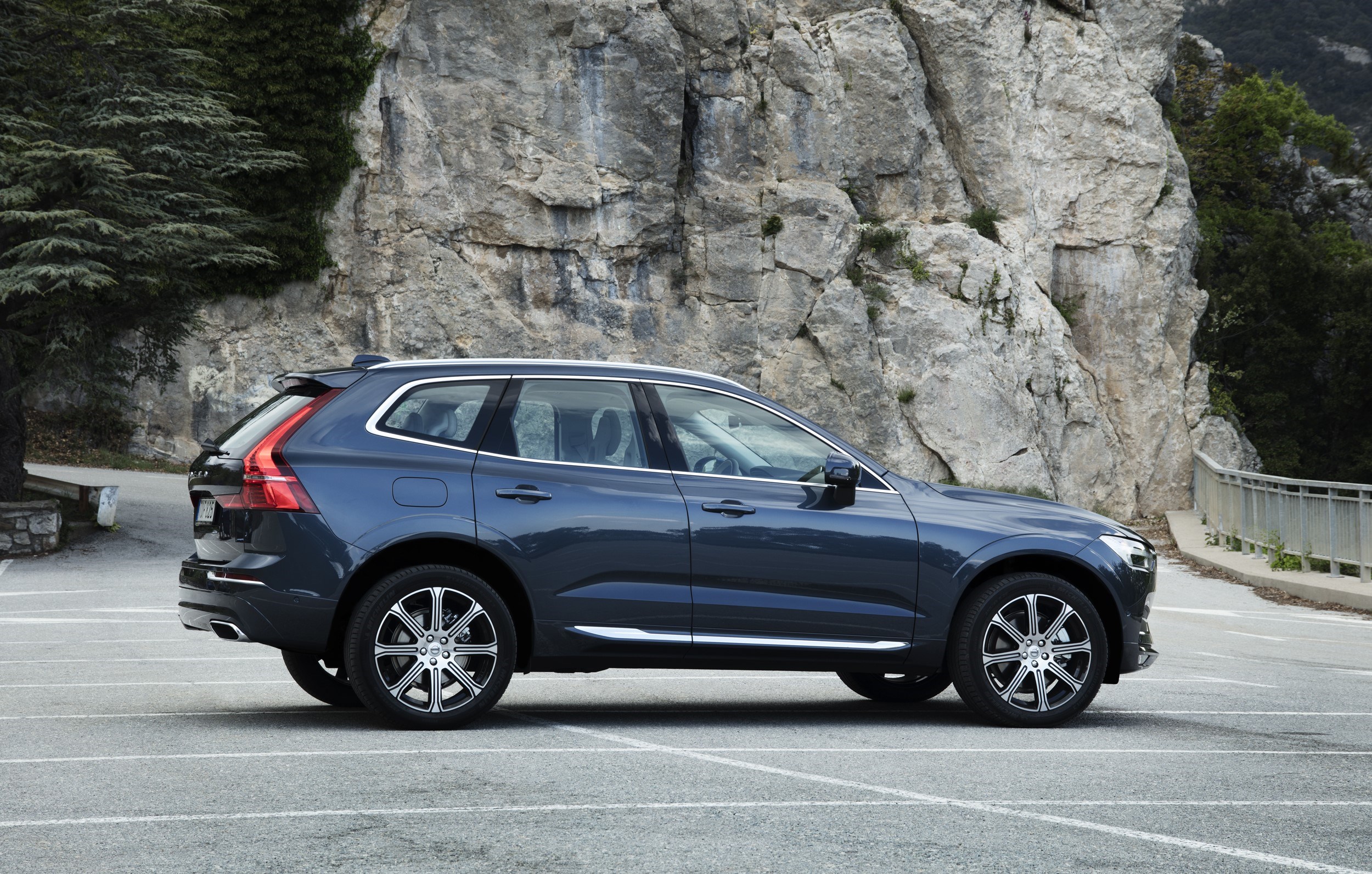 If you were in any doubt about Volvo’s upwards trajectory of recent years, states Iain Robertson, the confirmation that it is making zero errors is realised in its simply stunning and all-new mid-size SUV offering…and even he wants one!

Intriguingly, at the recent Volvo XC60 media launch, in attempting to provide a gathering of journalists with a flavour of Scandinavia, the company had invited beer writer, Melissa Cole, to provide her take (and a sampling session) on Swedish craft beers. It was both educational, reassuringly varied and immensely thirst-quenching.

Sweden possesses a highly-regarded stance in a number of key commercial areas. Its products, from furniture, to design icons and engineering to attitude, are not merely effortlessly stylish but also quite different from other nations’ efforts. If you ever get the chance to travel to the country, drive its length (as I have done so on a couple of occasions), and experience the sheer joy of meeting Swedish people, then you will start to comprehend that it has innumerable attractions that reinforce its standing in the world.

Yet, it is a remarkably conservative country. The standard of living is known to be excellent and the envy of many northern European locations. However, its people are not showy; they do not crow about their achievements, although they are able to carry off a world-beating attitude and present a quiet confidence of their innate abilities. 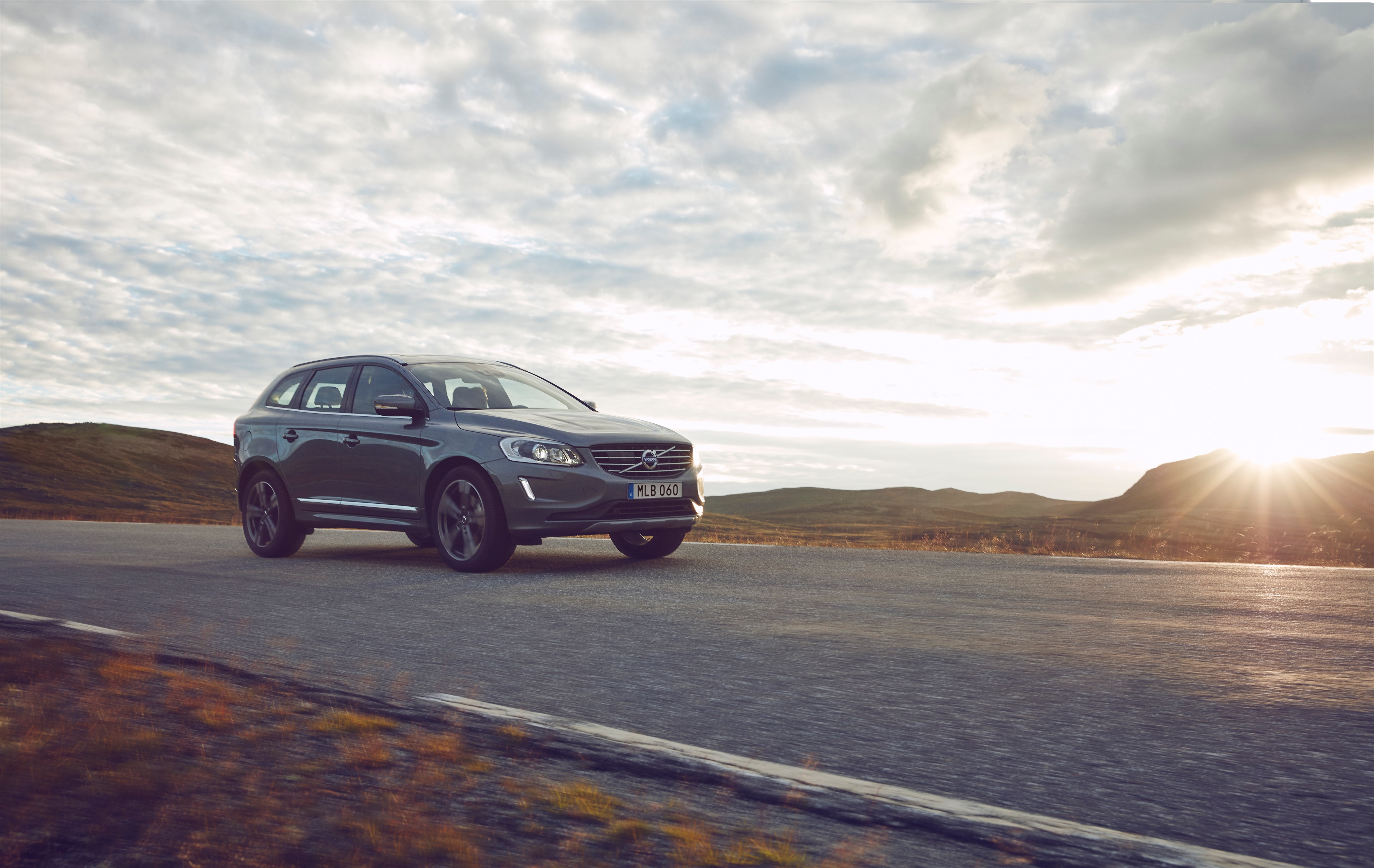 Nature plays an important role in a country, where its southern regions share similar weather patterns to our own, although venturing further north reveals the Land of the Midnight Sun, where the longest day is truly day-long…and winter months can be interminably dark and freezer-burningly cold. It is most assuredly a country of extremes. Yet, those extremes also define its innate sense of design balance and not only steel (for which both Volvo and Sweden are renowned), but wood, rock and hide-working figure prominently.

Now owned and funded by the Chinese Geely Corporation, Volvo remains staunchly Swedish and soberly independent as a carmaker. It has impressed the Chinese with its consistency and creativity, which is a darned good reason for Sino-Swedish relations to be at a most satisfactory level of accord. Volvo is clearly benefitting from Geely in ways that Ford (its sometime owner) might only dream about and the company’s recent run of new products is becoming a ‘best of the best’ line-up, admired and acquired by evermore customers worldwide. In the UK alone, its sales are up by over 21% in a year that has featured downturns for other quality brands.

If the outgoing XC60 can be described as a perfectly satisfactory model, the new version might as well have skipped a couple of generations, so much radically improved is the product, in ways that verge on being startling. Ineffably handsome, the new car reflects a similar dimensional appeal as the latest and much-improved BMW X3, although the Audi Q3, while remaining a key rival, not only looks smaller but feels somehow less substantial in the class. The Volvo manages to appear more modern than either of them.

The ‘Thor’s Hammer’ daytime running lamps cut a more prominent T-profile across the headlamps of the XC60, when contrasted with their first appearance in the current XC90 model. The steeper rake of the windscreen implies a sportier profile overall and, dependent on choice of alloy wheels, of which there are a few diametric options, the on-road presence of the XC60 is both clear-cut and immensely strong. 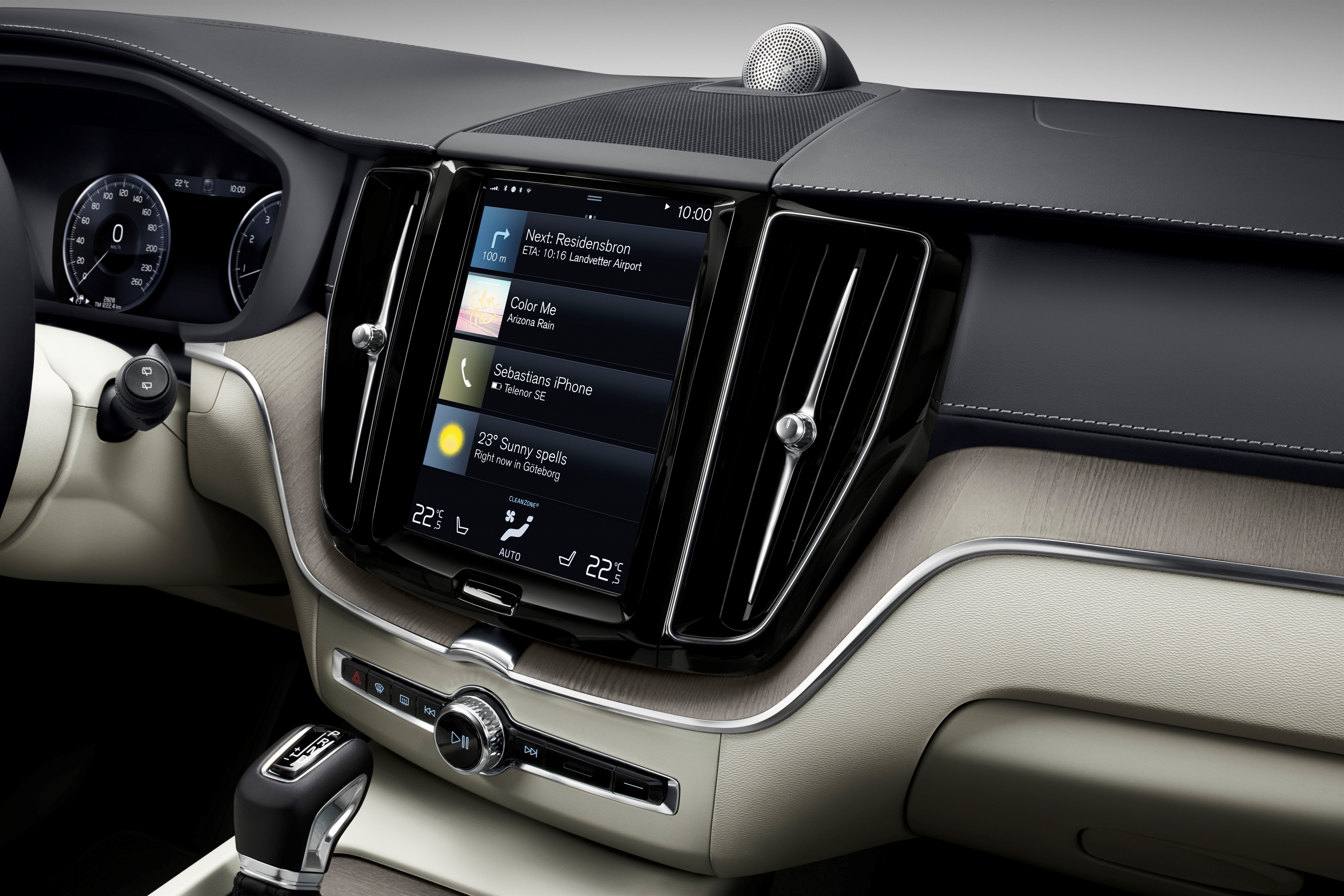 Crack open the driver’s door and you are greeted by an interior that looks about as inviting as any car could be, with billowing, bolstered sports seats and a classically elegant dashboard featuring driftwood-inspired wood inlays (on top Inscription trim level only), alloy strips and the Volvo-style portrait-format touch-screen, now featuring significantly more intuitive screen-switching. It is utterly beautiful and purposeful in the same breath.

The sound system is enhanced, when the option box is ticked, by Bowers & Wilkins speakers (15 of them!) and around 1,100 Watts of high-end sound reproduction quality. There is a switch within the head unit that places the driver virtually into a key seat of the Stockholm Opera House, from where your socks will be blown-off, should you row up the volume dial far enough. As is now typical, since the XC90 introduced them, the diamond-cut rotary control knobs, supported by a clever little Swedish flag ingot in the alloy dashboard inlay, showcase a sense of Scandinavian style that is simply unsurpassed.

The engine choice is restricted to a series of both diesel and petrol 2.0-litre, four-cylinder units, in D4 (190bhp) and D5 (PowerPulse 235bhp) forms, as well as T5 (254bhp) and the yet to be sampled T8 (twin-engine hybrid, 407bhp) respectively. They are Volvo’s own designed and built engines, displacing exactly the same 1,969cc capacity. All models are 4×4 and drive through an Aisin-Warner, 8-speed automatic transmission.

The range is priced from a competitive £37,205 for the D4 in Momentum trim and its T5 petrol alternative unusually carries a £695 premium. At the top end of the scale is the T8 hybrid model in Inscription Pro trim at a heftier £57,950. As far as business use is concerned and, let’s face it, around 90% of all XC60s will find homes with company executives, the 40% company car taxpayer could be liable for up to £480 per month, should he/she opt for a T5 model in Inscription Pro specification (listed at £45,600). Yet, choose the top T8 and, due to the hybrid engine, that liability plummets to £173.69 per month. It should come as no surprise that, despite the larger price tag, the T8 is anticipated to sell more strongly than a T5. 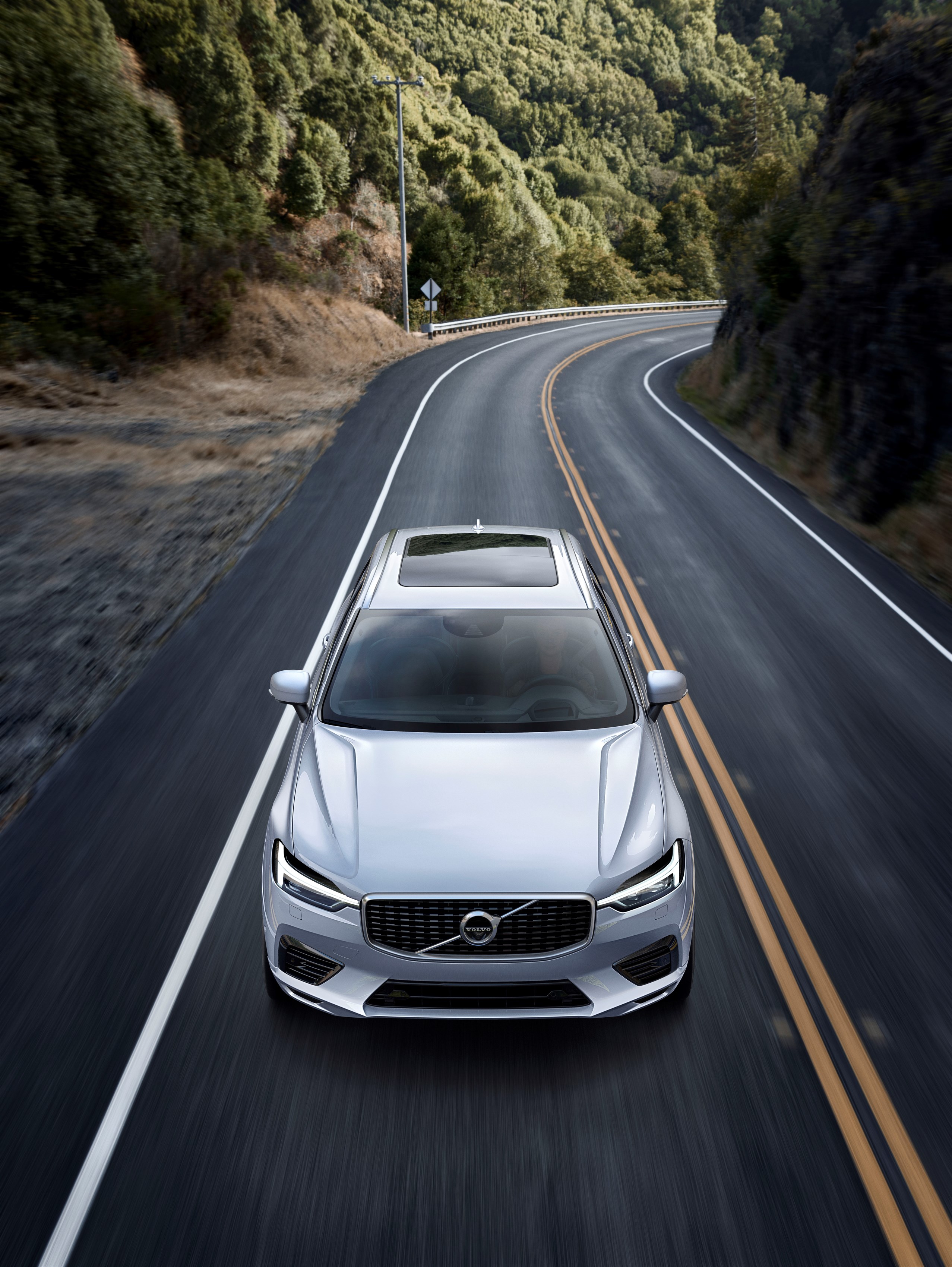 On the other hand, the D4 is expected to be the best-selling engine responsible for around 53% of turnover, followed by the D5 at 25%. Volvo knows the popularity of its sporty R-Design (inc. the new and costlier R-Design Pro level), which will probably account for over 40% of all models registered. As a result, the first version I test drove was a D4 R-Design.

Even with just 190bhp available, this model relies on its 295lbs ft of torque to motivate a car that tips the scales at just over 1.8-tonnes; it is no featherweight. However, the efficiency of its engine is superb, meaning that CO2 exhaust emissions are pegged at 133g/km, which equates to a car tax payment of £200 in the first year, followed by £140 annually, which is as cost-effective as some less expensive rivals’ cars. Of course, list price is a BIK consideration these days and even the test example (from £39,705) included over £4,500’s worth of extras, which creeps that figure over the £40k greater liability level.

Yet, it does not lack on the performance front, being capable of despatching the 0-60mph benchmark in just 7.9 seconds, with a top speed of up to 127mph, its first-rate efficiency being measured by an Official fuel economy return of 54.3mpg and even zipping around some of Cheshire’s back lanes, I returned in excess of 49mpg. The beefed-up ‘R’ suspension settings pick up slightly more road noise but the ride quality remains excellent and irons out many road surface imperfections. The car’s handling is also very positive, providing good feedback to the driver and grip levels are superb.

The next version I drove was in T5 R-Design Pro guise (from £44,400, but with precisely £10,000’s worth of options added to it). As I headed into the Pennines, to test its hill-climbing abilities, the 254bhp and 258lbs ft of petrol torque were worked hard and, against a posted 39.2mpg Official Combined figure, a return of 35.2mpg on the car’s on-board computer was not a bad result. Naturally, overall performance is excellent, this model despatching 0-60mph in a zesty 6.4 seconds, to a top speed of 137mph. However, a CO2 figure of 167g/km means a heavier road tax liability of £500 in year one, before reverting to the standard £140 annually thereafter. 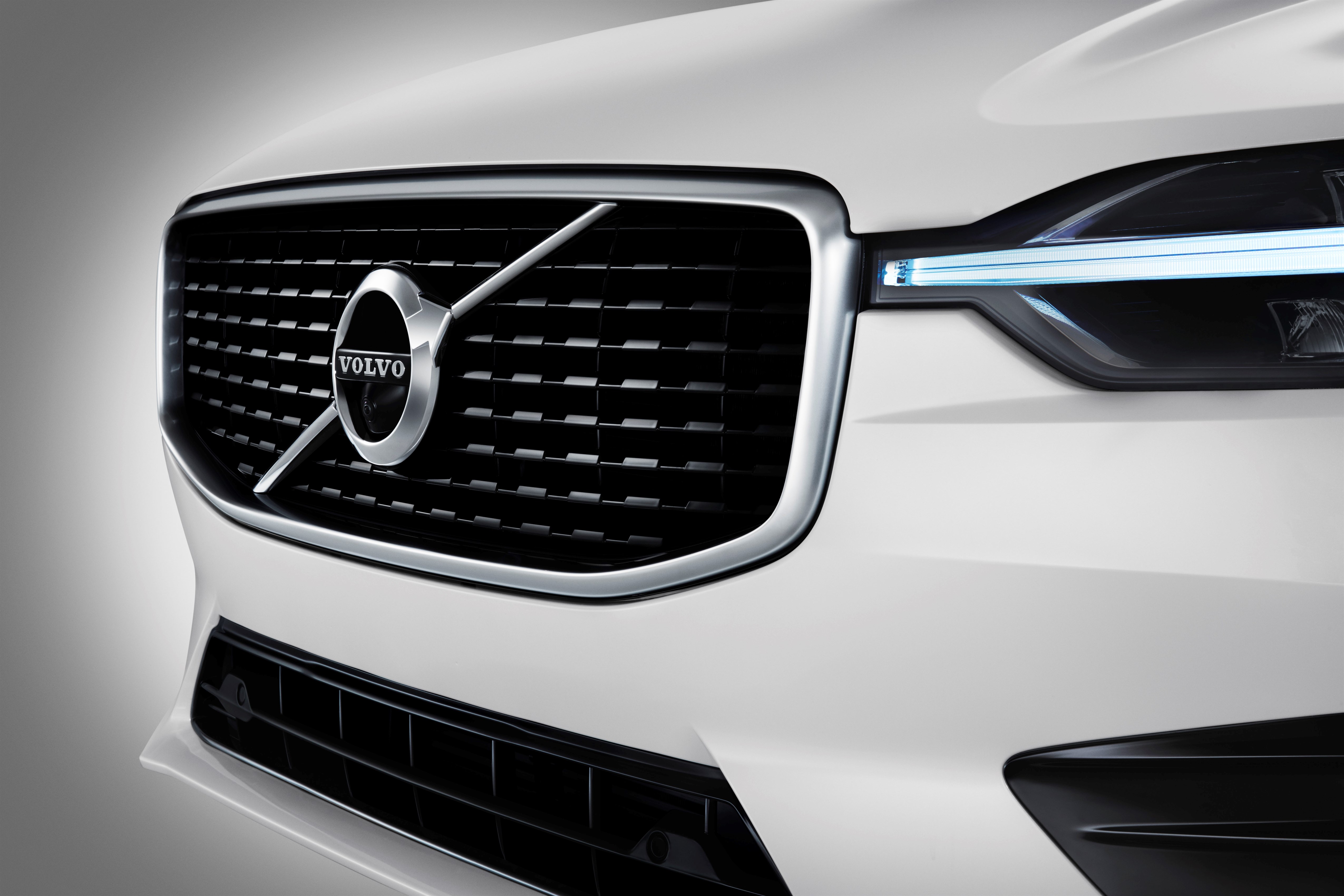 It is possible to tailor an XC60 to a fairly exacting specification but potential operators are advised to take care, notably for the taxable aspects, which I emphasise, because of its expected uptake rate within the business sector. Regardless, there is no single element of this new car that anyone will find objectionable. It is beautifully considered, well-made and a shining example of the fast-track development of the Volvo brand.

Although I freely admit to not being a 4×4, or SUV fan, were I to acquire a car from that class, I would make a beeline for the new Volvo XC60. It is, without any doubt, the best in class right now and I believe that its massive leap forwards will ensure that its potential rivals have a monster task ahead of them to catch up. Handsome. Understated. Beautifully crafted. Comfortable. Cosseting, without being oppressive. Unerringly safe and purposefully efficient. It is a compelling argument in Volvo’s favour.