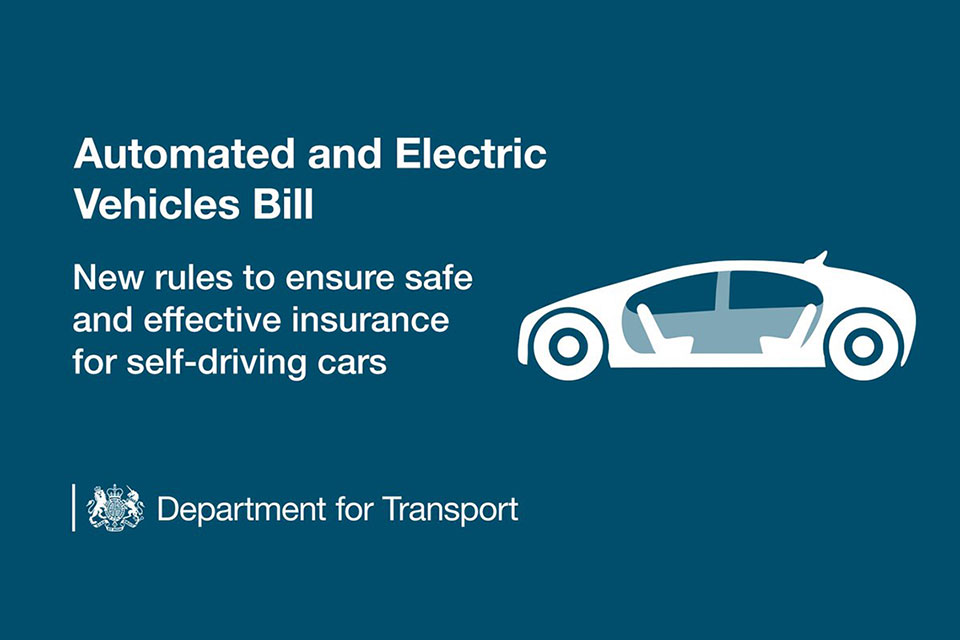 Motorway services and large petrol retailers will be required to install chargepoints for electric cars, under plans announced in the House of Commons by Transport Minister John Hayes.

The Automated and Electric Vehicles Bill will increase the access and availability of chargepoints for electric cars, while also giving the government powers to make it compulsory for chargepoints to be installed across the country and enabling drivers of automated cars to be insured on UK roads.

Automated vehicles have the potential to greatly reduce road traffic accidents – in 2016 85.9% of collisions causing injury involved human error, while official research estimates that the market will be worth £50 billion to the UK economy by 2035.

We want the UK to be the best place in the world to do business and a leading hub for modern transport technology, which is why we are introducing the Automated and Electric Vehicles Bill in Parliament and investing more than £1.2 billion in the industry.

This bill will aid the construction of greater infrastructure to support the growing demand for automated and electric vehicles as we embrace this technology and move into the future.

Drivers of electric vehicles will be able to easily locate and charge at any chargepoint, using information from sat navs or mobile apps, regardless of the vehicle make or model – making running an electric vehicle even easier. All chargepoints will have to be ‘smart’, meaning they can interact with the grid in order to manage demand for electricity across the country.

Automated and electric vehicles will help improve air quality, cut congestion, boost safety and create thousands of skilled jobs in the UK. We have already supported the purchase of 115,000 ultra-low emission cars and there are already more than 11,500 publicly available chargepoints, but the demand continues to grow as more people purchase electric vehicles to cut fuel costs and boost the environment.

Jesse Norman will also announce further funding for local authorities at the Smarter Travel Conference in Milton Keynes on Thursday (19 October 2017) to fund install chargepoints in residential areas where cars are parked on the street.

It is clear that government needs to do more to accelerate the take-up of electric vehicles, tackling the issues that are currently persuading motorists to stick with conventional fuels, as well as paving the way for autonomy

The test, though, will be how effectively those powers are exercised

All drivers of automated vehicles will be required to be insured and victims of collisions involving an automated vehicle will have quick and easy access to compensation, in line with existing insurance practices.

Insurers wholeheartedly support the development of automated vehicles, as they have the potential to significantly reduce the large number of road accidents caused by driver error. We support the approach the government has taken in the bill, as this will give the industry time to prepare for the commercial rollout of fully automated driving technology.