Technology advancements will take Polestar to pole position for Volvo 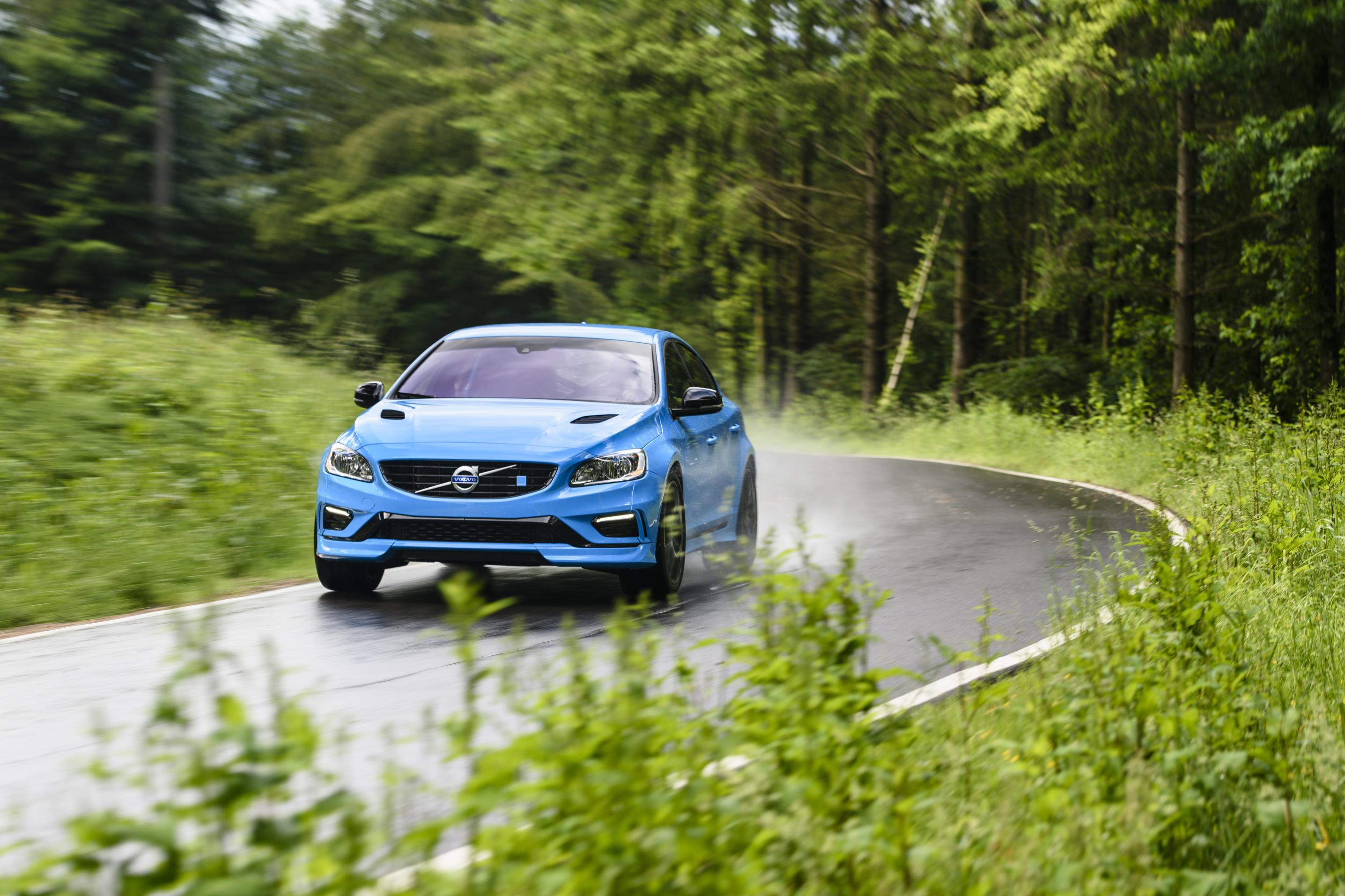 Loads of carmakers base their R&D operations close to racing circuits around the world and Volvo is no exception, writes Iain Robertson, as the Swedish Cyan Racing Team has spent almost a year refining the S60 model in that way.

All too readily, the classic Eifel Mountain circuit, the Nurburgring, has become a cliché for ‘high performance’. The troubled German venue has been the focal point for tyre-burners and exhaust-smokers on both two and more wheels for many years, all keen to partake of as fast a lap as they dare, even though ‘The Green Hell’, as it is often known, which can endure four seasons’ worth of weather conditions in a single lap, can draw them into its benign arms and chuck them off in spectacular fashion, barely flexing a tree-lined eyebrow in the process.

To be quite frank, whenever I am sent a notice from carmakers informing me that their latest ‘hot’ model has been developed on the ribbon of Teutonic tarmac that bends and twists notoriously across its own hilly landscape, I do my best to avoid it. Cars developed on racing circuits can be exceptionally ballsy but a suspension set-up established in the shadow of the medieval Nurburg Castle possesses, in reality, no possible potential for enjoyment on British roads. If you want a great example of how NOT to do it, just take a look at the outgoing Honda Civic Type-R (a new version is imminent). Even on its softest setting, it is far too stiff and lacking in resilience to tackle even the smoothest of our tarmac.

Another example was the ill-fated (only as ill-fated as its test driver) front-wheel-drive Ford Focus RS, which sometime rally champion, Colin McRae, developed for the company. The car looked phenomenal but handled like a pound of mince! McRae was convinced that he had done a great job and nobody within the firm’s marketing department would argue, as his driver’s contract was costing them a few million Pounds and force majeure would insist that he knew better, ergo they would too. However, there is a capability chasm of enormous dimensions between a World Champion rallyist and Mr and Mrs Bloggs of Acacia Gardens, however racy they might believe themselves to be. A Ford rally jacket does not a good driver make. 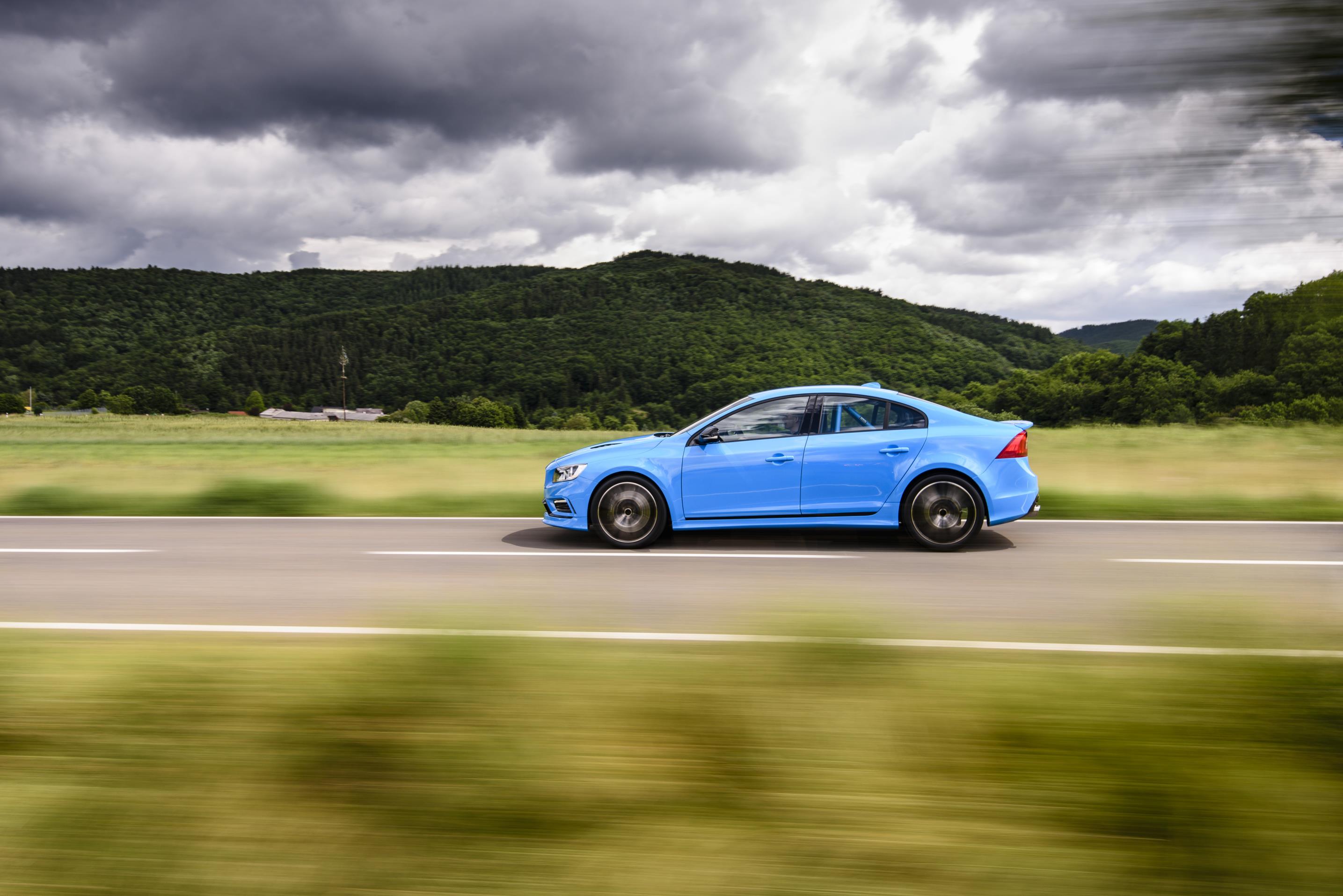 Yet, car companies by the score have posited their Research and Development departments in factory units located on the main road to Cologne (Koln) adjacent to the Nurburgring’s final flat-out straight. It has been a veritable money-spinner for the local authority and a major waste of ackers on the parts of those car manufacturers believing that contractual fee lappery can hope to be cost-effective, or even deliver a viable end solution for brand enthusiasts. There is the blowing of smoke and, then, the blowing of even more smoke…

However, Volvo, through its wholly-owned motorsport department, Polestar, which is also known as Cyan Racing, appears to be playing the game in a more rational manner. Following its inaugural entry in the 2016 FIA World Touring Car Championship races held at the venue, it was decided to retain a car at its local workshop to see how far it might be able to develop its potential, not just as a competition vehicle but looking to the future and the development of retailable Polestar sports models.

Of course, this type of development, intended as a two-prong approach, is typical of Volvo, which has its renown as a conservative, safety-conscious vehicle manufacturer uppermost in its endeavours. However, as the recent victory in the 2017 WTCC race proved beyond all doubt, it is a technological process that has allowed the company to dedicate itself to winning races, because such successes are used invariably as a means to promoting new models, a factor of which Volvo is highly aware.

Polestar is Volvo’s equivalent of AMG for Mercedes-Benz, or the M Division of BMW, or the RS of Audi. As such, it has a vital role to play in brand motivation and mobility. Volvo recognises the value of halo projects, which underpinned its decision to buy Polestar from Cyan Racing (in 2015) and to encapsulate it within its broader brand offering. Polestar had already created a series of concept models for Volvo, as well as limited runs of approved performance variants. As such, it also leads to the development of tickable options for other models in the Volvo line-up, while also enabling the development of quite specific road cars, mostly using that gorgeous shade of Swedish Blue, which possesses more than a soupçon of Bugatti vitality to it. 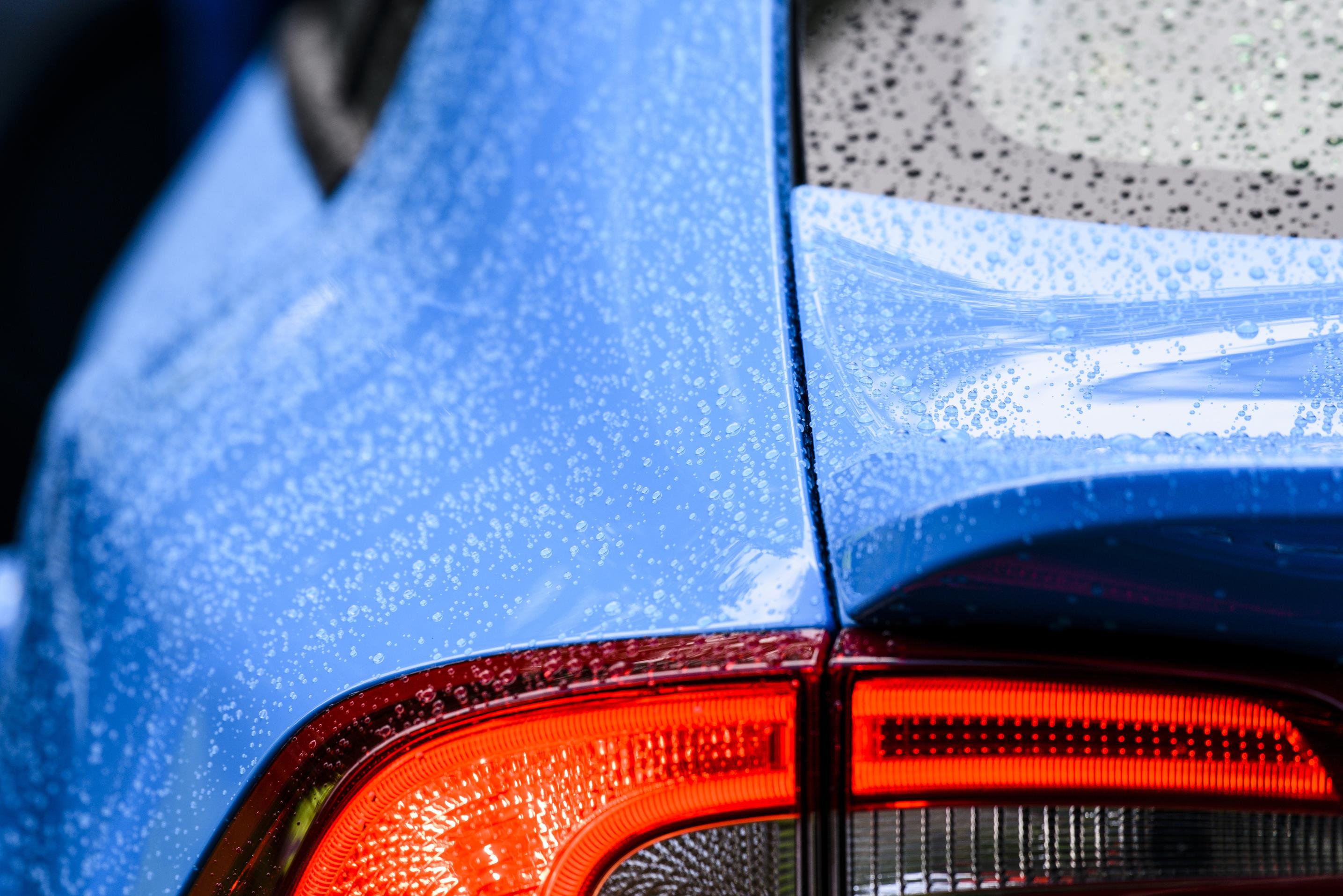 The development of Polestar models, just like the M3, M5 and other sporting BMWs, will be of great interest to a growing segment of the British company car market. With all of the fuss surrounding SUVs, it is too easy to ignore that the sporting divisions of several high-end brands rely heavily on UK corporate sales. However, the better-heeled members of the car buying public, many of which are readers of this website, will also be teased by Polestar Volvos and we are talking about major conquest business in that respect.

The car in the pictures is the S60 Polestar. Its engine, which is directly related to the modular power units currently located beneath the bonnets of over 60% of the Volvo range, has been tuned to a modest 367bhp, as much for reliability, as any potency advantage. It has the potential to do more. As a test bed, the car also develops suspension systems, traction control technology, brakes and transmissions, with all of the information being relayed back to Volvo HQ in Gothenburg, Sweden, where its on-going viability is contemplated in various ways.

The manner by which Volvo is forging its own important niche in the new car scene falls into line with its independent approach to the new car market, an aspect that Geely Holdings, the Chinese owner of the brand, believes in so heartily that it simply funds the entire operation and leaves Volvo to its own devices. It is a perfectly harmonious situation that is sure to lead to an involvement in Proton Cars (Malaysia) and Lotus Sports Cars plc, both of which are now part and wholly-owned respectively by Geely (having been acquired recently, in May 2017). The potential of a Volvo-Lotus partnership is immense and the British company’s engineering prowess is something worth mining. I guess that it is a case of watch this space but, in the meantime, a new Polestar model is imminent, as Volvo will surely want to capitalise on its Nurburgring successes.