Subaru Forester is the professional’s 4×4 innovator

Seeking automotive innovation is a rarity these days but Subaru can prove its competence with trusted technology that, according to Iain Robertson, is yet to be beaten by any of its purported competitors.

American electric carmaker, Tesla, has grabbed more than its fair share of great and grim headlines over recent years. The ill-informed believe it to be the answer to everyone’s prayers; decent EV range (in excess of 300 miles), zero exhaust emissions and an air of relative design normality. However, electric vehicles have been around since not long after the dawn of the motorcar.

Land Rover struts around the automotive scene, like it owns four-wheel-drive but, had it not been for Jeep and WW2, over 70 years ago, it would never have existed. Citroen may have cornered the aerodynamically sound and magic carpet ride sectors of the motorcar business back in the 1950s but it soon squandered them for Gallic banality not long afterwards.

Factor in antilock brakes, stability control, seat-belts and ’lecky windows on the least costly of runabouts and the abundance of innovations is clear for all to see and enjoy. Yet, a notional limit is reached by any and all such innovators. The flying, or floating, car is yet to become an affordable reality and the only remaining developmental light on the horizon is the questionable world of autonomous motoring. 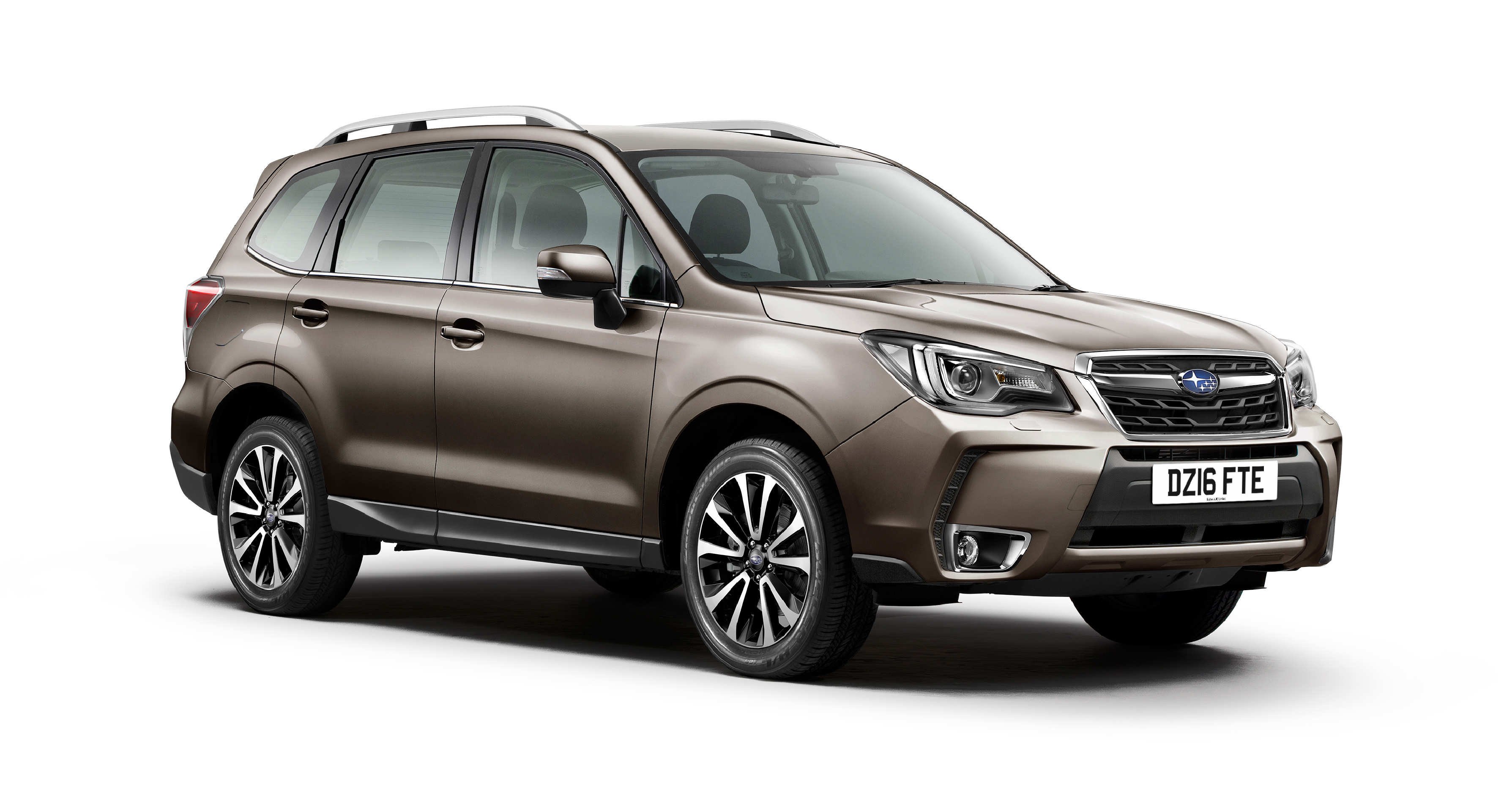 When Subaru first launched affordable 4WD in 1972, however basic was the system, it arrived with the relatively unheralded benefit of a ‘symmetrical’ layout and delivery. Had I been Subaru, I would have celebrated 2016 as the 44th year of 4×4 innovation at a level that remains unbeaten by any of the many subsequent carmakers that have adopted all-wheel-drive, as a means of providing unerring stability, control and inherent safety on all on-road and off-road surfaces. Put simply, if you want to go places and be sure of arriving, regardless of what Mother Nature throws at you, a Subaru is THE place to be.

Courtesy of an engine layout (flat-four configuration) that allows the propshaft to deliver its power to the transmission in a near-perfect straight-line, the drive is uncorrupted, a factor that improves all of the several core benefits of 4WD and ensures impressive performance, regardless of surface, regardless of conditions. It is a system that has been enhanced, if not improved, with the advent of antilock brakes and electronic stability control.

None of Subaru’s rivals in the 4×4 scene can boast of a more efficient and efficacious drive-train. The vast majority of them are front-wheel-drive vehicles that feature transverse engines, by which the drive-line is corrupted, because it has to negotiate a corner in its delivery. More importantly, I have tested the technology to its ultimate extreme…a 45-degree grassy slope, complete with a recent rainfall dampener. I pitted an all-singing-and-dancing Honda C-RV against a similarly priced Subaru Forester, having managed to park them side-by-side in a Scottish field. 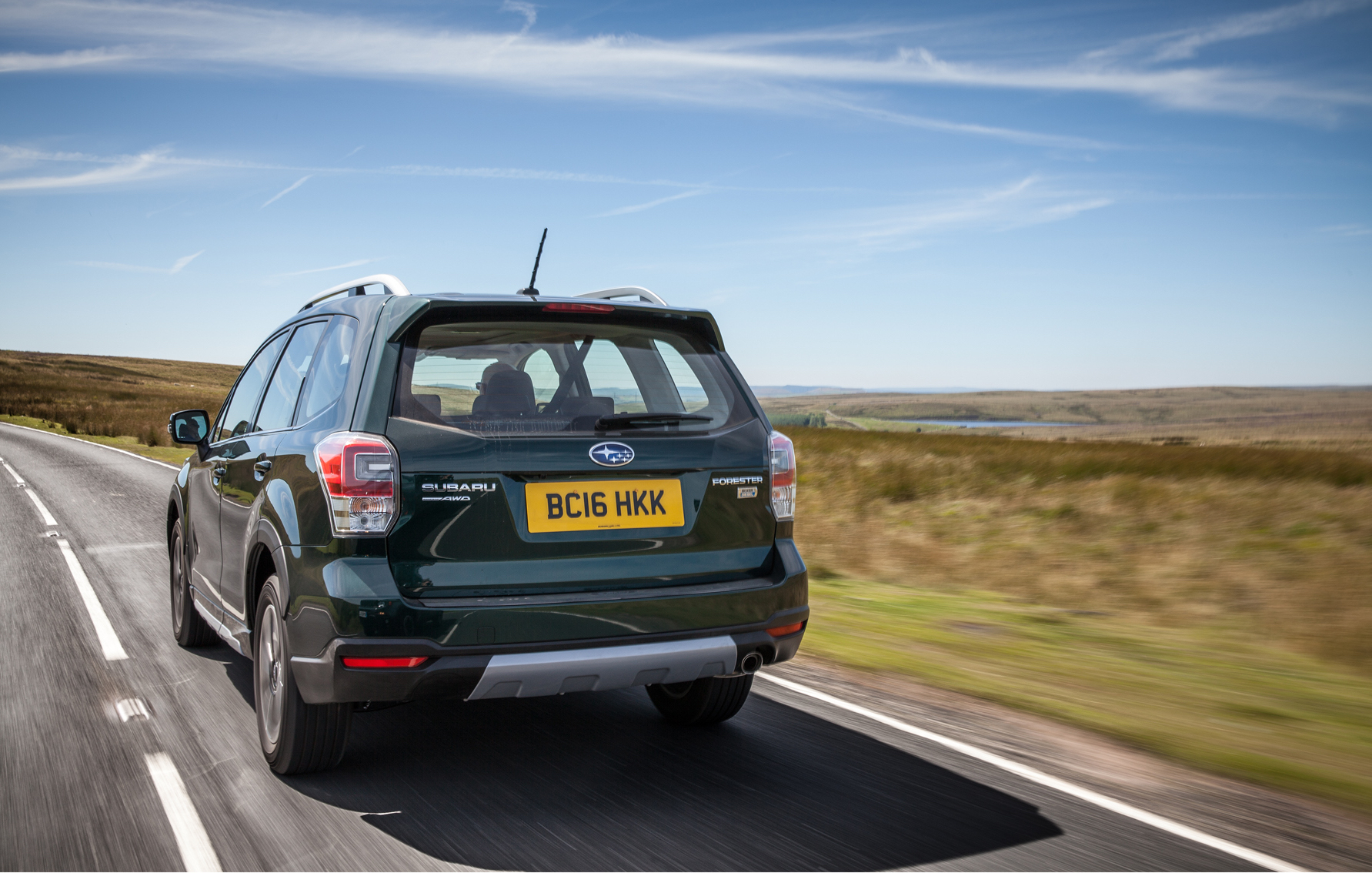 The Honda attempted this gruelling test first. It stalled. Upon restart and a more judicious application of throttle, it did not even dig in and, with its front tyres spinning helplessly, with virtually zero drive to the back axle, it started an inexorable slide downhill towards the silvery River Tay, only avoiding disaster by turning away from a watery doom. The Subaru? ‘Digging-in’ is the best description. Without so much as a millimetre of rearward slip, the Forester settled down on its suspension and simply drove up the hill effortlessly. It was the measure of drive-train perfection.

However, it is not the only one, as a colleague and I shot a video that contrasted the all-conquering Land Rover Defender with a Subaru XV, on one of Land Rover’s specifically designed 4×4 test sites. Despite having the odds stacked against it, the XV not only avoided wheel-slip but also tackled a couple of severely ‘broken’ surfaces (railway sleepers and upturned logs) with barely a moment’s head-sway (the most exhausting human aspect of driving 4×4). Subaru beat Land Rover on its hallowed ground and you can watch the video (with combined viewing figures that have now topped 1m) on You Tube, for further confirmation. All alternative systems to Subaru’s Symmetrical layout are inferior.

Firstly, I must apologise for not providing my usual stock of original photographs with the Forester model tested here. Unfortunately, despite driving on familiar ground at Grange Farm, near Wittering, as I dipped the car’s nose gently into a lake at the farm, which forms part of its renowned off-road course, it broke through the ice, which speared upwards and ‘destroyed’ most of the trim on the front of the car. The damage is strictly superficial but not really photogenic.

I should highlight that this particular model is the 2.0i XT Lineartronic, which could be, to some observers, the worst combination of all components; a turbocharged petrol engine and a CVT automatic transmission. Yet, I feel that it is an important combo, most especially as diesel is back under the eco-spotlight again, with some unfortunate, negative spin-off. However, it is also a rare treat to drive a modern iteration of what is essentially an ‘old skool’ Subaru firecracker.

Armed with 237bhp, it will come as no surprise that the 1.62-tonnes Forester can be motivated enough to despatch the 0-60mph benchmark acceleration time in a brisk 7.2 seconds, coursing onwards to a posted top speed of 137mph. It is quick and, despite the slight damping effects of a seamless CVT, it feels it. However, there is no lumbering around. Its electronic power steering provides crisp responses at the helm and the auto-box is by far the most improved and best example of a constantly-variable, belt-driven transmission that I have yet driven, complete with six step-off points that present seven ‘faux’ forward gear ratios that can be shifted by stick, or paddles.

If there is one ‘killer’ it lies in the fuel consumption, which is always a bugbear of flat-four, horizontally-opposed engine layouts. The fact that it is a Subaru and therefore almost demands full-throttle applications (when safety and surroundings allow them) does not help the psyche. I returned a less than flattering 23.2mpg against a posted Official Combined return of 25.2mpg, which is not bad considering…mind you, on a more concerted MPG test, I did attain a somewhat kinder 27.6mpg. The truth is, corporate and professional users will have less of an issue with this than private buyers, as they will take on Subaru for what it achieves supremely well, in almost every other area, usually by need.

Benefiting from the addition of markedly higher quality trim and instrumentation, the Forester now represents a delightful ‘event’, every time you enter, or alight from, the cockpit. It is a comfortable environment, aided by easy-to-use and uncomplicated switchgear that covers everything from stereo operation, accessing sat-nav, operating the on-board computer and the heating and ventilation system to reading the dials and digital displays. The seats are superb, offering an excellent range of adjustment, supported by  a rake and reach adjustable steering column. 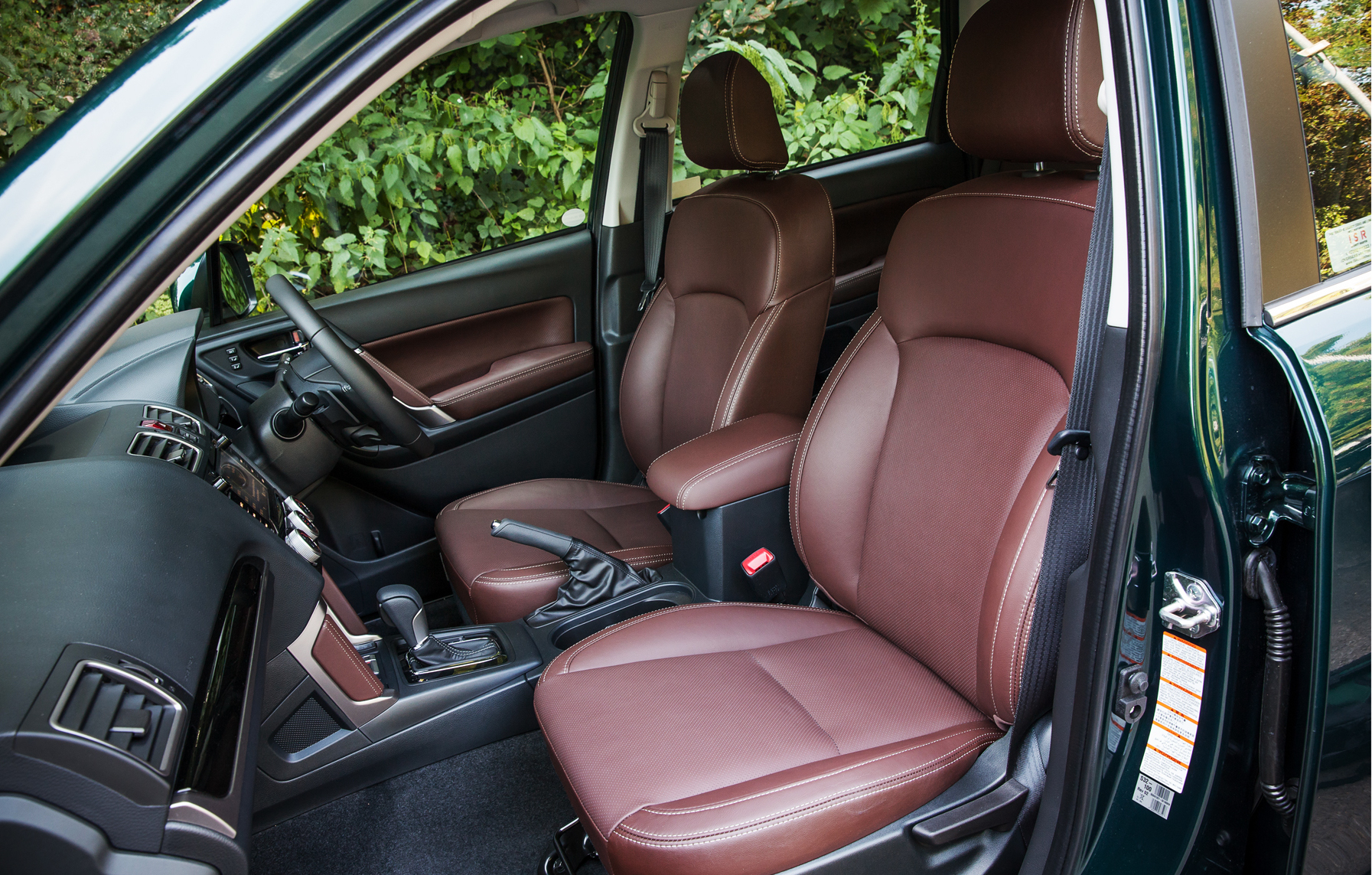 However, despite the enticing performance envelope and the competence of its classy interior, it is the ride and handling that is the most important mark of a star turn from Subaru. The actual ride quality is firm but exceptionally compliant, quiet and capable of riding out the worst of surface imperfections. Yet, we return to the fail-safe drive-train for the handling aspects, which are not just beguiling but also impeccably true to driver input. Very few motorcars, even those boasting 4WD, can provide such an unerringly secure and safe handling potential, which possesses a delightful and well-balanced sporting edge.

Even carrying a competitive price tag of £30,995, for a well-equipped and competent SUV, the Subaru Forester feels more car-like and less compromised than any of its purported rivals. However, I would venture to suggest that, like Volvo, Subaru is a stand-alone brand that defies actual comparison. The latest Forester is an excellent evolution of the model that, in petrol form, provides a performance enhanced proposition to buyers in that market segment. It is a bit of a left-field choice for sure but one that is pleasingly neutral too and its second-hand value retention is high.