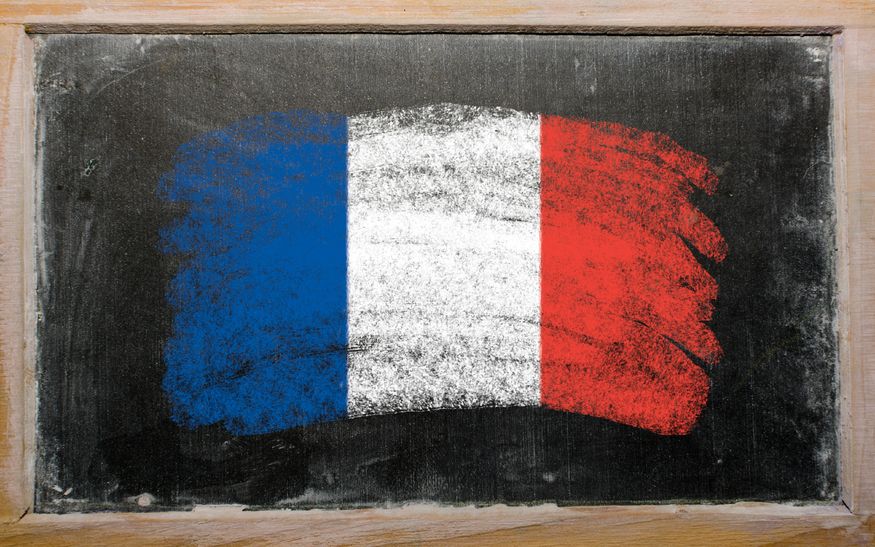 I have recently returned from a scouting trip to Marseille; a trip we embarked on just to enable me to write this blog. Can I make it clear from the start; this was in no way a romantic weekend away planned by the Mrs.

The lesson starts in Newcastle airport as the Mrs and I are sat sharing small talk and a few drinks prior to flying off in to the sun for some quality time together… I mean, before researching the best bars to drink in, obviously!

Anyway back to Newcastle airport – normally a scene of middle aged neanderthals waddling around the place with an air of arrogance and superiority, all decked out in Toon shirts, looking something akin to the latest documentary from Sir Richard Attenborough; with me wishing for a predatory lion to cull the herds. However, due the the bar codes’ recently wonderful demise, there was a complete lack of those black and white stripes. Instead they had been replaced by sweat-stained Everlast shirts or what ever other brand Mike Cashley was currently offering at 3 for £10.

It was indeed a surreal experience. An experience however that was very quickly brought back to an unfortunate reality. Two groups entered the bar we were sat in, the first a group of 7 lads about 20-25 years old. They were dressed in shorts and muscle vests and proceeded to try and ram as many pints down their throats before flying off – obviously their destination might not sell alcohol, so who can blame these lads for topping up… you just don’t know. The only time these lads looked up from their beer was when a group of bleached-blonde middle aged women (yeah I’m sure they were women) walked past. These women – who I’m sure were the inspiration behind a popular ‘grown ups comic’ of the 90’s – were off to Benidorm on a hen weekend. I know this because it said so on their figure hugging tank-tops. Our gallant lads were all over them in a flash trying to woo them right there and then in the departure lounge. It was a true Geordie love story; 7 slobs for 7 slappers.

The Mrs and I transferred in Amsterdam, and as we queued to board I noticed a gang of French lads; roughly about the same age as our 7 gallant Geordies. These guys however were not drinking – it didn’t appear they’d had a drink all day, or that they were trying to cop-off with anyone who had a heartbeat. No, this gang of youths were watching the Champions League final on an iPad, and as the queue grew so did their audience. Every man was trying to catch a glimpse of the game, and these lads were only too happy to let them watch, whilst chatting and laughing about the action. A complete opposite to what I’d witnessed in Newcastle – and to be fair, it was a refreshing change.

As we travelled from the airport to the town centre, we passed numerous football pitches that were clearly available for any group to just turn up and play on. These were not just strips of grass with a couple of battered, and off-centred goals posts; these were marked out pitches replete with goals and nets. There were grass pitches, ash pitches, and artificial pitches and all appeared free to use. I recently asked my 20-year-old son why he hadn’t been playing much football recently, his reply was “Dad we can’t afford to pay £70 an hour for 7-a-side pitches whenever we want to play football”. Just what has happened to all the available football pitches?

In Marseille itself, everything was gearing up for the Euro’s. Everything was getting a clean, an upgrade; a new this, and a new that.  It really was a city getting ready to embrace football. As we strolled around the harbour (researching) there were kids kicking a ball around. Whenever the ball rolled towards the water, people politely passed it back and when it was a middle aged man it was drilled back to the group of lads with the accuracy of Paul Gascoigne. Never did anyone hoof the ball into the middle of the harbour – something we all know would happen in England as some smart arse tries to land it straight into the Asda shopping trolley.

France is a very beautiful and clean country, but also a country that fully embraces sport. They promote sport, encourage everyone to participate or feel part of, and treat it as an important part of their make up.  It’s not just football, though. There were also rugby pitches, tennis courts, even properly marked-out volley ball courts with nets and tape; not an oar or a heel marked line in sight. The French – as in many other countries – have dedicated newspapers that are just for sport – purely sport. That’s how much interest in sport there is in this country. The only paper I could find in England that bore any resemblance was the Daily Sport – yet the latest headline in this rag was about a bloke who claims he’s bonked 500 women ‘because he looks like James May’.

If, as a country, we are to challenge at any serious level of sport, we need to really look at how the continent does it. It’s not our given right to win World Cups or European Championships; we have to work at it – and that’s right from the top of the government, down to the grass roots level, and how we approach sport in schools, too. We have to make sport accessible for all and not just the rich or elite. Until we we do, the only competitions I can see us winning are the ten-pint dash or the 500-woman marathon.