Five racing luminaries were inducted into the Motor Sport Hall of Fame on Tuesday 31 May 2016 at the Royal Automobile Club’s Woodcote Park country estate.

This year was the first time the inductees were decided by the public and, after over 25,000 votes were placed, the new members included Sid Watkins (Formula 1), Dan Gurney (US racing), Valentino Rossi (motorcycles), Sébastien Loeb (rally) and Derek Bell (sports cars). 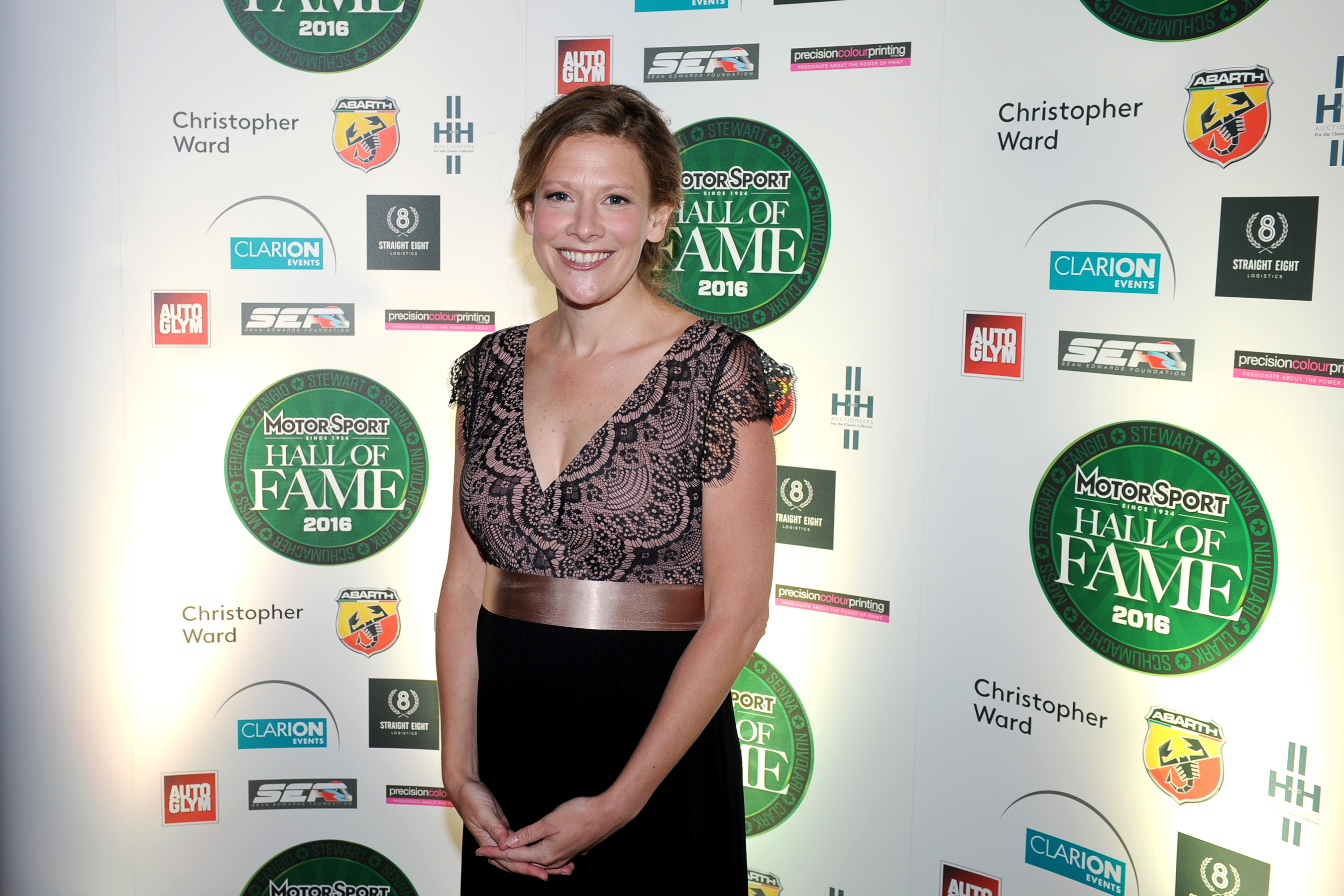 After an afternoon tea of sandwiches and cakes guests made their way to the Fountain Lawn to watch demonstration runs of various cars and bikes that were at Woodcote Park for the occasion. From the ex-Stirling Moss Jaguar C-type to an ex-John Surtees Honda via an ex-Colin McRae Subaru Impreza – the cars braved the damp conditions to blast up the Captain’s Drive. The Porsche 962C, with Derek Bell behind the wheel, notable had no grip in first, second, third or fourth… As a wonderful tribute to his father Mike, David Hailwood rode one of Mike ‘The Bike’s’ Hondas up the hill.

The evening got underway just before 7pm with more demonstrations up the Captain’s Drive. After which editor Smith opened the evening with a speech on stage. This was followed by Daphne McKinley Edwards, the mother of the late Sean Edwards, giving a moving speech about the progress The Sean Edwards Foundation has made in motor sport safety.

The awards themselves kicked off after starter and main course with the rallying category. The nominees included Hannu Mikkola, Sébastien Loeb and Richard Burns. It was the Frenchman, and nine-time WRC champion that won the award, presented by Paddy Hopkirk. He was touched at the thought of following in the footsteps of Nuvolari, Moss, Senna and Schumacher and paid thanks to those that got him started in motor sport.

It was sports cars next and Tom Kristensen was on stage to present winner Derek Bell with his award. Runners up in the sports car category included Pedro Rodríguez and Brian Redman. There’s clearly plenty of respect between these two (who have 14 Le Mans wins!) and Derek paid respect to those who chose sports car racing as a career over F1.

Next up were the motorcycles and from the choice of Joey Dunlop, Valentino Rossi and Mike Hailwood the public chose the charismatic Italian. Rossi, speaking from the Yamaha motorhome at the Spanish Grand Prix began: “Hi to everybody and I am very happy and very proud to enter into the Hall of Fame. It is a great shame that I cannot come over there with you, but I wanted to say thank you, thanks a lot. I am so happy – I will put the prize in my bedroom so we can sleep together!” Talking of the founding member on the trophy he said, “Being with these important names of motor sport is fantastic. Thank you to everybody and I hope to see you next time.”

After pudding and coffee attention turned to the US racing scene and three-time F1 world champion Jackie Stewart was on hand to present the award to either AJ Foyt, Dan Gurney of Roger Penske. The award went to his great friend Gurney. Dan, who sadly couldn’t make the evening left a heartfelt message:

“Motor Sport Magazine, the green one that I remember Jenks used to write… Well, certainly I am touched to be considered to be a part of this group listed on the trophy, people that I have looked up to all my life, some that I raced against. I appreciated the fans, if there was a vote and they voted me in I say ‘thank you very much!’ I am glad that I have managed to get in and I want to thank everyone from the bottom of my heart.”

Last but by no means least was the F1 category. It was hotly contested between Sid Watkins, Gilles Villeneve and Cosworth (Mike Costin and Keith Duckworth). McLaren chairman Ron Dennis was on hand to help present the award to winner Watkins’ wife and son. He told a wonderful story about how Sid had shaped his daughter’s career (after a “dissecting” of a salmon) and emotions ran high as Jennie Gow closed the evening to rapturous applause. 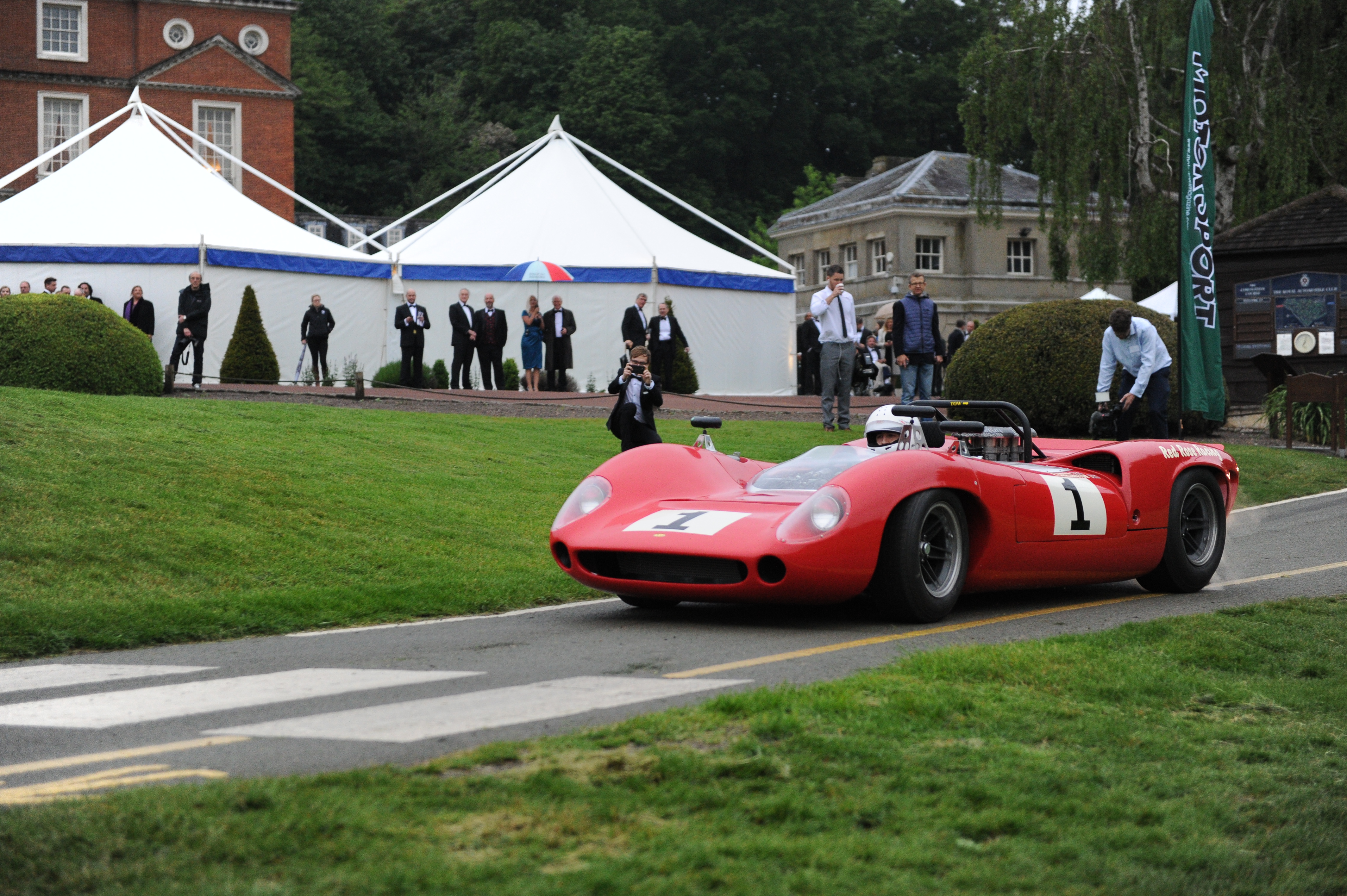