It would not be an Iain Robertson car report, were he not criticising something but, while a model name-style irritates him, he understands the Audi allroad intrinsically and appreciates its up-market leanings.

When typing, typesetting and sub-editing pieces of writing, most computers and word processors, of whichever classification, can handle capital letters being used for Proper Nouns. When they need to be lower-cased for cars as diverse as the smart fortwo (or forfour) and the Audi allroad, let alone the blessed upside-down exclamation-mark that Volkswagen wants for its lower-case up model, or the complete mess presented by the Kia cee’d, for which the lower-case model name is accentuated by an apostrophe (it is worse for the three-door variants, which factor in an underscore as well: pro_cee’d), they can create all manner of issues.

For a start, it is easy to forget the capitals, or the order of the speech marks, which then upsets the next character in the sentence and, if the ‘auto-correct’ function is operating, it can be the devil’s own to stop the laid out text from reverting to, what its ‘brain’ tells it, is correct. As I scan briefly across the aforementioned words, I can spot the wobbly red line beneath each of the models mentioned, which is urging me to alter the spelling, or leave it at my peril!

To be frank, I think that Audi ought to use capitals for ALLROAD, in much the same way that BMW (Bayerische Motoren Werke) requests capitals for its version of MINI (meant to differentiate between the Issigonis original and the monster developed in Munich). Mind you, how far can you go with this, when SEAT is meant to be capitalised (an acronym, it stands for Sociedad Espanola de Automoviles de Turismo), as is FIAT (Fabbrica Italiana Automobili Torino). There are others, trust me.

My reasoning for capitalising the allroad lies in the fact that Audi is an all-conquering brand, which has experienced such a total turnaround since it went out of business in 1940, passed through ownership by Mercedes-Benz, only to have the brand name and the Four Rings emblem reinitiated in 1965, just before the fast-developing Volkswagen Group took over the company and its primary Ingolstadt car plant completely. It has endured quite a history and a most complicated one at that. While Audi helped VW to forge a new direction in front-wheel-drive, because most of its production had been rear-engined and rear-driven up to that point, its importance to the Wolfsburg company can never be ignored.

In many respects, allroad is as comprehensively descriptive as Ka is for Ford’s baby and Tipo is for Fiat. It is far closer to a generic handle than Transit is for light vans. As a result, it is a most worthy machine.

I can still recall the original launch exercise for the allroad, which, to be fair, should be given its proper name of allroad quattro (yes, another name that warrants a lower-case, even though my personal computer loathes it!). In 1999, the allroad was based on the A6 Avant (estate car) platform, whereas the model tested here, now almost as dimensionally large as the A6, is actually on the latest A4 platform. In fact, the A4 variant only emerged around a decade after the original allroad, as part of a niche-filling exercise, as the slightly larger and costlier A6 allroad remains in production. 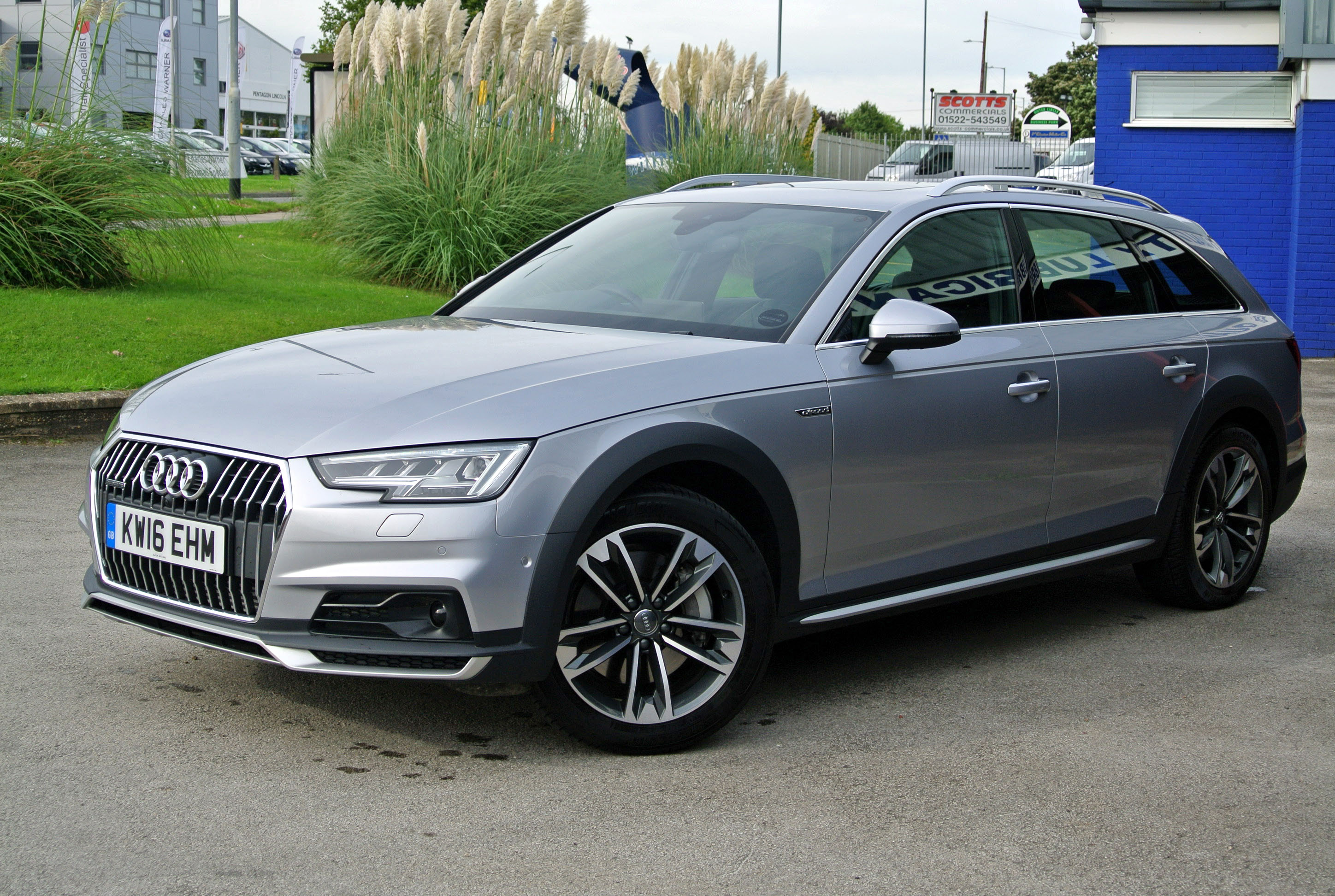 The whole concept of allroad was based on a wholly new crossover segment, the wheels of which were starting to turn in earnest at the turn of the Millennium. To be fair, the Subaru brand had been dabbling in capable but lower ride height alternatives to the SUV sector for the best part of the prior three decades, so Audi could scarcely be called a pioneer in that respect, and both Toyota and Nissan were already adept players in the ‘crossover’ scene. At around the same time, Volvo also introduced us to its first XC (Cross-Country) version of the V70 estate car, which became an immediate rival to Audi.

The German product stole an immediate advantage with its rally-developed 4×4 system, the effects of which were augmented by air suspension that could be adjusted to raise the ride height of the Audi to ensure that it was by far the more competent off-roader. Our UK test session took place on the grounds of Woburn Abbey, where a hilly field, pockmarked by mounds of earth, provided a very testing ground for what was a premium priced and classified motorcar. It may have scraped its belly on some of the sharper crests but it never lost drive at any stage. 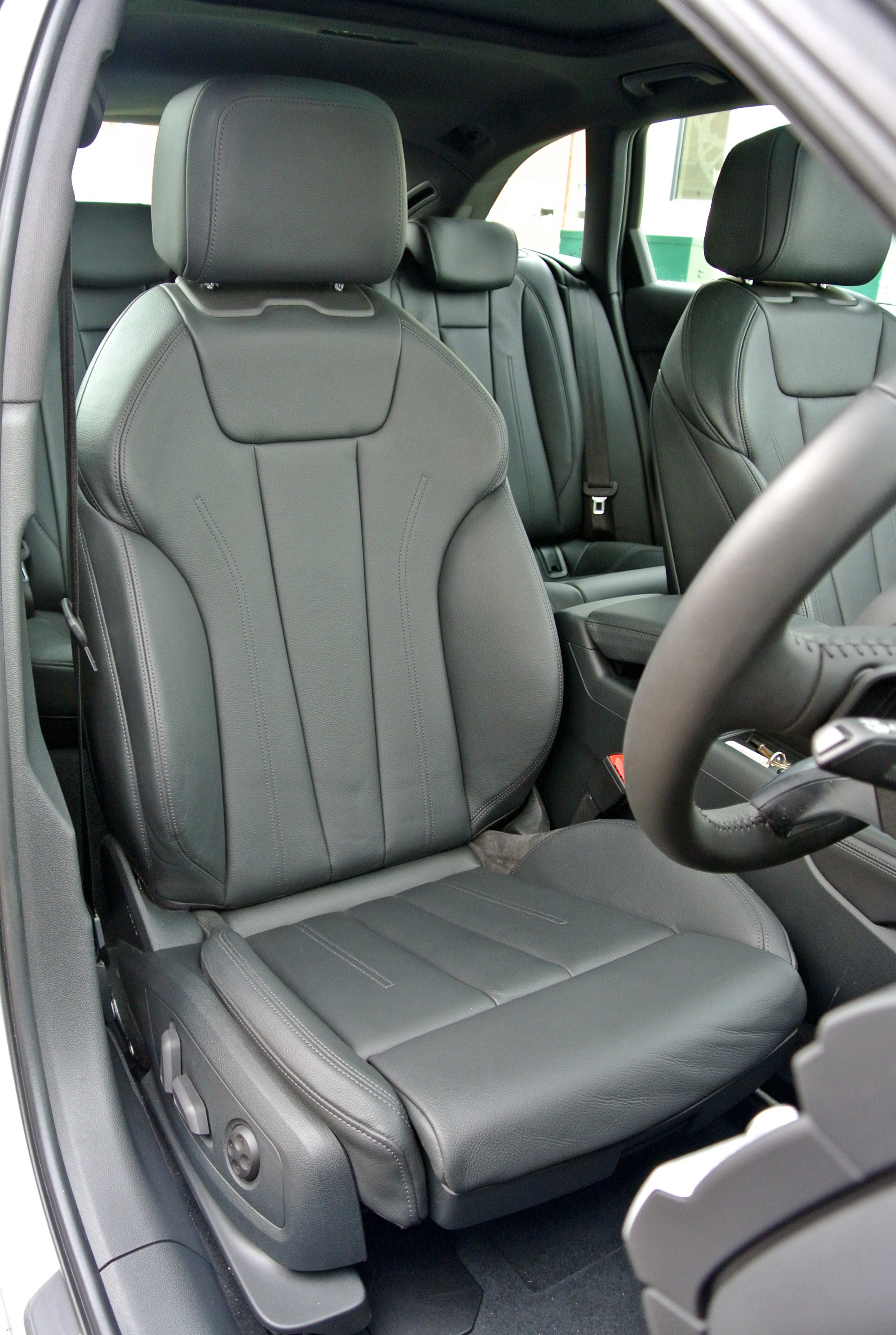 Yet, I cannot complain. Audi buyers spend at least 25% extra spec’ing up their cars every time they visit a ‘Four Rings’ dealership. The only consolation is that somewhere in the region of 90% of ALL Audi’s are acquired for business use, which equates to a combination of fleets and user-choosers, all the way down to the one-man-band, desiring a slice of prestige in the domestic driveway. However, the more that businesses spend on their vehicles (I would have stated ‘invest’, except that I have never comprehended fully how a fast-depreciating ‘asset’ can be called either asset, or an investment), the costlier will be the products, or services, that they sell to you. Work that one out!

However, the A4 allroad is a gorgeous car. It is handsomely proportioned and so beautifully detailed, both inside and out, as well as within the load area, that you would simply never question its status…even though it is a more expensive Skoda (sorry!). Mind you, no Skoda has ever been powered by the flaming amazing 3.0-litre V6 turbo-diesel engine that fills the under-bonnet cavity in this Audi.

Displacing 2,967cc, it develops a gargantuan 268bhp and is armed with a tree-stump pulling 442.5lbs ft of torque (a convenient conversion from the 600Nm quoted for the European mainland markets). It drives all four wheels, complete with their torque apportioning capabilities, through an 8-speed fully-automatic transmission, complete with paddle-shifts, not that you would ever need them, unless you indulged in serious mud-plugging. Including an average stature driver, this little lot weighs a not inconsiderable 1,805kgs, although it is capable of towing a two-tonne trailer, which should not come as much of a surprise.

Riding on optional (+£850) 18-inch alloy wheels, the adjusted CO2 rating is given as 143g/km, which equates to an annual VED of £145, which is not a bad figure to swallow for this car’s substantial performance curve. It will accelerate from 0-60mph in around 5.2 seconds, which is verging on supercar territory, while its top speed is politically limited to 155mph. It is one of the quickest diesel-powered cars sold today, although its Official Combined fuel return is given as 52.3mpg (on the 18-inch alloys) and I attained a still highly respectable average of 44.2mpg in a week’s worth of motoring.

Of course, the luxurious interior is awash with tactility and the multi-functional, instrument panel screen also contains the now renowned full sat-nav map read-out (by reprogramming the size of the conventional speedo and rev-counter dials). Although well laid-out, the dashboard and centre console are not the most ergonomically perfect in the class (for which you must look towards BMW) but everything seems to fall to hand eventually and the additional B&O alloy fillets add a touch of class to interior detailing. 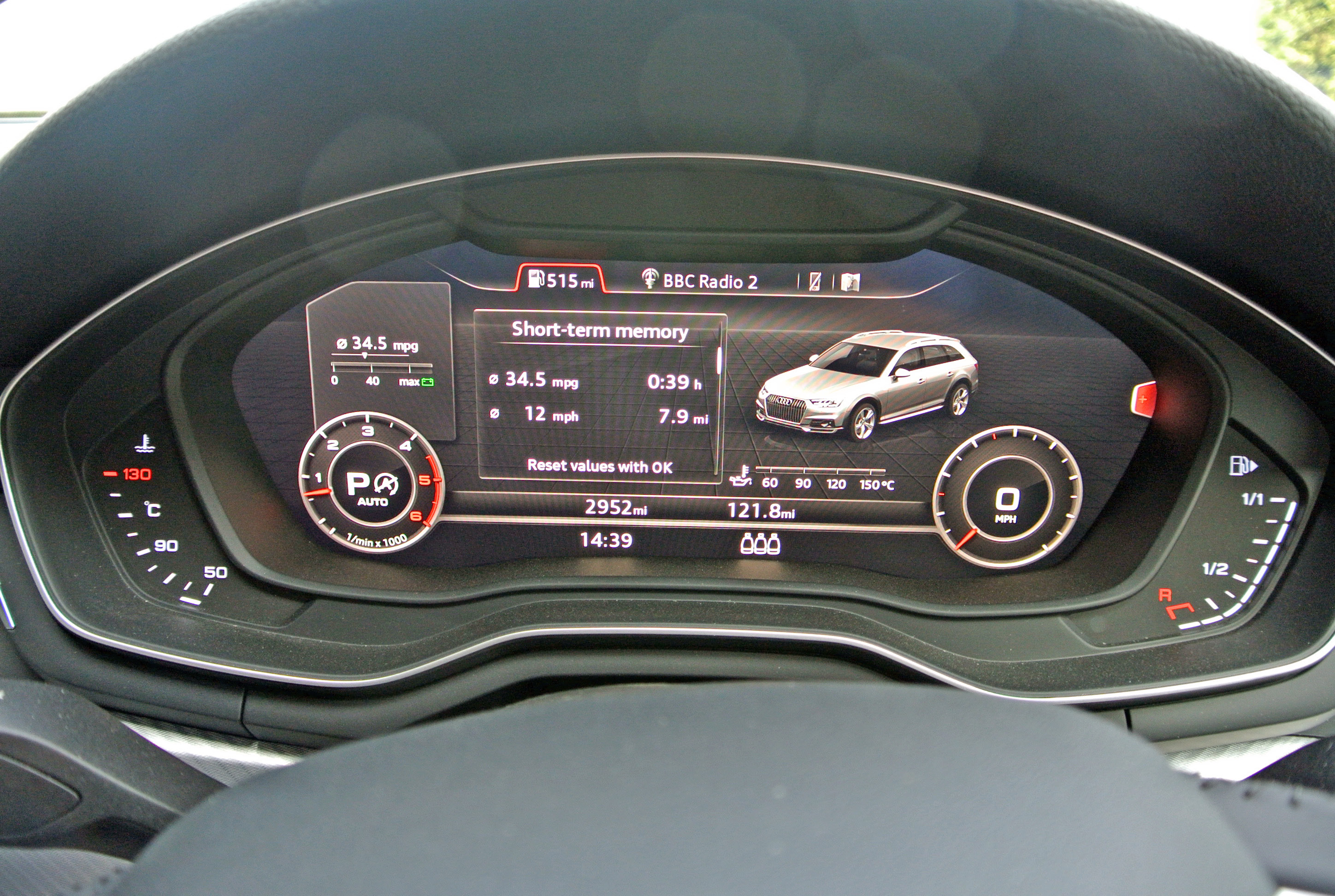 Although the A4 allroad does not ride on the airbags of its bigger brother, its lightweight alloy suspension system provides a ride quality that can be adjusted electronically between silken and quite firm. The steering is lovely, providing both a positive feedback from the road, while disguising its speed adjustability most successfully. The brakes are awesome.

Audi produces some of the finest cars on our roads. It is eminently understandable for the brand to continue developing in an upwards direction, to a loftier location someway above its VW Group stable-mates. While I think that some of the pricing is exorbitant, no matter how much I might desire an Audi, it is somewhat out of my reach…new, at least. Yet, snaffle up a decent second-hand example and Audi-world can be yours!