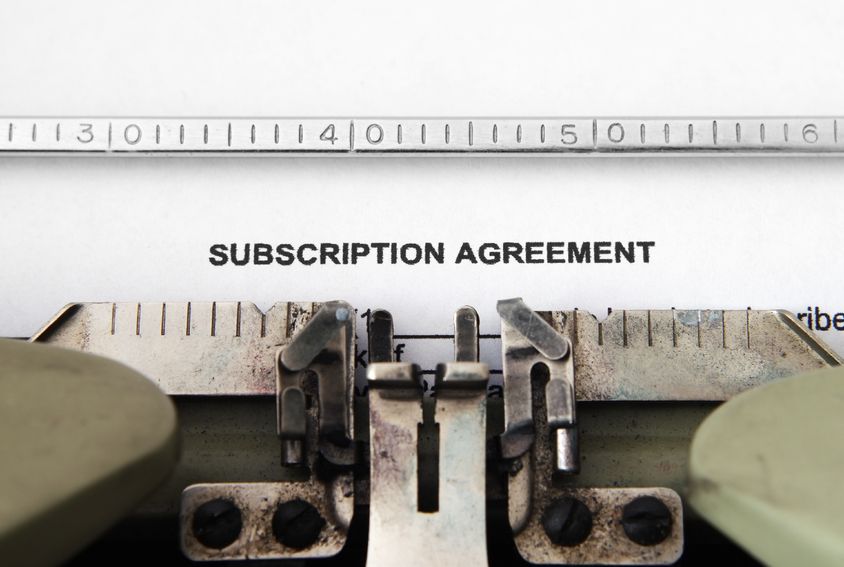 You’ve got a great idea for a new subscription business model; a novel and unique service offering that you just know people will love – and at a ridiculously low price to boot.  Confidence is stratospheric…but no one buys.

In this digital age, news, data and – dare I say – gossip, is free to access.  Always.  In an age where the behemoths of media are struggling to monetise their online offerings (save for pay-per-click advertising revenue), underestimate the frugality of your potential clients at your peril.

I’m speaking from personal experience here – having previously established a unique service offering that was designed to provide a stage for budding entertainers of all genres.  We had a fantastic website, exciting artistes on board, advanced contract discussions with promoters and a great buzz about our product.  We were offering so much for so little – a whole year’s subscription for £1.

Not a single subscriber in a year.  Not one.  Why?  People just will not pay.  Think about all of the free-to-access services – YouTube, Facebook, Twitter, Pinterest, BBC News, Sky News…to name but a few.  Would you continue to use them if they started charging for their services?

Some (now) well established brands have started out on their entrepreneurial journeys with the hope of profiting from a subscription service.  Take WhatsApp for example.  The initial offering was to have your first year free, followed by an annual fee of 99p from year two onwards.  No one subscribed so they lowered the fee to only 69p.  No one signed up.  Facebook snapped them up before they introduced advertising; but despite having a facility to send messages, photos and make unlimited calls – including to international cellular phones – for free, no one was prepared to pay even a paltry sum.

Established initially by students who wanted to return home cheaply, the UK’s first car sharing company tried to monetise the service through an annual subscription of £5.  Guess what happened?  Then they reduced it to £1 per year.  You guessed it!  Their first ‘paid gig’ came from the company behind Glastonbury; who paid them to run a car sharing scheme to minimise traffic around the area during the festival (and to minimise complaints from locals, too).  Their successful business now derives income from corporations – NOT subscriptions.

Many have tried, and failed, to establish revenue through subscriptions.  As consumers we don’t simply crave free services – we expect and demand them.  I’m not saying your subscription model won’t work, but history and human nature shows that it better be something that we simply can’t live without if you want us to pay for it!  Perhaps it’s time to think of other revenue streams for that great idea…?

What have your experiences on establishing a subscription model been?  Do you in fact pay for subscription services (and buck this trend)?  Let everyone know in the comments section below.

Why you not talking about Netflix,Salesforce,MailChimp and other successful subscription businesses?

Industry is moving towards products to pay on go Go model.

I think that every business will shift to subscription business in upcoming years .

We need to identify the customer need and fit the services or products in subscription model then it will works.

Hi Vijay. You raise an excellent point – thank you. The title is ‘nearly all’ models fail – mainly because we see the gargantuan success of titans such as Netflix etc. and believe that we can emulate them (hoping for the next unicorn!) I agree with you on customer need – but what about perceived value? What appears like a ‘bargain’ to us…’only £1′ for example can still not be low enough to tempt customers. WhatsApp may well have failed as £0.99 wasn’t deemed to be good value. Unfettered access to 100s of movies…maybe there’s value there, however…Thoughts?

Ashamed and a failure

I am a complete failure at my business Traveltalk. No one is paying for subscriptions and I look like an idiot..