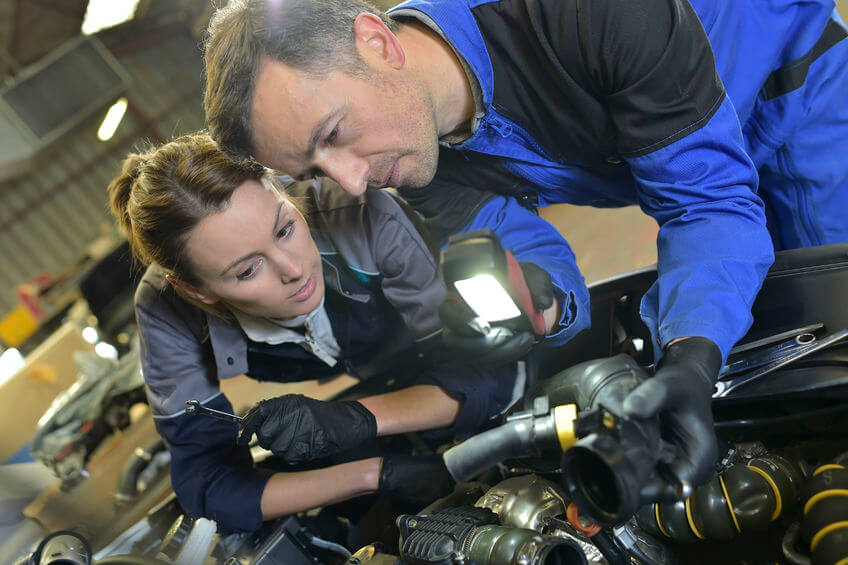 At a time when the UK government is lauding ‘all things apprentice’, these findings are frustrating and bile-inducing in equal measure.  With the cost of apprenticeships effectively written-off through governmental grants and the cost of training disposed of into the annals of legitimate expenses, more action should and MUST be taken.

The study, conducted by Positive Outcomes, a nationally based, government-funded training and apprenticeships provider, questioned 227 apprentices aged between 16 and 24 years, as part of a research requirement ahead of 2016 Apprenticeship Week. All of the candidates questioned were either currently enrolled on an apprenticeship scheme, or had previously completed one.

“When it comes to making a big decision about your future, information is key. You want to be able to weigh up the pros and cons and to know as much about your potential career path as possible. There’s a wealth of information about apprenticeships out there but it seems that many youngsters of apprenticeship age aren’t aware of where to go to in order to find it.”

As part of the wider study, respondents were asked: “Before getting your apprenticeship, did you know about any other organisations that could help you, other than people at school?” to which only 37% said ‘yes’. The remaining 63% said ‘no’, they were unaware of any.

“This is a worrying statistic. With the Government looking to create three million apprenticeships by 2020, it’s essential that young people know where to turn to get sufficient advice. Based on this finding, it’s clear that there needs to be a major push on the opportunities available and from where you can learn more about them. This is where portals such as Paid to Learn can come in, offering practical tips and advice, as well as genuine apprenticeship opportunities.”

THREE million apprenticeships by 2020?  Well, UKplc, unless we get our act together, the current figures suggest that there will be 1.8m ‘lost souls’ navigating perilously between a career and life as a NEET.

The study also asked, ‘Did you find it easy to get an apprenticeship?’ to which the majority said ‘yes’. However, a quarter (26%) of the apprentices surveyed said ‘no’. No less than 9% felt that there ‘didn’t seem to be much support out there for young adults’, with careers advisers ‘not really promoting apprenticeships’. Around 7% said they had to ‘go to lots of interviews, before finding the right apprenticeship’, while 10% said they ‘took a long time to search for vacancies’.

“While the majority of those who took up an apprenticeship role believed it was a straightforward process, one in four found it difficult, which is a troubling statistic. Considering that this is a study of those who have enrolled on a scheme successfully, it is a certainty that many more will have been put off by these factors and will have looked at an alternative route. Yet more evidence work needs to be done, if we want to make it an easily accessible career route.”

“At present, university is seen as the foremost educational route. Apprenticeships are just as viable, if not more so, and that’s something that the UK educational system needs to work on promoting, if it is to achieve the Government’s apprenticeship target. It’s an uphill struggle but, with the right backing, it’s certainly achievable.”

As The Furious Engineer continues apace with ‘The Roadshow’ – planned for roll-out in late-August/early-September 2016 – we are aware of the synergies between the dearth of skilled engineers and the lack of support and accountability for apprenticeships.  With luck we can dovetail our efforts to maximise the benefits to the youth employment market.

It is truly a case of watch this space…