HomeThought for the dayThe human side of immigration

The human side of immigration 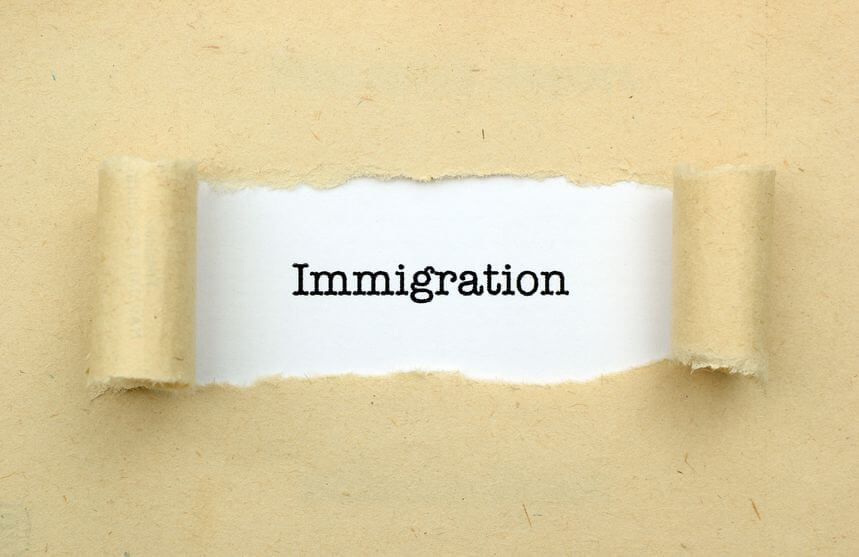 We’ve seen the exasperated inhabitants of Kos this week demanding to know why the latest arrival of ‘immigrants’ from Syria can’t just ‘stay in their own country and fight’.  Perhaps we’ve chortled at a super-imposed photograph of the Fat Controller blocking up the entrance to the Channel Tunnel with bricks, too?

Maybe there is a valid argument for setting up a deployed UK Visas and Immigration office in Calais to separate economic migrants from those seeking asylum?  But have we really stopped long enough amid shouts of ‘we’re full’ to consider what our fellow human beings might actually be going through?

I’d like you to take a walk in their shoes for a while.  Imagine you’re one of the families from Eritrea for example – fleeing a brutal dictatorship that mandates perpetual conscription (male and female) into the Armed Forces for everyone under 50 – forced to fight their phoney wars.  You’ve sold your home for next to nothing; and you and your family set off to drive for as long as you your fuel tank allows – before you walk/hitchhike on a perilous 1600-mile journey in order to reach Libya.  Why Libya? Because you’ve heard that the Libyans will help you cross the sea to a better life.

Reaching one of the Libyan sea ports, you are kidnapped by a brutal armed gang of militia (nay outright criminals) who separate your family members into different holding pens whilst you are all set to work under forced labour until you pay for your crossing (through either toil or US dollars).  Pleas and attempts at reasoning are met with abject and indiscriminate violence.  Having handed over everything you owned to these ruthless traders in misery, you are crammed into dangerously unseaworthy vessels in conditions reminiscent of the slave trade – embarking on a near-suicidal mission to reach the ‘promised land’.

After days at sea – dangerously dehydrated and sea-sick – you are fortunate enough to be rescued by Naval frigates or volunteer-led ships who deliver you to safety onto the shores of a Mediterranean island such as Sicily.  You have the clothes on your back, and a mobile phone the smugglers gave you – but have no idea if other members of your family are still able to draw breath – never mind knowing which country they are in.

You are happy to be alive.  You are ‘free’.  You cannot wait to savour the hospitality, friendliness and compassion of the Europeans that you have heard so much about – you long to hear news of your family.  Perhaps, like one of the Syrian refugees seen landing in Kos on the BBC news, you declare yourself ‘a human again’.

How quickly this sense of freedom, elation and optimism must evaporate as you are instead met with abject apathy and downright rejection (there are exceptions – but notable by their scarcity).

The pavements you thought paved with gold are in fact your new home – filthy shanty towns of canvas.

How desperate must you become to lift your child over a tall barbed wire fence onto a high-speed rail line in an attempt to escape this squalor?  What desperate gambles with life does a human being have to take before we stop to think ‘there, but by the grace of the country I was born in, go I’?

Of course we shouldn’t just open our borders and welcome all – that would be madness and downright dangerous – we couldn’t cope with such a sudden influx.  But are we really ‘full’?  Are we ‘taking out fair share’?  Why do they all want to come to Britain – ‘for our state benefits’ I have heard cry.  But is that the case?  You may be surprised that the UK is not the number one destination choice for asylum seekers.

Let us look at the statistics from a recent Guardian article that assesses asylum and new asylum applicants for 2014.

Are we doing our bit?  Can and should we do more?  The data certainly seems to suggest we could.

George Arnett writes that an influx of people from war-torn countries has seen asylum applications in Germany increase by 160% from the 77,650 total for 2012. Syrian and Iraqi citizens combined made up 50,595 of the applications to Germany last year.

In contrast, the UK had a total of 31,945 applicants last year, which although sixth highest in the EU, was six times fewer than the German number.

Both France and Italy also had twice as many asylum seekers as Britain.

The perception that the UK is not pulling its weight when it comes to receiving asylum seekers is given further backing when you adjust the figures relative to each country’s population.

Under this measure, the country receiving by far the most applicants is Sweden, with 8,365 per million people living there. The UK received just 494, which compares to 2,513 for Germany and 972 for France.

But enough of statistics – back to the human side of ‘immigration’…

Knowing the unimaginable hardships these families have encountered on their long journeys to a better life, what would be your response to a refugee should they look you in the eye and ask ‘don’t you want us’?

There is of course still an argument raging over the difference between economic migrants and ‘genuine’ asylum seekers; but rather then open that can of worms just yet, I’ll leave you with a thought aired in Sarfraz Manzoor’s programme recently – ‘when they come to Britain we call them immigrants; but when we go over there – we’re ExPats’.  Take a while to consider whether we have different reactions to ‘swarms of immigrants’ and ‘groups of refugees’.  How should we classify the desperate souls in Calais? Perhaps we can look beyond the rhetoric and see the humans.

What are your thoughts on the current refugee crisis?  Can you empathise with their plight or do you want our doors to remain firmly shut?  Let us know in the comments section below.

Get the latest Furious Blogs delivered straight to your inbox for free once a month– simply enter your email address here.