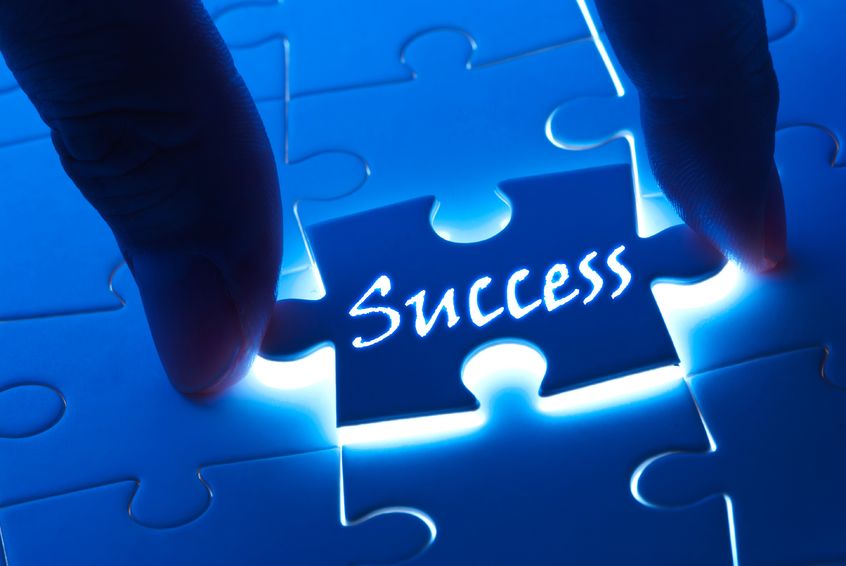 For many people, 2016 was a year of extreme ups and downs, with events like Brexit and the US election seeming to upend a lot of what we know about our world. With so much unpredictability in our lives, many individuals are seeing 2017 as the perfect opportunity to take back control. And what better place to startle road to a successful career  than the workplace?

A prevalent belief in our modern world is that happiness comes as a result of being successful. Consequently, people often focus all of their energy on finding prestigious jobs, working long hours, and chasing qualifications, in order to make them appear successful in the eyes of the world, with the idea that this will later bring them satisfaction and happiness. However, a growing body of positive psychology research puts this whole ‘happiness follows success’ notion to bed, revealing that it is in fact happiness that fuels greater success and achievement – not the other way around.

In most Western countries and in a growing number of developed nations in the East, we are far richer today than we were in previous generations. Real income has risen over the last half century and we have far more material comforts than ever before – bigger homes, more clothes, better cars, longer holidays – and we live in relative peace and security. But we are no happier for it. Indeed, while levels of material prosperity are on the rise, so are levels of anxiety and depression. On the whole, trends from around the world show that happiness and satisfaction do not improve with greater wealth once countries reach ‘middle-income’ levels.

A large-scale study in 2015, involving 12,000 participants, was conducted by scholars from Michigan State University and the University of British Colombia regarding correlations between wealth and happiness. The researchers found ‘no trace of a relationship between income and happiness’. That’s to say people who had higher incomes were not necessarily happier, but they were less sad than those in the poorest levels of society. This is in part because a certain level of wealth can make people feel more in control of unexpected or negative events.

In another study, University of California Berkeley business professor Barry Staw and his colleagues measured the initial level of positive emotions in 272 employees and then followed their job performance over the next 18 months. After controlling for other factors, such as age, gender, and intelligence, they found that those who were happier at the outset ended up receiving better performance evaluations, higher pay, and more supervisor support later on. Undoubtedly, one of the reasons that happy, satisfied workers are more likely to achieve better job outcomes is that they’re more engaged and invested in what they’re doing.

The human brain is hardwired to function better when a person is happy, and so a positive outlook provides a chemical edge that helps individuals come out ahead. Positive emotions (such as inspiration, awe, and gratitude) invigorate the human brain by flooding them with dopamine and serotonin. As well as making people feel good, these neurotransmitters help organise new information, retain it for longer, and retrieve it faster afterwards. As a result, people are geared up for better learning, creativity, analysis and problem solving. Greater flexibility and ingenuity in mental processing means individuals can think out-of-the-box and perceive more possibilities, make more accurate judgement calls, and find the best solutions to the trickiest problems.

Additionally, when people are happy they exude positive energy and others are more likely to want to be around them, and even help them. Just look to the best business leaders – they do not put happiness second. They understand that if they are happier, the people around them will be happier, they will be better communicators and will have a bigger impact. This is just as true for housekeepers as it is for engineers – it is not ‘what’ one does, it is ‘how’ they do it and the attitude they bring.

In a meta-analysis of 225 academic studies, researchers Sonja Lyubomirsky, Laura King, and Ed Diener found that people who were successful were happy before their successes, and that life satisfaction leads to successful business outcomes. A positive mindset results in:

A better understanding of how happiness works and, more importantly, applying positive psychology principles can help the majority of people in the majority of situations become happier. I developed the 4Ps of Positive Leadership model to provide a complete workable system for positive leadership, one that is easily adaptable to any kind of leader or organisation. Based on the key principles of strengths, purpose, energy management and happiness, this model aims to help leaders and teams unlock their full potential and find greater meaning and happiness in what they do. Each dimension of the 4Ps model targets the Who, Why, How and Where of Positive Leadership.

1. Positive PEOPLE.
Building Strengths – The ‘Who’.
Understand who you are. Identify and play to your strengths to release your full leadership potential. Nurture talent and build top teams by showing you care and paying attention to what people are good at, not their shortcomings. Be authentic!

2. Positive PURPOSE.
Personal Mission & Ultimate Vision – The ‘Why’.
Your purpose is to add value to the world and be happy in the process. Strike out on your own meaningful mission by leveraging your unique strengths, values and passions. Inspire and be inspired by setting your sights on the highest vision for you and your team…and perhaps even achieve the impossible.

3. Positive PROCESS
Energy Management – The ‘How’
Manage energy (yours and other people’s) to achieve outstanding feats without running out of steam. Become a Chief Energy Officer (CEO) and set the right example to marshal the collective energy of those you lead. Avoid classic burnout by taking care of your physical, mental, emotional and spiritual resources.

4. Positive PLACE
Success vs Happiness – The ‘Where’
Follow your heart instead of the rat race to the place where success and happiness are in balance. Happiness breeds success. By putting happiness first, you can learn strategies for positive living that bring meaningful rewards to you and your team, while also delivering bottom-line results. Help others and use your position of authority to make a difference in the world.

As negativity and stress abounds in many workplaces, there is a clear need for a positive approach that recognises the value of self-awareness, strengths, enjoyment, meaning, purpose and kindness as being essential to maintaining people’s wellbeing and, consequently, their ability to achieve. By embracing positive practices, leaders can get the ‘hard’ financial results they need through ‘soft’ support and collaboration.

To learn more about positive leadership, pick up a copy of The Positive Leader: How Energy and Happiness Fuel Top-Performing Teams by Jan Mühlfeit and Melina Costi (published by Pearson).