The phenomenal N85, part of France’s excellent ‘Routes Nationales’, whisks the enthusiastic driver from the South of France to Geneva in grand style, writes Iain Robertson, and it remains his favourite drive of them all.

Presented with the opportunity to drive the road, otherwise known as ‘the Route Napoleon’ in any one of a number of choice motorcars, you might be surprised to discover mine. Rudimentary though the Vauxhall Astra is, it is also the recent, well-justified victor in the annual eCoTY awards (European Car of The Year).

Now, although you might expect the alternative British CoTY award to feature the Vauxhall Astra heavily, it is not a surprise to me that UK motoring scribes elected to focus their attention on cars produced outside of our country. I am not among their number and I am glad to remain an ‘outsider’ in that respect. It is Vauxhall that deserves ALL of the plaudits, as the following list highlights:

Fortunately, despite the car’s mainstream intentions and its enormous value to the company car as well as private vehicle sectors, it is lower-priced than before, significantly lighter than before and costs markedly less to live with than ever before. If there had been insufficient reasons to underscore the value of the latest Vauxhall offering, surely these are more than adequate? I shall not conceal my total respect for the new Astra and, in its latest Sport Tourer, estate-car guise, the benefits of Astra operation are more than sufficiently underscored.

For a start, its load deck, which is what this model is all about, is not only longer but is also more accommodating than the next model up in Vauxhall’s line-up, the rakish but soon-to-be-replaced Insignia. It is immense and, thanks to a practical 40:20:40 splitting arrangement for the rear bench, it is significantly more flexible than its potential rivals from Volkswagen, Ford and various Far Eastern manufacturers.

The practicality continues with the foot movement recognition that comes with the ‘keyless entry and start’ package. Arrive at the car armed to the gunwales with luggage, or work items, and a simple foot motion below the rear bumper opens the hatchback door easily and conveniently. Repeat the action and it also closes the door. An ‘anti-trap’ device ensures that no harm will come to body parts, or personal possessions, that might fall into its path. 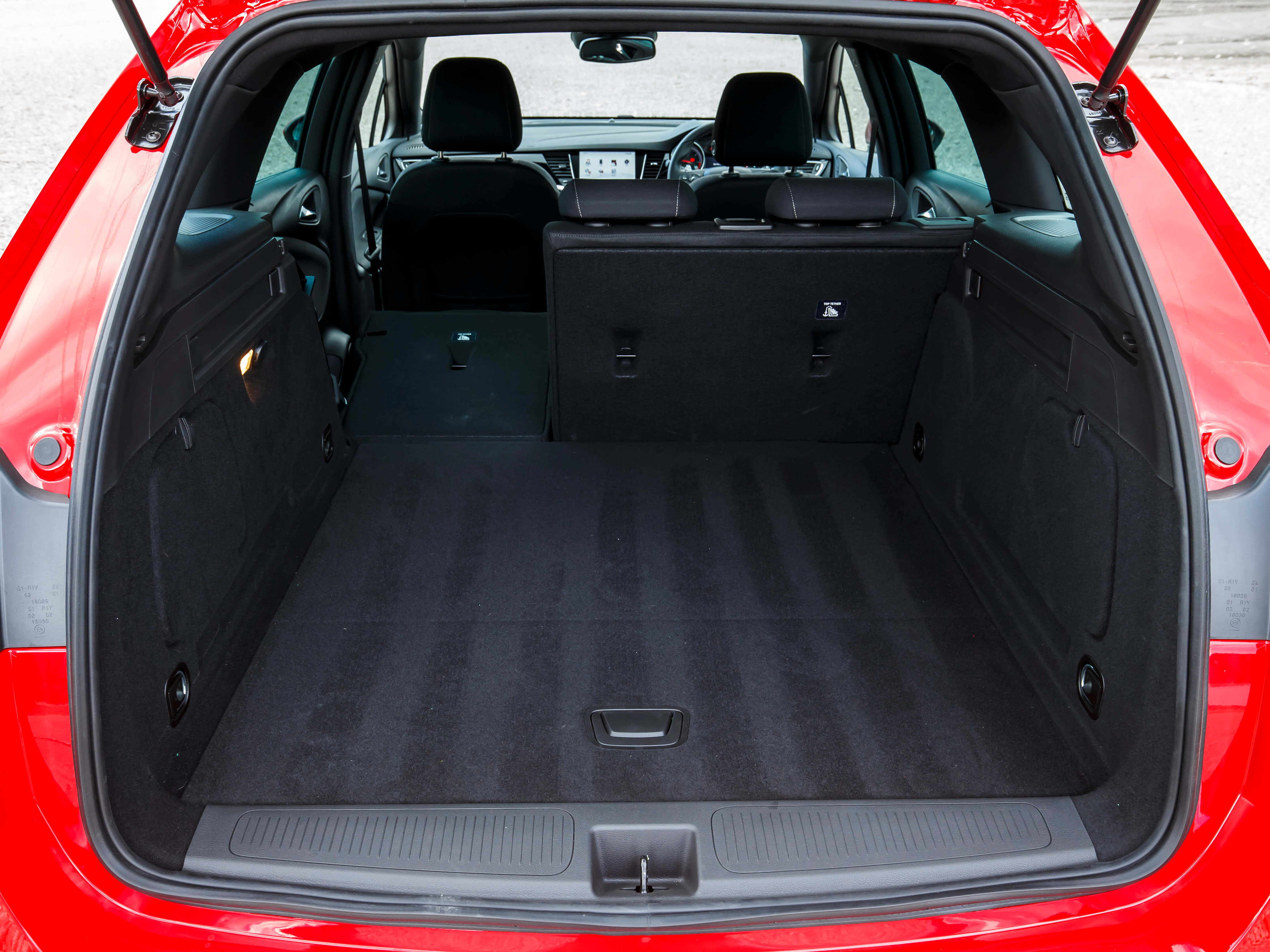 In previous reports, I have praised the company’s remarkable ‘IntelliLux’ LED matrix headlight technology. For a customary consideration of around £995, which includes the forward-facing camera system and lane departure and distance warning/autonomous stopping devices, it comes standard with certain models. I believe that this alone makes the new Astra the safest car presently on sale, with technology that is pioneering in a way that has not been witnessed since the inertia-reel safety belt was introduced by Volvo in 1957. It is considerably better and more usable than Seat’s much-vaunted LED lighting array, the nocturnal performance of which is utterly abysmal. It should be fitted as STANDARD to ALL Astra models! 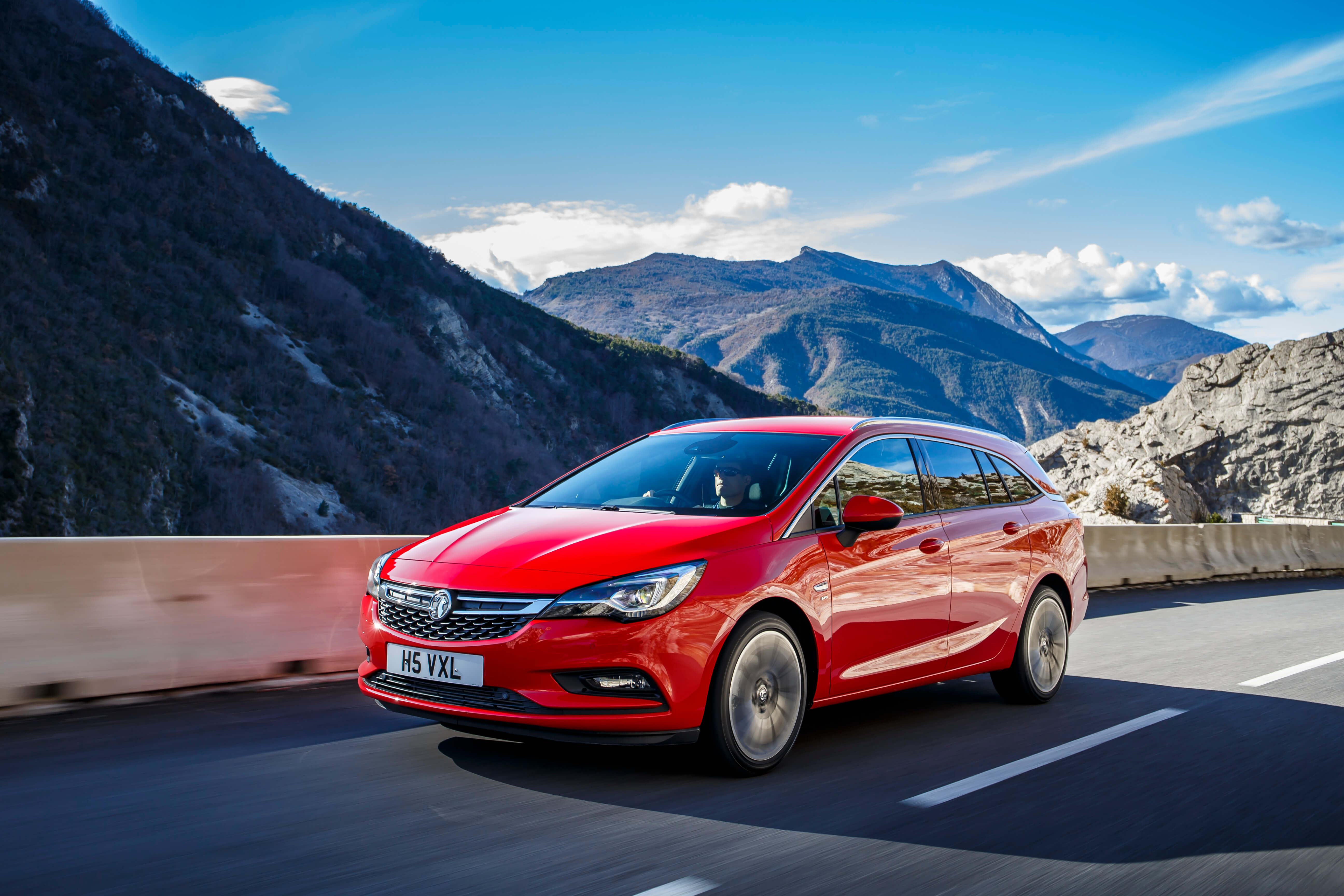 The introduction of the new Sport Tourer has given Vauxhall the opportunity to unveil more of its engine technology and the bi-turbo diesel is 157bhp fresh out of the box. Apart from being a phenomenal amount of punch from a small capacity diesel, it boasts a lowly 112g/km CO2 rating and upwards of 67.3mpg Official Combined fuel economy. I shall be testing this model very soon and I shall provide a more involved report then. The alternative TDi unit develops a mere 107bhp but is rated at 89g/km for CO2, with the promise of up to 83.1mpg, important factors for users seeking a more tax-friendly motoring route.

As a measure of the weight savings achieved with the new Astra, the performance of the bi-turbo unit matches that of the previous 187bhp 2.0-litre version, as fitted to the previous generation Astra. It is also a notably lighter engine. Petrol fans are not forgotten and a 197bhp 1.6-litre unit can zip the Astra from 0-60mph in a mere 7.2 seconds, with a top speed just shy of 150mph.

Driving the N85, from Monaco, is to indulge in one of the world’s greatest driving roads. While you can save a little time by taking the autoroute south-west to Nice, then taking the St Paul de Vence road, on the perfume route, to the lovely town of Grasse, if you want to avoid village traffic, continue further south-west to Cannes and take the departmente road (D6085) to Grasse instead. Within mere minutes of this highly populated area of the beautiful South of France, you can be in the Alpes Maritime, above the Var valley, where the scenery is more than merely spectacular.

The uphill hairpin bends, at Castellane are dotted with convenient stopping points and lay-bys, from where you can take plentiful photographs. Digne-les-Bains is a lovely place to stop and take the waters, if that is your pleasure, the attractive spa town also providing a great place to enjoy a meal. Continuing alongside the River Bleone, you will soon reach Sisteron, which is a delightful town located adjacent to the A51 main route from Aix-en-Provence. It is here that you will join the D1085 north to Gap (or the motorway, if you have to).

Now in the Hautes Alpes region, once again, the scenery changes with every twist and turn in the road. It becomes the N85 once more, north of Gap, where you start to follow the signs to Grenoble. The drive down into the city is wonderful on a sunny afternoon, although once you course through its busy streets, the route you follow to Geneva is north on the D1090. You have a choice near Montmelian; should you turn left and head towards Chambery and Aix-les-Bains, before reaching the gorgeous French town of Annecy, which is right beside one of the most beautiful lakes in Eastern France, it is the more heavily trafficked road.

On the other hand, turn right, or follow the D1090 to Albertville, then take the D1508 that runs the full length of Lake Annecy, regarded as the cleanest stretch of water in all of France, and you will not only see plenty of wildlife but you will also be able to take in some wonderful mountain views, en-route to the town, which is characterised by the amazing, four-star Annecy Palace hotel. From there, Geneva, your final destination, is but a 30 minutes drive further north. 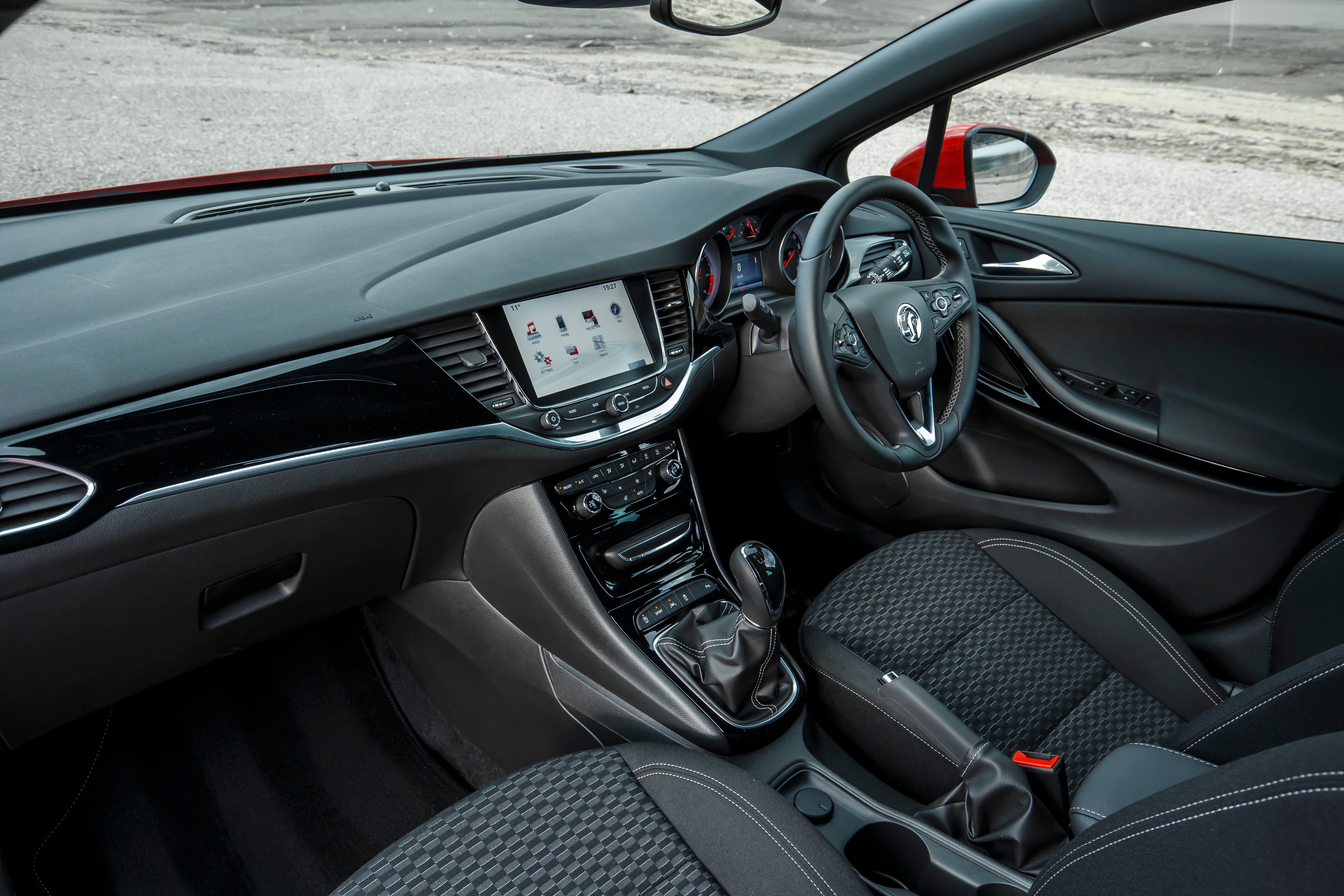 To drive the N85 route in the latest Vauxhall Astra Sport Tourer is a tremendous treat, not least because of its crisp handling, strong grip and silken ride quality. As a suitable test of a car and its driver, it is unparalleled. Seldom heavily travelled by trucks, you will encounter German cyclists, myriad local delivery vehicles and a smattering of cars on the N85. Straightening out the bends is feasible due to outstanding sight-lines and roads that are wide enough to enjoy, plus there are numerous places to rest and take in the wondrous views.