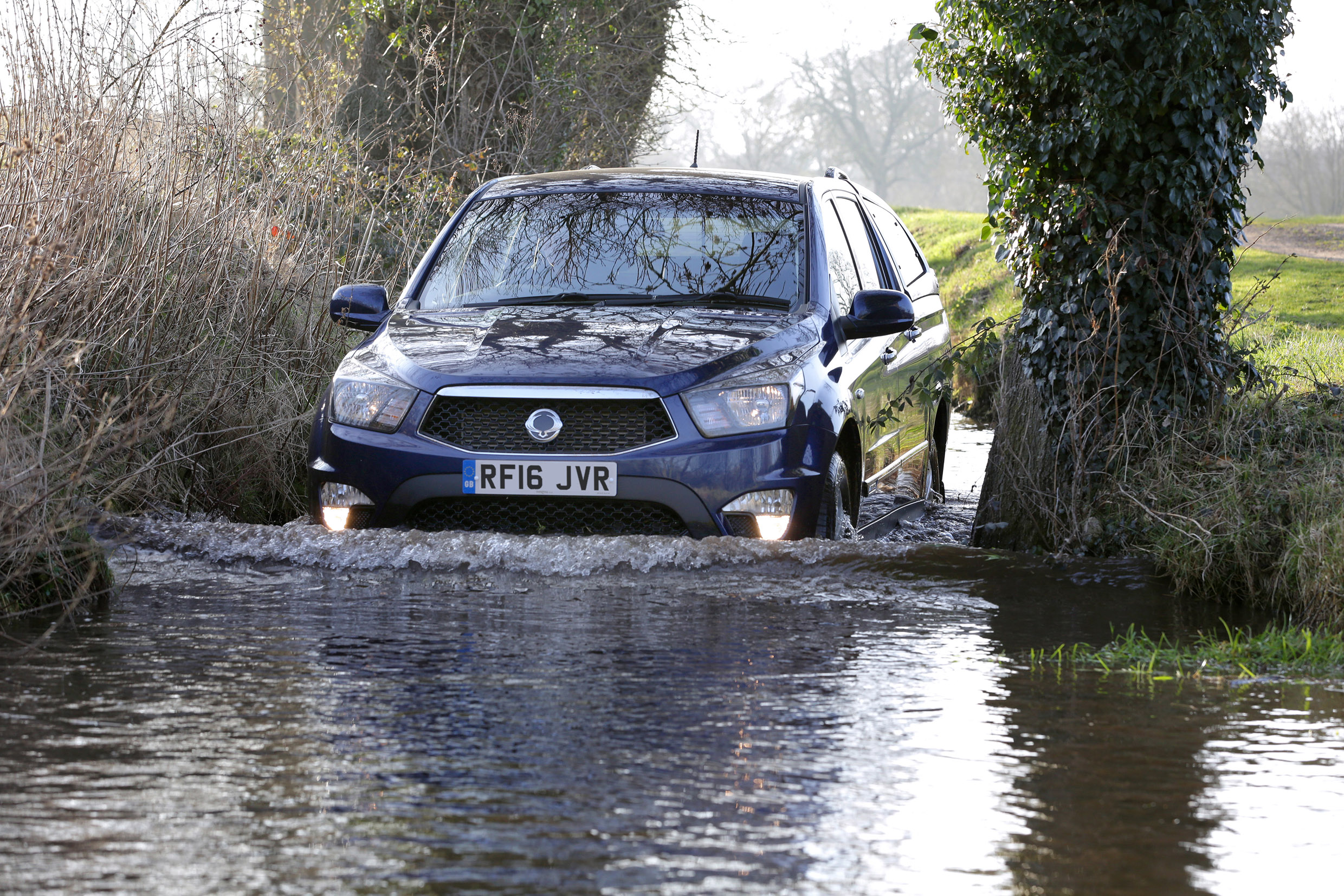 While appreciating that the term ‘value for money’ is having a determinedly reduced impact in today’s motoring scene, writes Iain Robertson, one brand, at least, intends to re-educate the market and it should be praised for it.

While Ssangyong might look and sound almost unpronounceable, its products present a good value stance that is eminently understandable. Hailing from South Korea but owned by an Indian conglomerate, Mahindra and Mahindra, the company has assailed us in the past with a raft of unusual but perfectly palatable motorcars, most of which can boast four-wheel-drive. Bear in mind that Ssangyong is over fifty years old and South Korea’s longest established carmaker.

Okay, the interior plastics are a bit ‘low-rent’ but, if you are trawling around the boondocks, whether for fun, or because your work demands it, the chances are that you will be unconcerned about the tactility elements but more in-tune with the wash-ability aspects. While the company’s past has been a bit etch-a-sketch, its future is looking somewhat more assured and the rest of the products in its line-up, like the latest Tivoli (crossover), Korando (SUV), Rexton (SUV) and Turismo (MPV), are all worthy of consideration. Rest assured, I have no qualms with any of them.

An unfortunate choice of names, probably because car names are mostly registered already to the rest of the industry (which is why they have to stick increasingly to a blend of ‘old’ and comprehensively made-up alternatives), means that the company’s pick-up truck range (basically, what you see here) is also called Korando, albeit with a Sports soubriquet. As it happens, the model is a four-door, or double-cab, version, which is probably the most practical of them all and had become the most in-demand body type, when company car users were able to declare only a negligible amount of car tax on them. 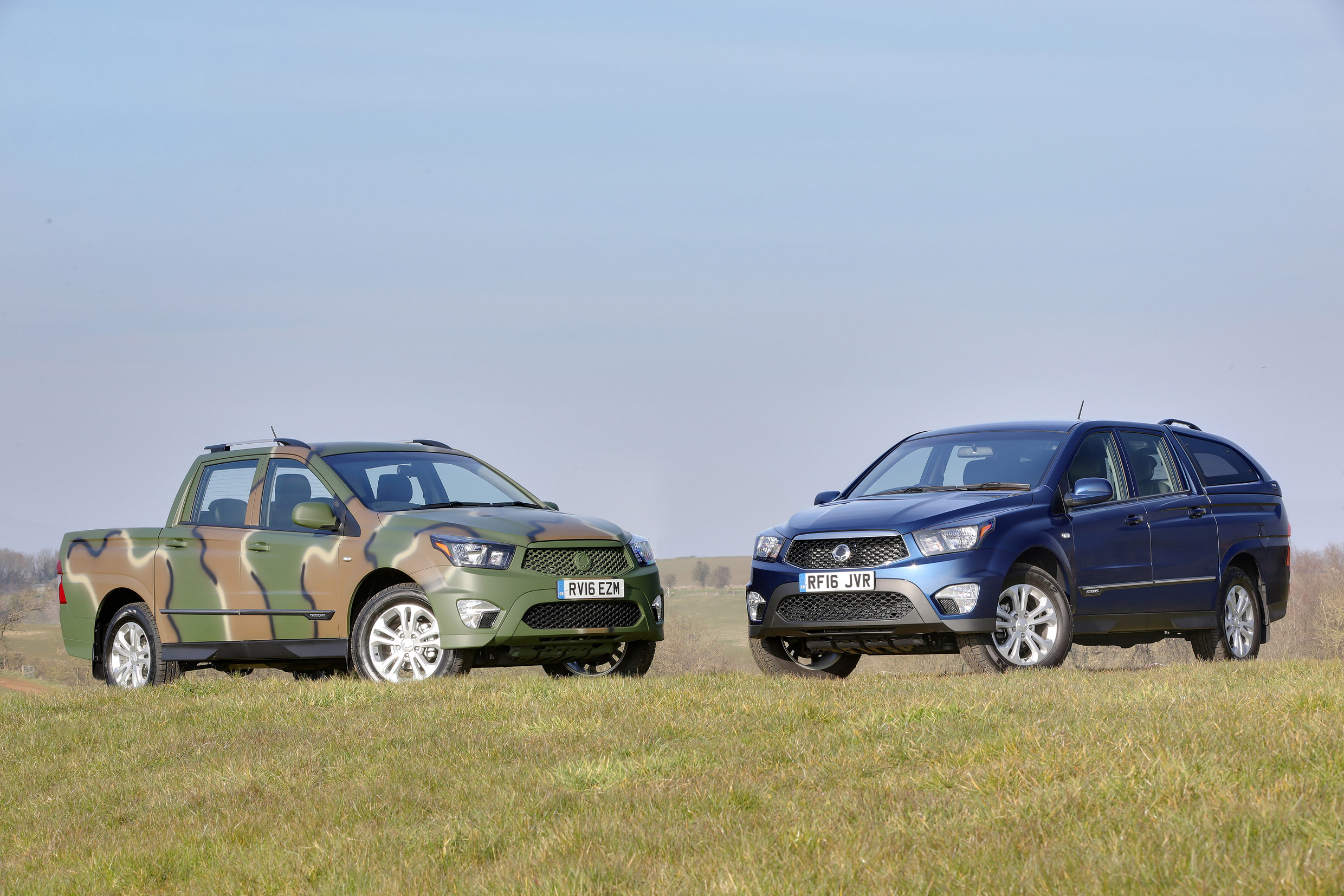 While the IRS ‘loophole’ no longer exists, the Benefit-In-Kind (BIK) aspect is still lower than for an equivalent family car, or SUV for that matter. However, the practicality of a spacious cab, with a fairly accommodating, lined boot and ‘go-anywhere’ capabilities are beneficial to a surprisingly large number of potential business, as well as private buyers and, naturally, the range of leasing options is broad. What makes the offer even more attractive is a base-line price tag of just £14,495, rising to a still-affordable £18,195 (albeit before VAT is applied). This is seriously cheap motoring!

Even the more-than-slightly kitsch ‘camo’ version, equipped with standard roof rails and 18-inch alloy wheels, is a mere £19,195 (plus VAT) and, bear in mind, all Ssangyongs come with a limitless, five years warranty as part of the deal. Thanks to decent, independent suspension (including coils on the rear axle), the Korando Sports can be loaded like a truck (one tonne payload) but driven like a car. 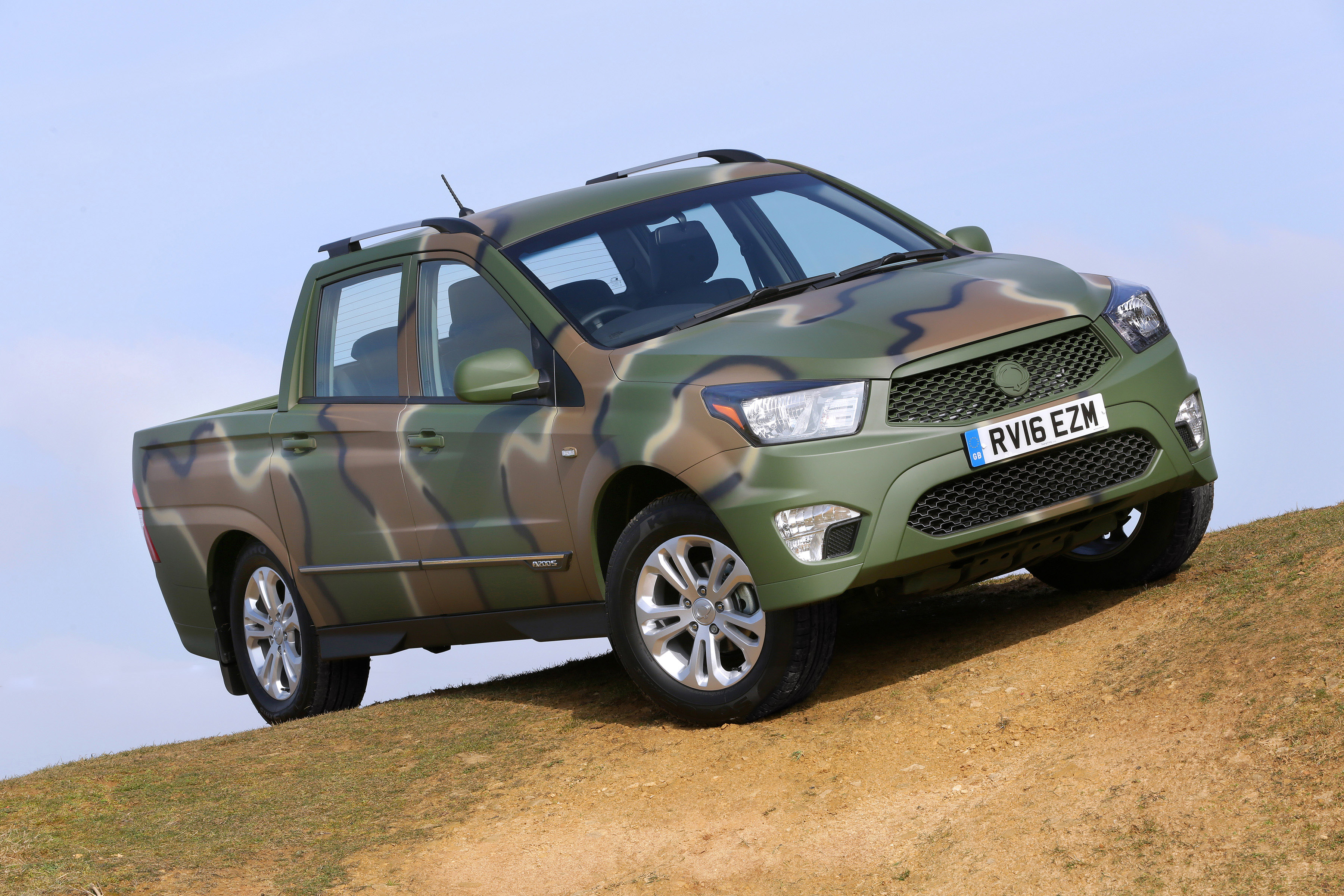 Powered by a Mercedes-Benz originated 2.0-litre turbo-diesel engine that develops a meaty 155bhp and a sensible 265lbs ft of torque, neither towing (up to 2.7 tonnes), nor mountain-climbing, present insurmountable difficulties to the truck.  It drives through a choice of 6-speed manual, or 5-speed Merc auto-box. Its top speed is given as 107mph, with the 0-60mph dash being covered in around 13.0 seconds, and it is not merely a refined package but it is perfectly wieldy around town, despite its near 5.0-metres length, thanks to a moderately tight turning circle. Its CO2 rating is 199g/km and the Official Combined fuel return is stated as 37.7mpg (35.3mpg for the automatic), which is close enough to an actual figure of around 32mpg.

If you can tolerate the stares, from driving around like Rambo, you could be semi-concealed behind the tinted glazing, luxuriating in climate-controlled comfort, while listening to a moderate quality stereo system. The hide-wrapped tiller helps you to twirl the power-assisted steering wheel, so that you do not need to be bristling with muscles, fake-tan, or personal camo make-up. As the special version is based on the top-spec EX model, leather upholstery (don’t expect Audi-grade skins), a powered driver’s seat, heated, folding and electrically operated door mirrors, as well as rear parking sensors, add to a sense of occasion.

For a perfectly serviceable runabout, possessing a durable warranty (not that you would need it), sold at a bargain basement price, the Korando Sports should be on loads of people’s lists, not just from the farming community. It receives a solid score from me for its overall competence.