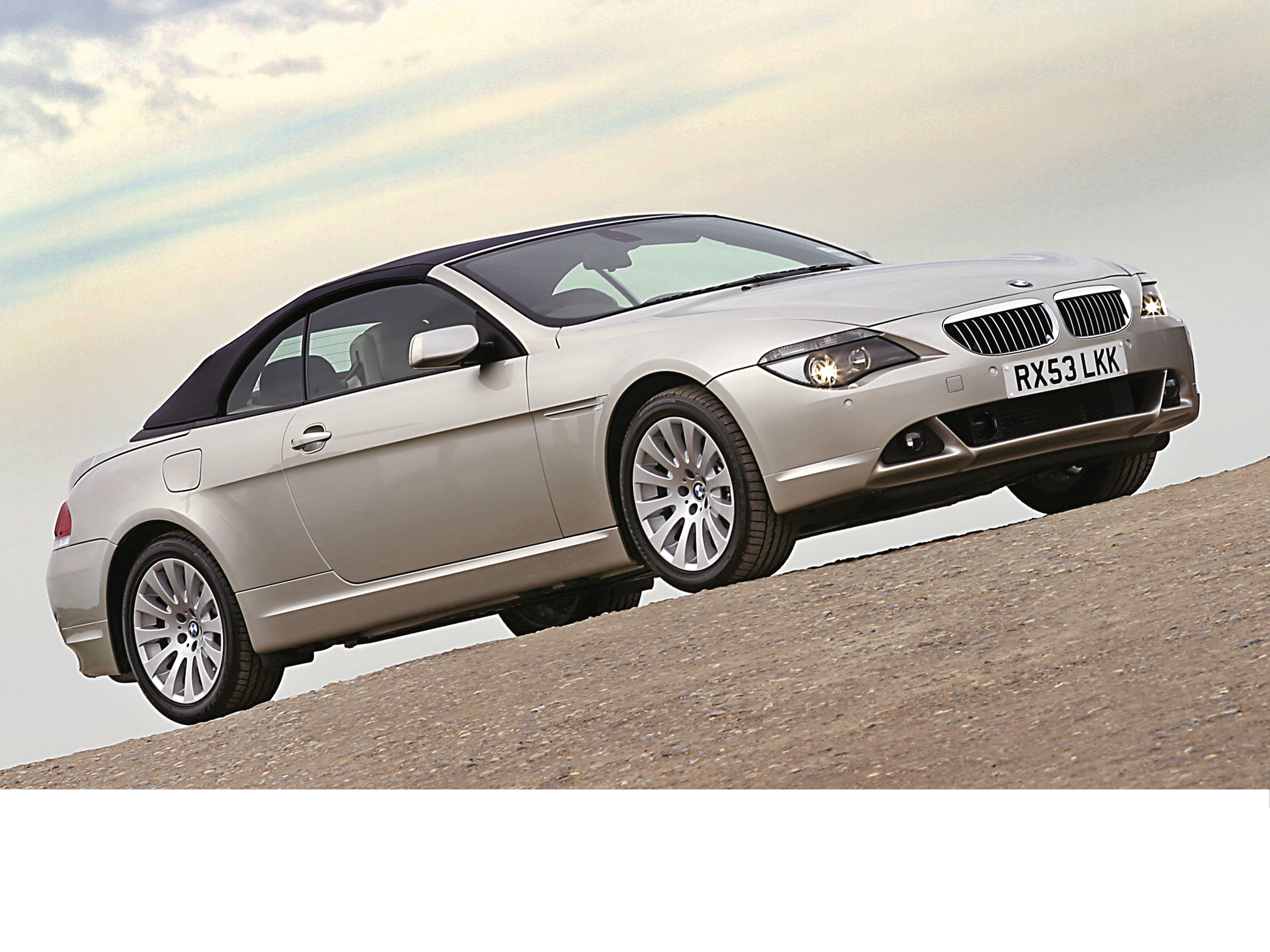 With more than forty years of international travel under his belt, Iain Robertson has a wealth of opinions to share but his passion is for driving and he continues his series, with a relaxing drive-back to the UK, from Southern Spain.

Since early excursions to Franco’s Spain, which I am sure must have created some hoop-looping for my parents at the time, I have to admit to not liking the place very much. In later life, through a motor industry that has always tried to seek high-end hotels in sunnier locations, both Barcelona and Malaga have been frequent destinations. Yet, sometimes oppressive heat, far too much dust and endless numbers of tower cranes that spoil the horizon but exist because of EU funding of highly questionable Spanish building regulations remain my least favourite aspects, even for typically brief visits.

By selecting only the finest hotels, usually on private, or gated estates, well away from the holiday crowd, BMW was extolling the class consciousness of its typical customers. To be frank, I cannot recall if the hotel was named ‘Balmain’, or if it was just the toiletries named after the famous design house, but we had arrived the evening before, on a private charter from Farnborough Airport, endured the briefest of media conferences and partook of a good night’s sleep, prior to tackling the two and a half days drive back to Farnborough (where my own car was parked).

Although BMW had entertained British motoring journalists over much of that previous week, our drive-backs allowed a much better test opportunity on roads not selected for their ideal suitability to the model being launched. As it was the early-part of the New Millennium, this car was the all-new and very exciting 6-Series convertible that featured the ‘flame surfaced’ design stance adopted by the company’s avant-garde US styling chief, Chris Bangle. The car was most attractive, expensive and known as the E63/E64 internally and by fans of the marque. As I did not take many photographs personally of test cars at that time, I am relying on images of a later model that I hope you will forgive.

Keen to get mobile, a small group of colleagues and me enjoyed an early lunch beside the swimming-pool, collected our envelopes of Euros and the allocated keys from the BMW staff. My car was a black 645Ci (the C-designation was dropped by BMW only a few months later), notable for its complicated ‘flying buttress’ soft-top design and an electrically operated rear window that could be dropped, without lowering the fabric roof, for additional ventilation (and a lot of extra noise!).

We had planned a route for four cars in an unofficial convoy and I had instructed my colleagues to follow my progress religiously, as I have always been able to second guess where the next Spanish speed trap would be! We departed due north on the A45 autopista (motorway) towards Cordoba, from where we would take the A4 to the township of Montoro, from where a beautiful cross-country route up the N420 would take us to the medieval city of Ciudad Real, which is home to the Don Quixote Museum.

Naturally, driving cross-country is a lot slower than using the autopista network, even with a need to stop every now and then with each toll booth. The drive to Toledo is challenging but none more so than upon reaching the Madrid ring road. It was chock-a-block, an endless sea of red tail-lamps on our side, with blaring headlamps on the opposite carriageway, all moving along slowly a few car lengths at a time. An Alfa Romeo alongside was full of young people keen to take photographs on their phones of the enticing new BMW, so I engaged one of them in some light ‘Spanglish’ conversation.

As my Spanish comprehension is little better than ‘schoolboy’, I was unable to understand the typically excited news reports that seemed to pepper an endless run of Europop on the car stereo. However, our new neighbours explained that the Spanish terrorist group, Eta, had just admitted to setting off some devastating bombs close to Madrid Station. There were reports of several deaths of commuters and the roads network was in mayhem. We would not be driving into the centre of the Spanish capital for our first overnight stay. Instead, we determined to continue motoring, once clear of the Madrid mess, north towards Burgos. We would find a guest house just off the main A7.

It was typically pitch-black, when we arrived some 20 miles north of Madrid at the village of La Cabrera. Our hostelry for the night was a motel with a bar and restaurant. The local food was basic but very good and the beer flowed quite freely. In fact, the bedroom was clean and the bed comfortable, so the place served purpose and was ridiculously cheap, which would leave us with some extra cash for on-the-spot speeding fines…it was a minor consideration, were we stopped.

Next morning, after a typical Spanish breakfast of sliced ham and an omelette, washed down by plenty of black coffee, we surveyed the glowering foothills of Guadarrama, before continuing our drive towards Burgos. The A7 passes through some beautiful hilly countryside, as well as crossing typical Iberian plains and on three separate occasions, sticking rigidly to our ‘follow the leader’ plan, we managed to evade the attentions of the police, despite cruising regularly at speeds in excess of 120mph.

Burgos is a fascinating city, predominated by its UNESCO World Heritage Site cathedral. As the former home to the Castillian nobleman, military leader and diplomat, El Cid, the city also has a strong reputation as the gastronomic capital of Spain. It is worth a visit. However, we were continuing our drive across the beautiful Iberian central plateau, with views of the spectacular Cantabrian and Pyrenees mountains to the north. The route across the Pyrenees is one of the most exciting motorway drives in Europe. Following the signs for Donostia, the road twists and turns downhill and courses through several tunnels, for several miles towards the Bay of Biscay.

The Basque Country is one of my favourite parts of the world, denoted by its red, or green, or blue highlighted stock paintwork on buildings and specially scripted signs, there are countless coastal beauty spots between Santander and Biarritz (over the French border) worth exploring, while inland and up into the mountains is never less than inspiring to travellers. However, with much of the second day’s driving behind us, while I love to take the coastal road north to Arcachon, with its fine views across the white sand dunes and myriad excellent guest houses to stay, we continued to drive north to Niort for our second overnighter at an inexpensive hotel, having circulated the Bordeaux ring road earlier that evening.

Next mid-morning, at Tours, my Scottish colleagues intended to head to Holland for the ferry trip home, while I wanted to pay my passing respects to Le Mans (home of the famous 24-Hours race), en-route to Calais and the Chunnel. Within minutes of saying our farewells and my departing the A10 autoroute, to take the D938, a favourite cross-country drive, my mobile-phone rang. It was one of my colleagues, who announced that we had driven the full height of Spain and part of France without an issue. Yet, two of the three BMWs had now been stopped by the Gendarmes for exceeding the speed limits! Fortunately, they had cash in their floats and (at that time) there was no licence points penalty.

Despite travelling at fairly high speeds, even around a decade ago, it was far less problematic than it is today to zip around the Continent. The drop-top BMW was the ideal mile-muncher of that period, capable of three-figure cruising with high levels of refinement, even with the top lowered and the rear wind-deflector in place. I seem to recall that its 4.4-litre V8 engine, mated to a 6-speed SMG gearbox still returned a modest 25.5mpg overall. From Le Mans, it was a mere three hours cruise to Pas de Calais and the Business Class boarding priority for the train back to the UK.

In Part 3, I shall detail a Spanish drive-back in a Honda Jazz.