Learn from our office rental mistakes 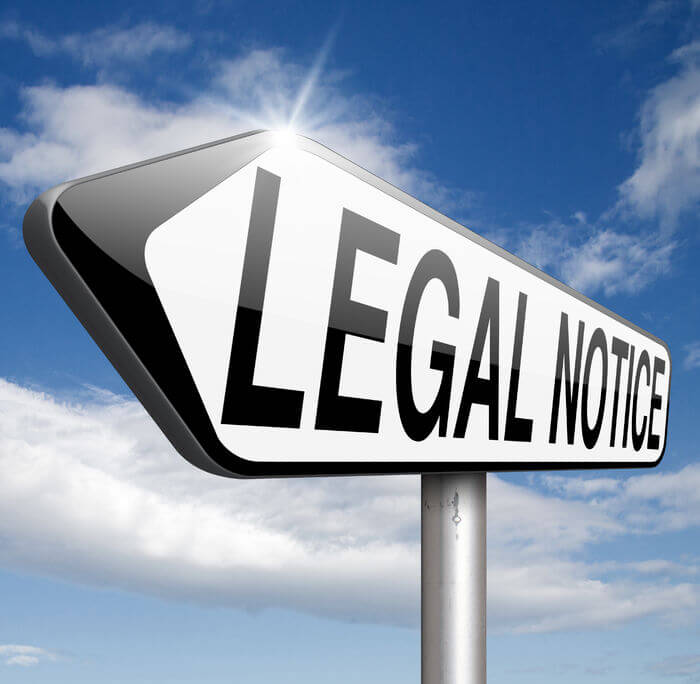 We’re all trusting souls here at The Furious Towers; and until now have rarely sought legal advice on matters such as office rental contracts – hitherto baulking at the ‘high’ fees charged by legal eagles.  Sadly, hindsight now taunts us with the revelation that it would have been so much cheaper and less stressful if we had sought that legal advice at the outset.

I won’t name the landlord – although anyone can readily guess at it from our address – suffice to say that they are an international company; and one that we misguidedly placed our trust in.  It’s fair to state that it’s shear size lulled us into a false assumption that they were ‘bound to be one of the good guys’.  How wrong could we have been.

Any organisation is only as good as those charged with delivering the service at the coal face; and we’re still under a protracted complaints process that is stubbornly wedged in the treacle layer of ‘area management’ – but do hope to have their CEO aware of our story as soon as possible.

Our tale of woe starts when we had to ‘chase up’ the landlord when we were only 3-weeks away from the end of our lease and hadn’t received any renewal documentation.  I’m sure you’ll agree that this is not a great time to discover that the new landlords (they took over from the existing company) were increasing the rent by a third!  With prices more apt to the South East of England (rather than an industrial estate to the south of Lincoln) we had no time to find alternative office space – and we’re pressed for a decision on renewal after only a week of receiving this bombshell.

A cursory read of the renewal (sorry – we THOUGHT it was a renewal) revealed similar Terms and Conditions along with an agreement to comply with House Rules (now my two least favourite words in the English language).  We were verbally assured that House Rules were more relevant to ‘managed centres’ (of which we do not belong) and so signed on the dotted line for an 18-month ‘extension’ (the only palatable option that would be cheap enough to avoid having to leave an office and work from a house for a while).

Infuriatingly, the next Invoice included an extra £350 for an additional deposit – done to uplift the deposit held by the landlord to reflect the new monthly fees – which was unannounced and entirely unwelcome.  Requests to delay this uplift were met with a stonewall of ‘it’s company policy’ – it is in the House Rules apparently.  Having yet to receive a copy of this elusive tome, I once again requested a copy.

The next unwelcome revelation was that the inclusive IT and telephone package was altering; and calls would now be at an additional cost.  This didn’t concern us too greatly as most of our communications are electronic in nature – even though the projected costs were extortionate – considering they are all VOIP calls from the landlord’s server and therefore very cheap to make.  Apparently, it was done because of changes to the House Rules (another request for a copy was made).

Most recently (I daren’t say ‘the last’ at the risk of tempting fate) was the 3-days of notice that (there has been a change in House Rules would you believe?) there would now be a line rental cost of £49 per month per phone for the first phone, and £25 pmpp for the second line.  Expecting a full Sky Television package at this price we ungraciously handed back the second line immediately!

Having now finally received a copy of the House Rules we now discover that there will be a rent review after the 12-month period, and a ‘move out’ fee of around £25 per square metre when we move out (which will be around £1000) – oh and the discovery that we are no longer allowed to use ‘other’ IT/Telephone providers; without a ‘corking fee’ being charged for the privilege.

Calls with our solicitor – which are about a year too late – reveal that the ‘renewal’ to the exiting contract is not a renewal at all.  It is an entirely new contract; and all previously made agreements are in fact null and void.

In short, we have a situation where our landlord can levy further charges at will – by simply amending the House Rules (in which it states that these can be amended at anytime  – with or without notice to the tenant).  We now have to ‘watch and wait’ – hoping that we can see out this contract without our overheads rocketing too far!

Our lesson learned is simple; carry out the due diligence, and trust no one – no matter their size and reputation – pay now for the legal advice; and not ‘through the nose’ later.

Do you have any costly business lessons that others could benefit from learning?  Why not share the benefits of your experiences in the comments section below?

Outrageous!! I’m sure your solicitor will advise if there is any come back on them masquerading the brand new contract as a renewal – just does seem right and certainly isn’t just! Would the name of your landlord have a similar name to the mercurial detective played by Ken Stott, Rebus?

Thanks, Adam. The current ‘investigation’ is to whether the contract can be held as ‘reasonable and fair’ (I believe that’s the correct term) under law. Surprisingly, the firm you (may have) hinted at isn’t currently very clear on what is ‘in or out’ A work in progress….

Matt, being an owner of a number of commercial properties I allways advise my tennants to seek legal advice, the lease is FRI and are normally opted out of the landlords and tennant act meaning the business has no legal right to stay. You will also incur significant costs when you vacate the property as you will be responsible for returning it to its origional state.

Hi Darren. Good advice – thank you. I have no objection to returning any premises back to its original state – although £1000 is a tad excessive for hoovering and cleaning a well-maintained office (all that will be required).. I’ll never NOT seek legal advice EVER again, though!

All sounds a bit like somebody is suddenly too big to care. Maybe you should see if you have enough room in your garden.

It certainly does, Andy. Too true…if only I knew someone who could recommend a manufacturer…;)

After looking at a few of the blog articles on your blog, I seriously appreciate your way of writing a blog. I bookmarked it to my bookmark site list and are checking back in the near future. Take a look at my web site too and tell me your opinion.

I have a feeling I know which company this is – we had an almost identical experience in Melbourne, Australia. It was utterly miserable and fortunately we’re a very small operation so had the option of moving out…but not before they whacked us with significant fees for services they did not render. I now go out of my way to avoid them – and to warn every business owner in my network to do the same. Good luck with it all!

Thank you ‘Some Girl’. Sorry to hear you suffered too. They genuinely are appalling, and I can’t wait to be free of them! You’ll know if it’s the same company if you visit a website entitled [insert name of company]sucks.com – enlightening to say the least! Thank you!

Ahh, glad I still work from home sometimes! (although it does drive me mental)

Thanks for your comment, Drew! I long for those working from home days…but to escape from these Charlatans would be a start….not long left now.