Bridgestone’s new Turanza T005 has a gripping tale to tell

Replacement tyres are a legitimate expense, states Iain Robertson, but understanding them and not opting for the ‘cheapest available’ demands a major sea-change that even he is unsure will wake up the majority of consumers.

For more years than I care to recall, I have preached from a vulcanised pulpit about the necessity to wear the appropriate boots during winter months. While there are countless ‘rubberware’ jokes (some more tasteful than others) and the uptake has been increasing at much the same rate as glacial flow, as long as tyre legislation remains tread-depth-based and not on seasonal context, those round black things residing by necessity beneath our vehicles’ fenders will remain notionally ignored.

Even a threat of licence endorsement and with financial penalties applying to each continually balding cover that could make a driver unroadworthy, let alone his vehicle, treadless tyres remain a major safety issue on our highways and the argument that racing drivers use ‘slicks’ to maximise performance holds no water (one would hope). It is a problem exacerbated by, without jumping onto a socio-political bandwagon, a shortage of police officers, to whom ‘Speed Kills’ possesses greater relevance.

While ‘inappropriate use of speed’ and coming-to-a-sudden-stop may have more pain attached, the fact remains that a puncture, that instance when something broadly circular becomes flat-bottomed, results in much hand-wringing, panic phone-calls to emergency services and the inevitable distress purchase, which is never less than bloody inconvenient and adds to that month’s expenditure. 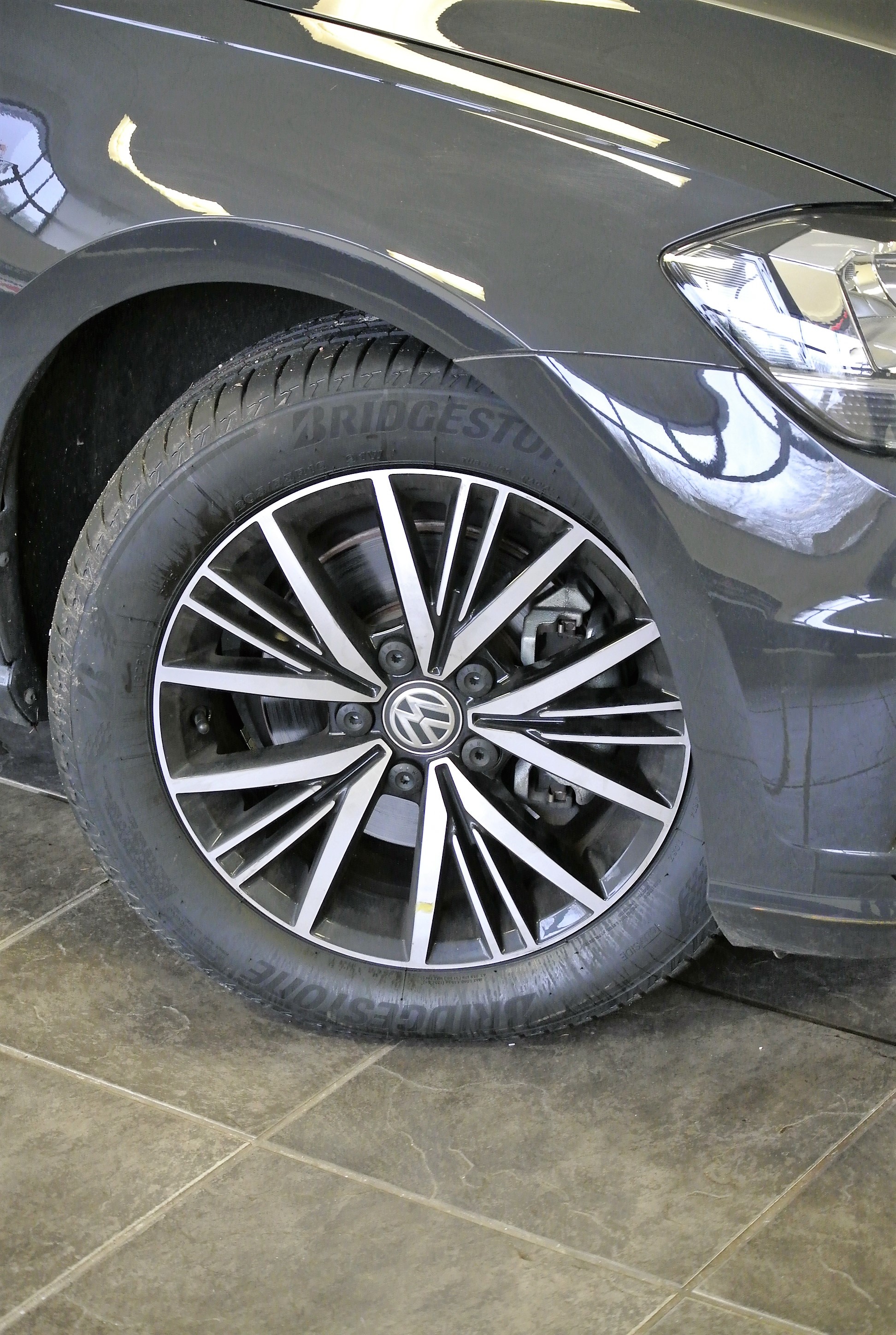 Do we care about the confusing mess of symbols, arrows and scripting carried on each sidewall? Nope. Do we ever contemplate diametrical, aspect ratio and other dimensions? Nope. Apart from a vital ‘contact patch’, do we seek anything other than life-long reliability from each of our vehicle’s tyres? Nope. The simple truth is that 99% of the driving population, whether in trucks, buses, vans, or cars, could not give a toss about tyres, until one of them blows up.

In fact, very few of us is brand-specific, when replacement covers are demanded. Price is a factor and like-for-like can be a consideration, although the usual response at countless fast-fit centres tasked with sticking on new rubber is seldom more than, “Ensure it fits!”, or, if ‘caught’, “Ensure it’s legal!”. How many parallels exist in other aspects of human life? Every year, tyre manufacturers squander enormous sums of money promoting their wares, largely fecklessly, in the vain hope that, beyond the realms of OE (Original Equipment) contracts with vehicle manufacturers, the rest of the consumers might swallow a brand message.

There are around ten major tyre manufacturers in the world. In turn, they own an additional 19 tyre brands to their originals. Michelin, Goodyear-Dunlop and Bridgestone are the brand leaders, each vying for the title of world’s biggest. Personally, I find tyre technology utterly compelling, because I want to know what’s happening at each corner of my car, as a result, tyre pressures, tyre compounds, tyre designs, tyre wear rates and tyre performance are seldom less than fascinating to me. While some of the manufacturers get close to the nirvana situation of a genuine all-season tyre, of an order that our parents once expected (but never got), until now, I had believed it was impossible…but then along came the Bridgestone Turanza T005.

I beg of you, remember this name: Bridgestone, even if you cannot recall the Turanza, or T005 bits. 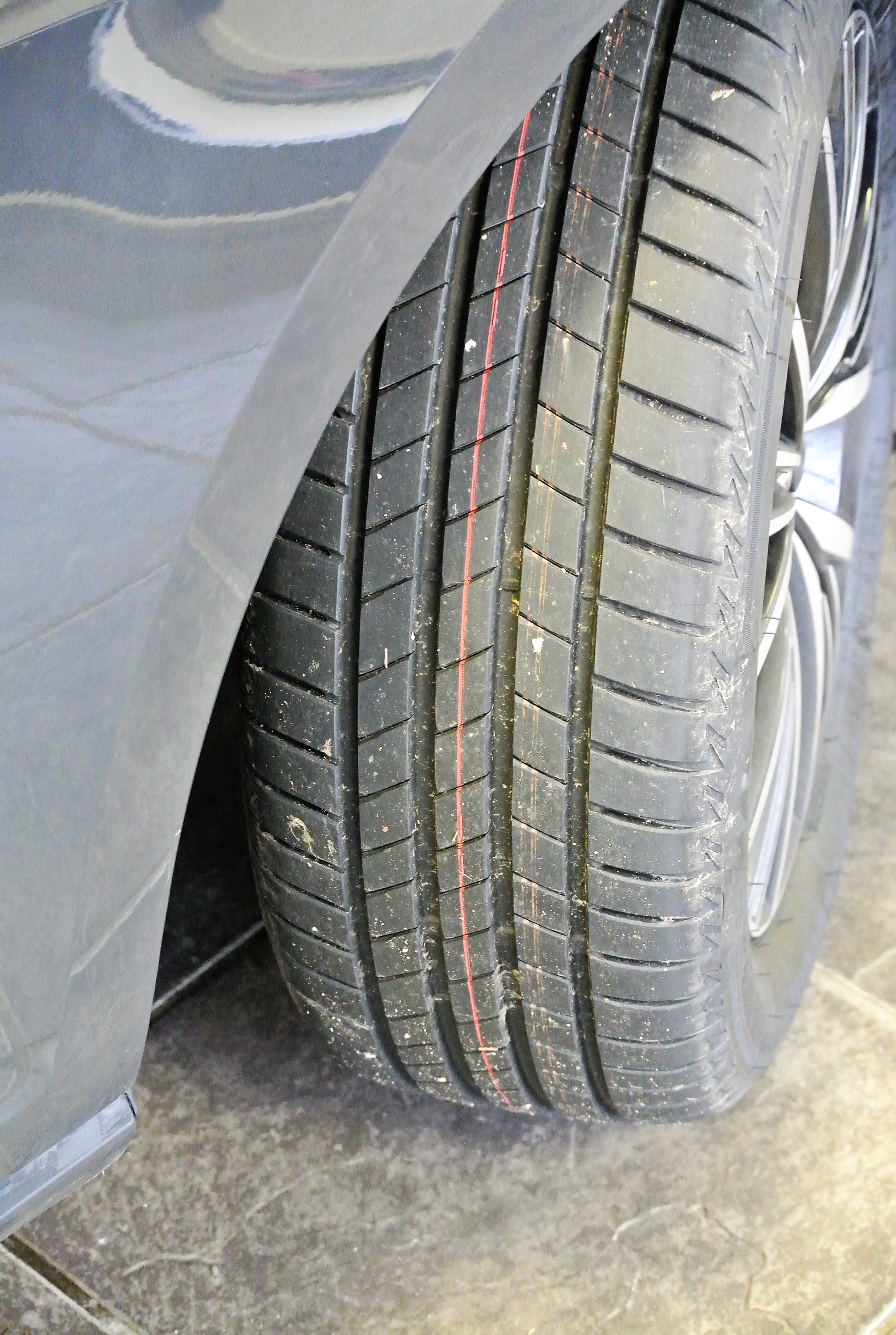 It is a brave tyre-maker that would launch a new summer tyre, when the on-track temperatures are hovering around zero degrees Centigrade…but Bridgestone did. Fitted to examples of Europe’s best median, front-wheel-drive motorcar, the VW Golf, despite weather conditions that were not entirely conducive to enhancing the traction potential, the Bridgestone Turanza T005 gripped like shit-to-a-blanket, made minimal noise, despite having intensely despicable treatment meted out to it, and gave such enormous confidence to its destruction-testing drivers that even wet surfaces did not restrict their uber-enthusiasm.

With various degrees of turn severity available, minimal safe run-off areas (the close proximity to either rubber tyre stacks, or Armco barriers becoming accentuated with every increasing speed assault), narrow coned-off zones containing direction changes and even ‘hands-off’ emergency braking zones, as well as varying levels of climatic grip, the Bridgestone Turanza T005 performed faultlessly. Within the bounds of a test ground, where high-speed (up to 100mph) was feasible, despite imposing the maximum torture to the tyres and the cars, nothing broke and nobody came to grief.

These tyres work exceptionally well and it is abundantly clear that, with minimal tread squish and maximal water sipe evacuation, safety is inherent and a primary attribute of a stunning design. Reading the statistics, the T005 provides the highest ratings for wet braking, wet surface stability and wet reactions. Although I was unable to confirm dry road braking distances, the figures reflect among the shortest results, along with optimised control, comfort and inspirational behaviour. The T005 is said to feature best-in-class durability, with enhanced mileage potential, which is great for the budget-conscious.

I shall not bore you with the design of the tread blocks, the quantity of water removing chamfered sipes, or the connectivity of shoulder blocks to optimise contact pressure distribution. Therefore, take it as read that the T005 has them all, as well as its own version of ‘Pro-retinal C’, because ‘you are worth it’! Bridgestone is not L’Oreal (a Gallic cosmetics manufacturer) but indulging in a little marketing spiel will not do it much harm. However, all of those teensy technological developments do result in one of the best tyres that I have tested in more than forty years.

If you want to feel safer, more confident (in adverse conditions) and to enjoy enhanced levels of performance from your car’s tyres (including reduced wear), then Bridgestone may have struck the ‘motherlode’ with its Turanza T005. Despite distilling a month’s worth of tyre torture into a three hours’ test session, I remain totally impressed by Bridgestone’s latest tyre and its all-season benefits, despite not being promoted as such, are sure to be felt by all users. It is available in 101 different sizes, for 15 to 19-inch diameter wheels, at market competitive prices.

Sounds impressive…I am certainly considerin this tyre and aware of its good reviews. However your article could be interpreted as biased as you havent clearly shown comparison with other tyres during your test…

Is the article sponsored by Bridgestone?

So glad to hear you enjoyed the article! Please consider other tyre options carefully (in line with your needs). Let me assure you that we NEVER accept sponsored or paid for articles. All reviews are genuine and often brutally honest. We can only review products that dare to accept the honesty of our appraisal – there are plenty of sites available that simply regurgitate Press Releases…we’re not one of them.

Thank you Mat what a refreshing write up, as a single woman who values her life and vw tiguan, I was so pleased to read a no nonsense article, I was just losing the will, mechanic’s usually thing women know nothing about much, I have recently been told these tyres are not for you, but I’ve got just the thing ha ha having stood my ground because of your article I can say 100 percent they are fantastic. Thank you from lots of sensible women drivers.

So glad you liked it, Mandy! Thank you.

Can these tires be used in light snow on an all wheel drive vehicle?
John

These are fitted to my e-golf. So far I”ve had two punctures, and they have had to be replaced. The mileage for the first tyre was around 4,000 miles, but the second puncture was on the replacement tyre with less than 500 miles. Either I’m unlucky or the resilience of the tyres is poor – and does not seem to be tested.

What excellent writing! I never knew articles about tyres can be so compelling haha.
Okay, so the Turanza is durable, breaks well, and is sufficiently quiet.
How is it’s rolling efficiency? As in fuel saving?

How would these Bridgestone Turanza T005’s compare to Michelin Pilot Sports on a rwd Mercedes E280? 265x35x18.
I’ve been using the Michelins since the car was new but they are not great in snow – how do you think that they would they compare?