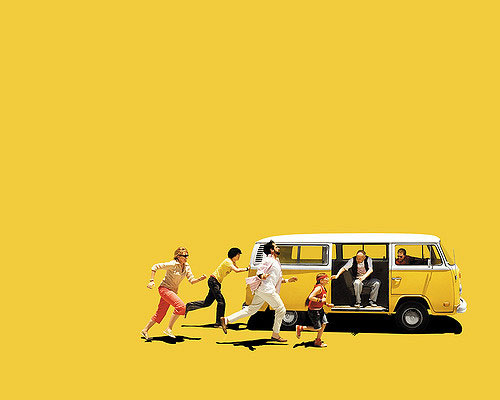 Classic crime caper Bonnie and Clyde has been named the best road movie of all time. The 1967 biopic starring Warren Beatty and Faye Dunaway as the notorious bank robbers beat tough competition to reach the top spot in a survey of 2,000 Brits.

The study also asked Brits to consider their dream road trip, with the USA’s ‘Main Street’ – the legendary Route 66 – coming out on top.

A spokesperson from National Express, who commissioned the research to inspire people looking to explore Britain and beyond this summer, said:

“Travelling and seeing something new will always inspire that sense of adventure. The idea of taking to the open road still holds an allure for drivers across the country, whether the tarmac is rolling under our own tyres or committed to celluloid up on the big screen.  The diversity of the films named in this countdown shows the versatility of our relationship with the road, from the hilarious to the dramatic to the romantic.”

Other road movie classics such as Dumb and Dumber, Ferris Bueller’s Day Off and Midnight Cowboy also made the top ten.

When asked to select their dream driving routes the 2,000 Brits surveyed went global, including Great Ocean Road in Australia, New Zealand’s South Island Circuit and Loch Lomond, Scotland in their top ten. The USA was revealed as the real petrol-head paradise, however, with Miami’s Ocean Drive and Hollywood’s Sunset Strip appearing in the countdown, along with Route 66 in the top slot.

And for those looking for scenic roads to cruise closer to home, the winding stretch of the A30 through north Cornwall has been voted the best Britain has to offer in asphalt escapism. The A82 in Scotland was also named as a dream road trip for 15 per cent on the survey respondents. Other roads deemed the cream of British cruising include the A9 through Cairngorms National Park, the A4 from Corsham to Bath and the A48, which winds through lush Welsh countryside.

When it comes to the perfect driving playlist classic rock hits dominate. Steppenwolf’s Born To Be Wild is the top pick, followed by Queen’s epic Bohemian Rhapsody and the Beach Boys’ I Get Around. Born to Run by Bruce Springsteen, Take It Easy by The Eagles and The Boys Are Back in Town by Thin Lizzy fill out the top 10 playlist.

For the 36 per cent of Brits that are actively keeping a ‘bucket list’ of activities they want to complete before they ‘kick the bucket’, travel is a popular option. Thirty five per cent want to drive Route 66 while just over a quarter want to visit Venice. Seeing the Egyptian pyramids, visiting a Las Vegas casino and reaching the top of the Empire State Building all appeared in the top ten British Bucket List goals. Other popular goals include becoming fluent in a new language, swimming with dolphins and riding in a hot air balloon.

A spokesperson from National Express, which operates around a third of all its services to airports, added:

“It is encouraging to see that so many Brits place importance on the joys of travelling and exploring Britain and beyond to see different parts of the world, from the breathtaking beauty of rural Scotland to the Art Deco splendour of Miami’s Ocean Drive.  It’s also great to we recognise the beautiful scenic drives available to us right on our doorstep. From the South West and Wales, right to the heart of Scotland, the UK is a great place for drivers who want to take in beautiful views while on their travels.”