Freelancing in the UK (December 2015)

Following on from last month’s study into the state of freelancing in the UK, we’ve crunched the numbers for December 2015 and the results are certainly interesting.

According to Linked In, the number of UK workers using the term ‘freelance’ in their title has almost doubled.  Rejoice!  This either means that many UK workers are taking the plunge as we head into the New Year and ‘going freelance’, or more workers have decided to update their profile in order to proudly proclaim their participation in this seemingly thriving gig economy.  Either way – rejoice!

The biggest rise in freelancers stem from the professions of Design, Marketing, Writing, and Media – so perhaps they had been waiting to see whether the Chancellor closed a tax loophole that may have precluded many of them going into freelance roles or continuing to freelance (happily he never swung that particular sledgehammer in his Autumn Statement).

Not all professions are blooming, however – with a fall in numbers observed in the professions of Management Consulting and freelance Computer Software specialists.  Are these freelancers tempted to seek permanent roles at major holiday periods – we shall see what January’s figures reveal? 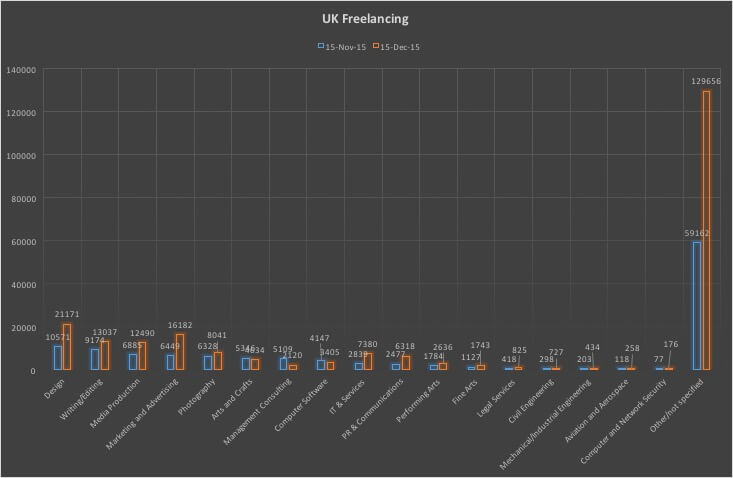 In terms of geographical displacement, a strong growth in numbers was observed in freelance workers in all the major UK cities – with the number in the capital more than trebling.  Perhaps this is the ‘Uber’ effect?  We’ll have to look for ‘freelance drivers’ in January 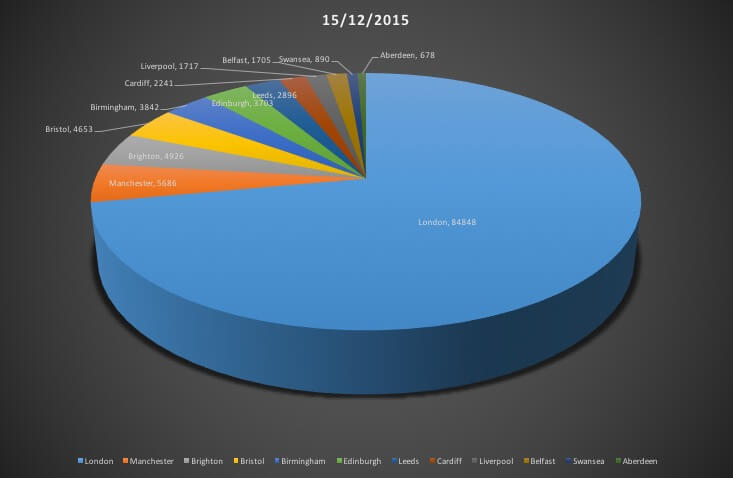