HomeMonster MotorsTaking ‘self-drive’ down a technological route with autonomous cars

Taking ‘self-drive’ down a technological route with autonomous cars Autonomous motoring is receiving more than cursory headlines at present, writes Iain Robertson, but he urges people not to be overly concerned, as without an infrastructure, the end game will be difficult to play.

The potential vision of rows of passenger-packed, driverless motor vehicles barrelling around our towns, cities and countryside will surely be something to behold. The poor individuals, faces glued to the windows, looking more like ‘The Scream’, as depicted by Norwegian impressionist artist, Edvard Munch, will be under the control of technology. Or will they?

Trying to comprehend the logic displayed by various governments towards autonomous motoring demands a knowledge of their local road death statistics. Naturally, any death on the roads, whether it be of a pedestrian, a driver, a vehicle occupant, or an animal, is regrettable. The pain felt by surviving relatives far outweighs the other inevitable costs.

However, as with the damned statistics, a monetary value is placed upon each human passing and, in the UK, that cold and clinical figure is given as around £1.71m per death. The figures include lost output, medical and ambulance costs, road repairs and human costs. Even a ‘serious casualty’ has been monetised at around £200,000. Put into perspective, the cost of 2,352 ‘serious casualties’ among the 0-15 years age group in 2011 was put at £446m. This is both emotive and expensive.

Any government would like to see reductions to an ideal ‘zero’ in these cases. Therefore, it is inevitable that, were the only true variable in the equation removed from the sum, the human, the situation must surely improve. Well, in the black-and-white world of politics (and economics), wresting control from a person capable of both rational and irrational thoughts and actions, is one solution…however ill-considered that might be.

On one hand, apart from returning to the red flag carrying gentleman ahead of each motorised conveyance, control remains a governmental premise. The Red Flag Act was introduced in 1865 to deal with the growing numbers of ‘locomotives on the highways’ and insisted that all mechanically powered road vehicles must have three drivers, not exceed 4mph on the open road (2mph in town) and be preceded by a man waving a red flag. It was withdrawn in 1896 and the speed limit was raised to 14mph. The ‘accidents’ still occurred. 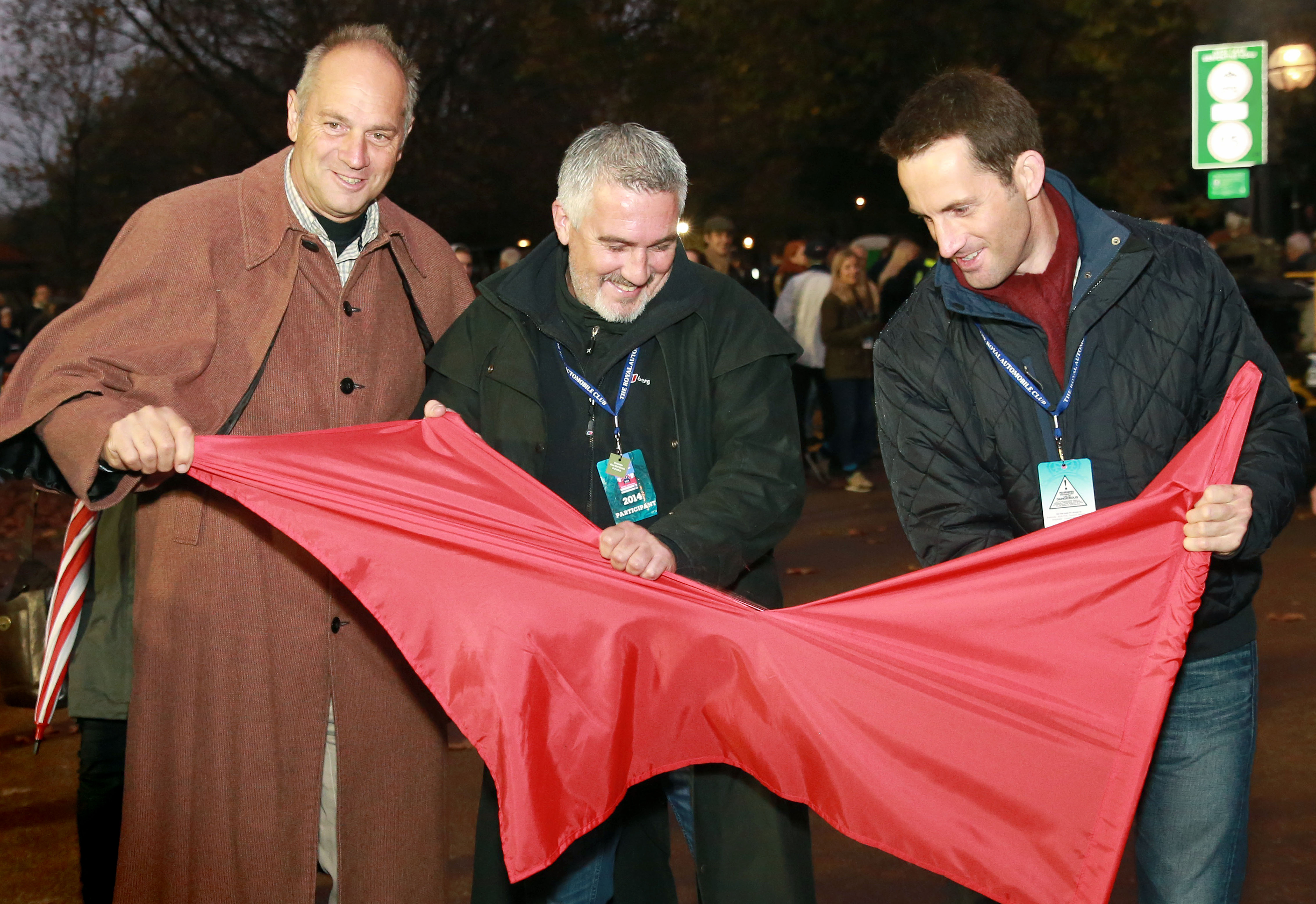 Of course, driver education, of which I remain a staunch advocate, would be a workable solution. However, as long as the desire to possess a legal licence to drive remains uppermost in the minds of drivers of all ages, the will to be trained beyond that level of competence remains disturbingly low. A first-line of management responsibility, in an era of ‘Corporate Manslaughter’, lies in the company car sector insisting on driver training for its operatives. Sadly, it is treated by the recipients more often than not as a punishment duty, rather than a positive means to an end.

On that subject, I believe that driver training should be incorporated within the education system’s curriculum, to encompass every aspect from ‘The Tufty Club’ (RoSPA’s once popular road safety programme aimed at pre- and early-schoolers), to the ‘Cycling Proficiency Test’, taking in on-playground driver training for children aged from 14 years to school-leavers. Unfortunately, no government will be able to perceive the benefits, even with local sponsorship opportunities, due to the high anticipated costs, regardless of the broader values. 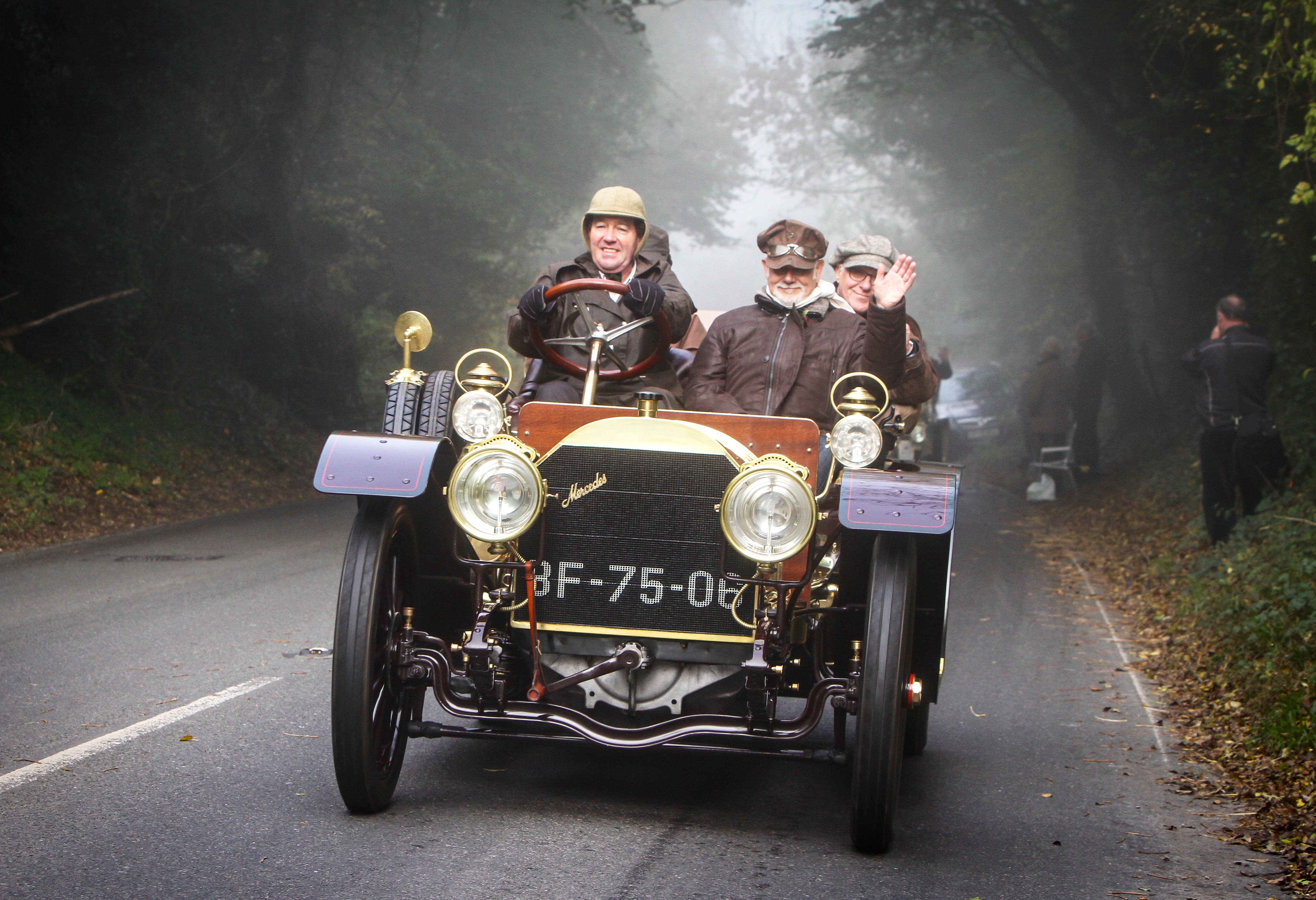 While a 1904 Mercedes offered no driver aids, rest assured that autonomy is very much in Merc’s future

Therefore, autonomous transport does appear to offer a governmentally acceptable solution, which caters for all types of vot…sorry, humans, however cretinistic, or non-demanding of a carer, we might be. One of the earliest examples of autonomous engineering in motorcars was ‘Brake Assist’. To counter issues related to drivers actually lifting their brake foot off the pedal, in an emergency situation, thereby not allowing the ABS (anti-lock brakes; an even earlier, semi-autonomous development) to work as intended, it absolves the driver slightly by taking control of the brake effort to haul the car safely to a stop.

We accept ABS and Brake Assist unquestioningly. In their own ways, semi-active suspension, city-stop braking, pretensioned safety belts, lane-keeping technology, distance cruise control, reactive automatic and automated transmissions and stability control programs, before we even include airbag technology, are all examples of safety additives that might aid a longer life expectancy. They are all aspects of automotive autonomy.

While Volvo Cars was tasked primarily by the EU, because of its positive and proactive attitude towards road safety (supported by its ‘20:20’ corporate vision that no human being will die at the controls of a Volvo motor vehicle after that notional date, a factor it is on target to attain), it is fair to state that the rest of the world’s motor industry has awoken to the demand for autonomous vehicles and developments are proceeding at an accelerated rate that is not led purely by marketing intent.

Of course, there are downsides. The greatest of them is related to hacking. There have already been reported instances of test vehicles being crashed into piles of twisted, unrepairable materials, as a result of a non-locatable hacker, who could be based anywhere from Afghanistan to Wagga Wagga. It is a responsibility of the software installer that such aspects cannot occur in the future…but, then, we all know that technology fiends will always find a way. The much-vaunted, autonomous Google Car project is no more and every crash that its vehicles endured, usually into non-autonomous transport, has been willingly reported and criticised. Yet, city transportation seems like a willing partner, with driverless ‘cabs’ following prescribed routes, conducted at low speeds. Yet, the London cabby’s ‘knowledge’ is not something that can be replicated electronically…for the moment. 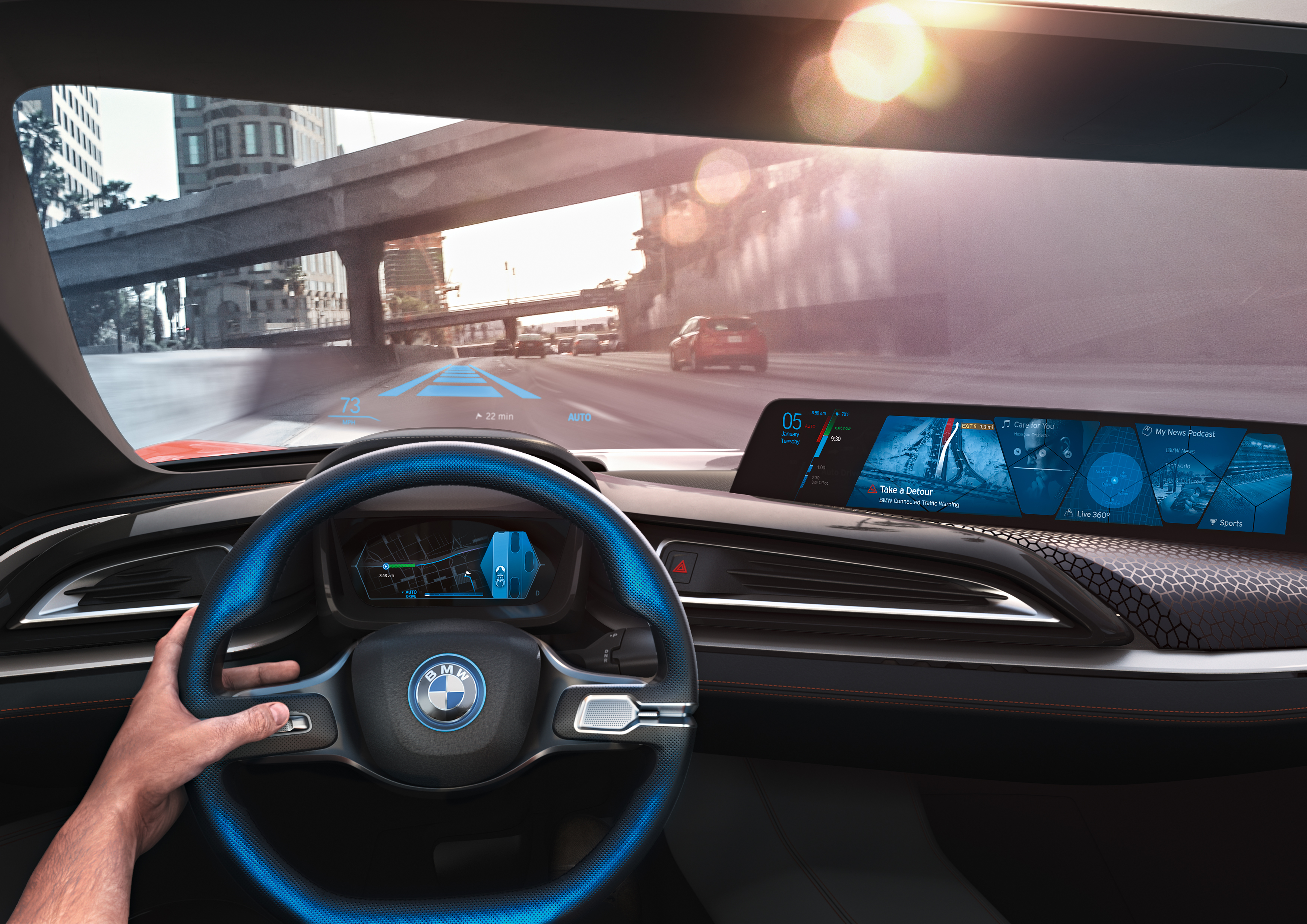 The pace of development is such that the era of the autonomous vehicle is very much upon us. However, it does not mean an end to civilisation as we know it. The vast majority of driverless situations will be in vehicles that are not dissimilar to those that we drive today. They will still have steering wheels and foot-pedals and switchgear, all of which the driver will have to operate to reach his/her destination, even if the parking is carried out semi-autonomously. However, even ‘platooning’, the ability to create long columns of traffic, all travelling at an identical speed, automatically, behind a control vehicle (which might be a truck, or a bus), will require infrastructure, most of which we simply do not have at present.

Being driven like The Jetsons will never be a reality in my lifetime and merging autonomous vehicles, to interact with regular road transport will take a very long time to achieve. In the meantime, the single pleasure of enjoying an independent mode of transport that can take us from Point A to Point B, in a fuss-free manner, at an affordable rate, is a reality. There are electronic devices that will aid our insecurities and they will grow in number and applications. Despite downward tumbling speed restrictions, we shall still be able to enjoy a spirited drive in the countryside. 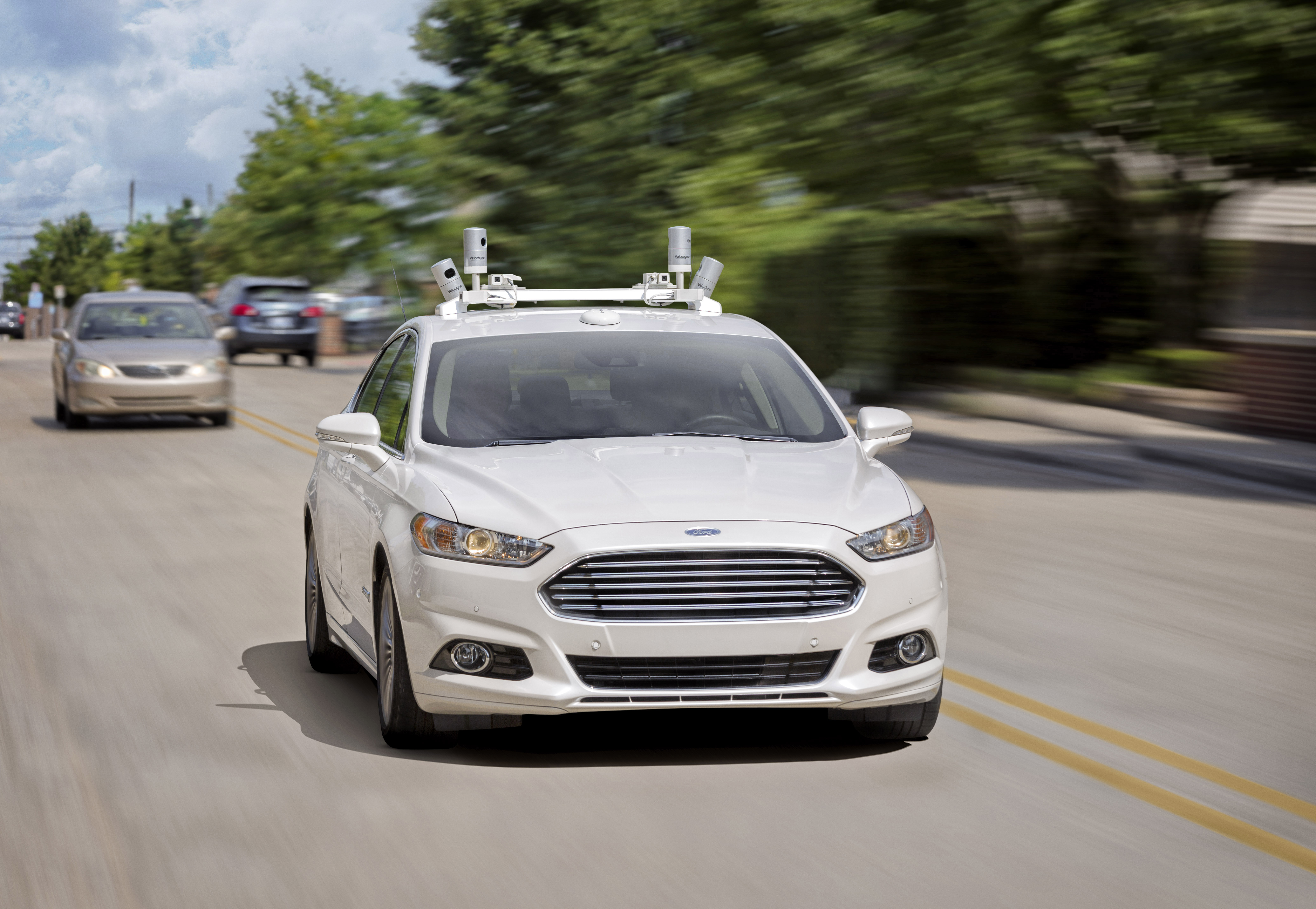 However, accidents will still happen and you can bet your bottom-Dollar that injuries and fatalities will also continue, albeit in lower numbers. The bottom-line is quality, not just of life but also of individual expectation. While a strong line must be taken in terms of the electronic technology applied and the mechanical means to achieve propulsion, it is maintaining only the starkest of quality assurance that will ensure both passive and active safety levels are maintained at their peaks and it is of those aspects that we need to be assured.

As there is little that ‘we’ can do but accept the march of technological developments, especially in the personal transport arena, we should not be frightened about the future. The intentions are (for a change) soundly based. If they lead to a calmer, perhaps more ordered, motoring existence they can only be applauded. However, individual mobility is not at risk.

In the meantime, enjoy your driving but be a good motorist and perhaps even invest in a life-affirming driver training course, as the former Mancunian Police Chief often intoned, ‘because it makes sense’, and that is the positive way to allay fear.