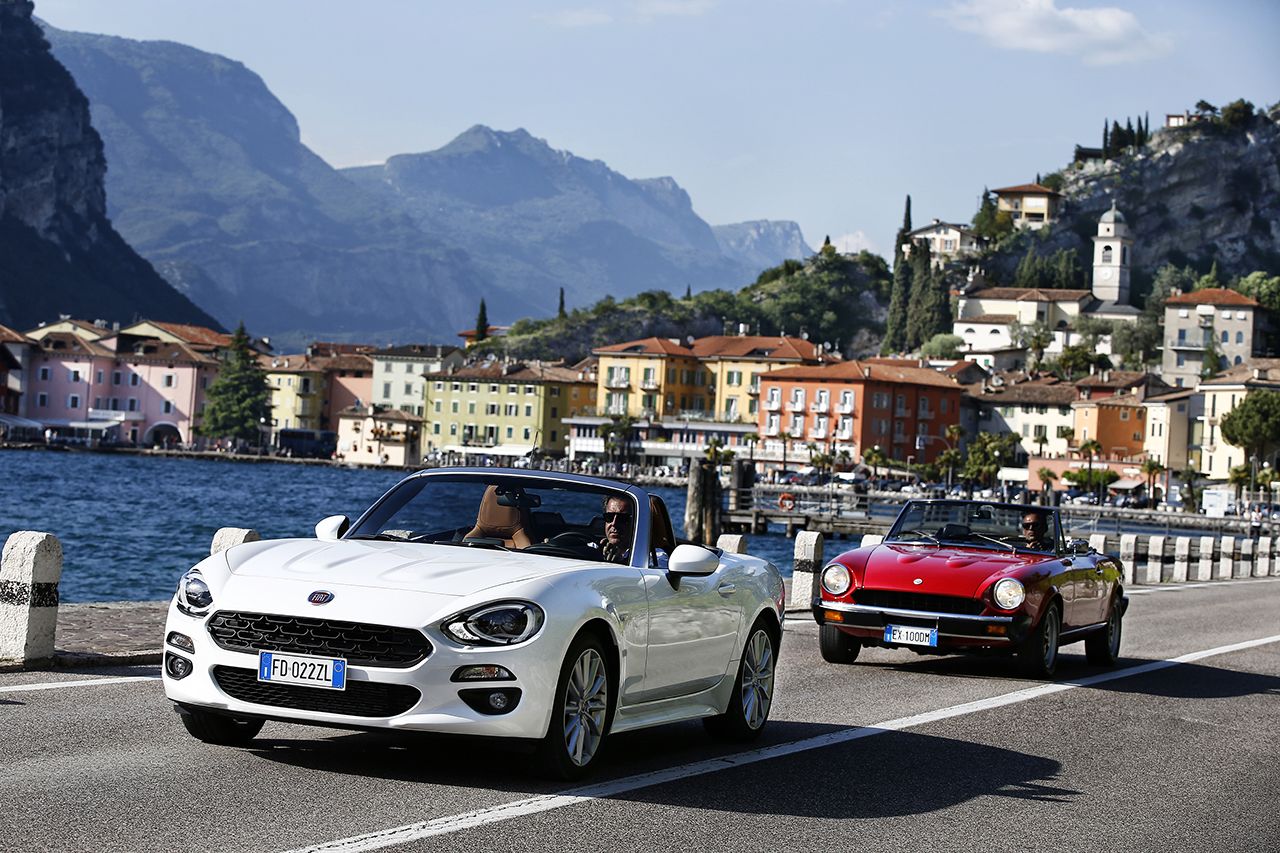 On very rare occasions, Iain Robertson believes that a modern motorcar has potential on the collector front and the current Fiat 124 Spider sports car is one that it might be foolish to ignore, as he reflects on 50 years of market admiration.

Since the dawn of the motorcar and the insouciance it conveyed in terms of personal mobility, the desire to experience ‘wind-in-the-hair’ thrills was a predominant ownership consideration. As soon as car manufacturers were able to more fully comprehend the value of ‘low-slung’ chassis engineering, they could feed the cautiously caddish, slightly laddish demands of potential customers world-wide.

In those early days, when value for money was measured by the amount of materials required to create a particular model and list prices were not based on marketing precepts, the sportier variants represented veritable bargains. If your budget was of grander proportions, you would engage the services of the coachbuilder to create the tin-top of choice. It was inevitable that the younger members of the moderately well-heeled family that could afford motorised transport might opt for the two-door convertible. The sports car earned its youthful and zestier image almost from the outset. 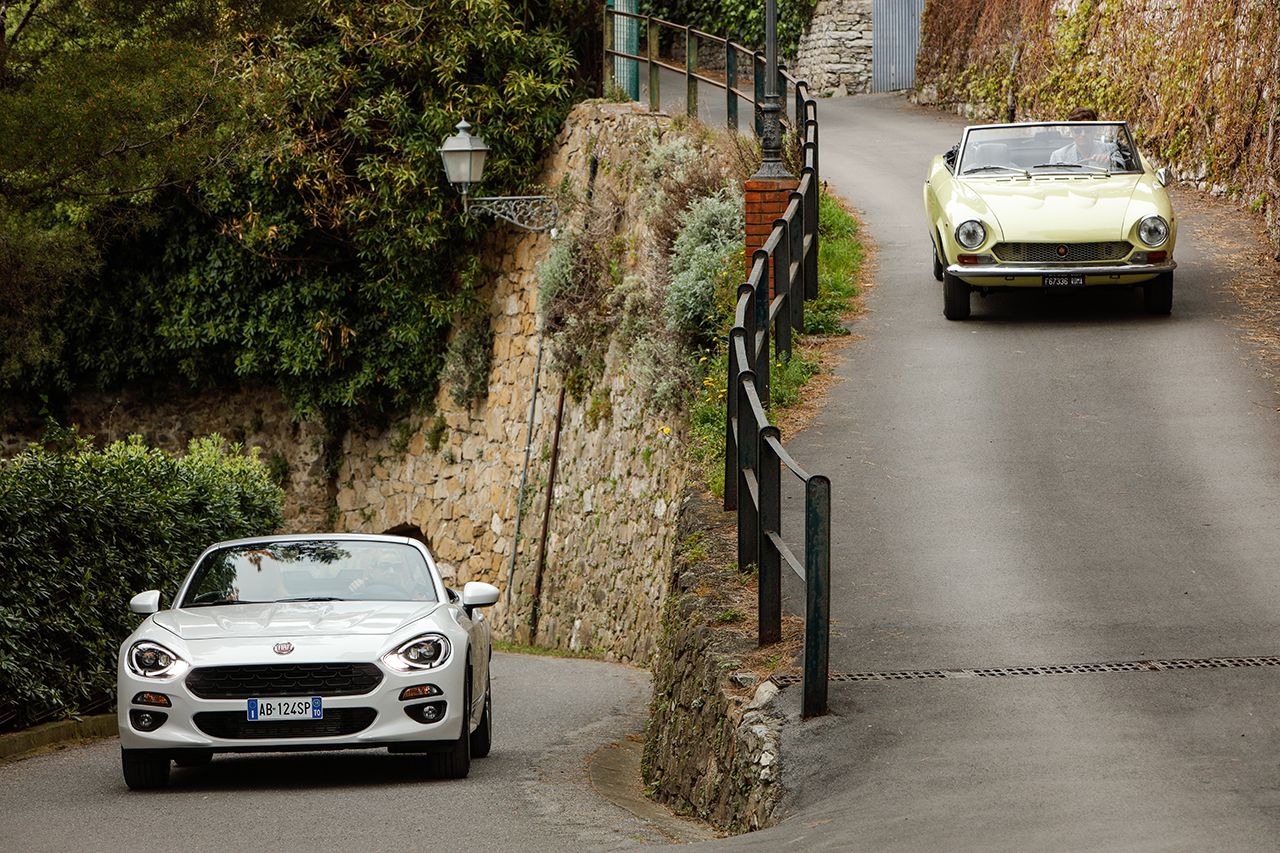 Any carmaker worth its salt invested as soon as it could in the close-coupled ‘compadrability’ offered by the sports car, which also allowed its manufacturer to enter the competitive world of motor racing. After all, what better way was available to publicise the competence of individual brand engineering than by battling it out on the racetracks of the world? The win on Sunday, sell on Monday ethos was born long before the expression was coined.

Great Britain was in the forefront of sports car developments. Scarcely any of the numerous manufacturers, very few of which survive today, avoided the undeniable attractions of what had become a fast-moving market sector. Yet, by around the end of WW2, a combination of commercial need and consumer demand for more practicality, comfort and convenience led to a reassessment of a growing range of market sectors, albeit still of the small, medium and large types. A country-mile removed from today’s cram-packed multitude of complexity across myriad marketing models, there was still room for the cost-effective sports car, even though it was soon to enter the realms of speciality product, rather than run-of-the-mill. 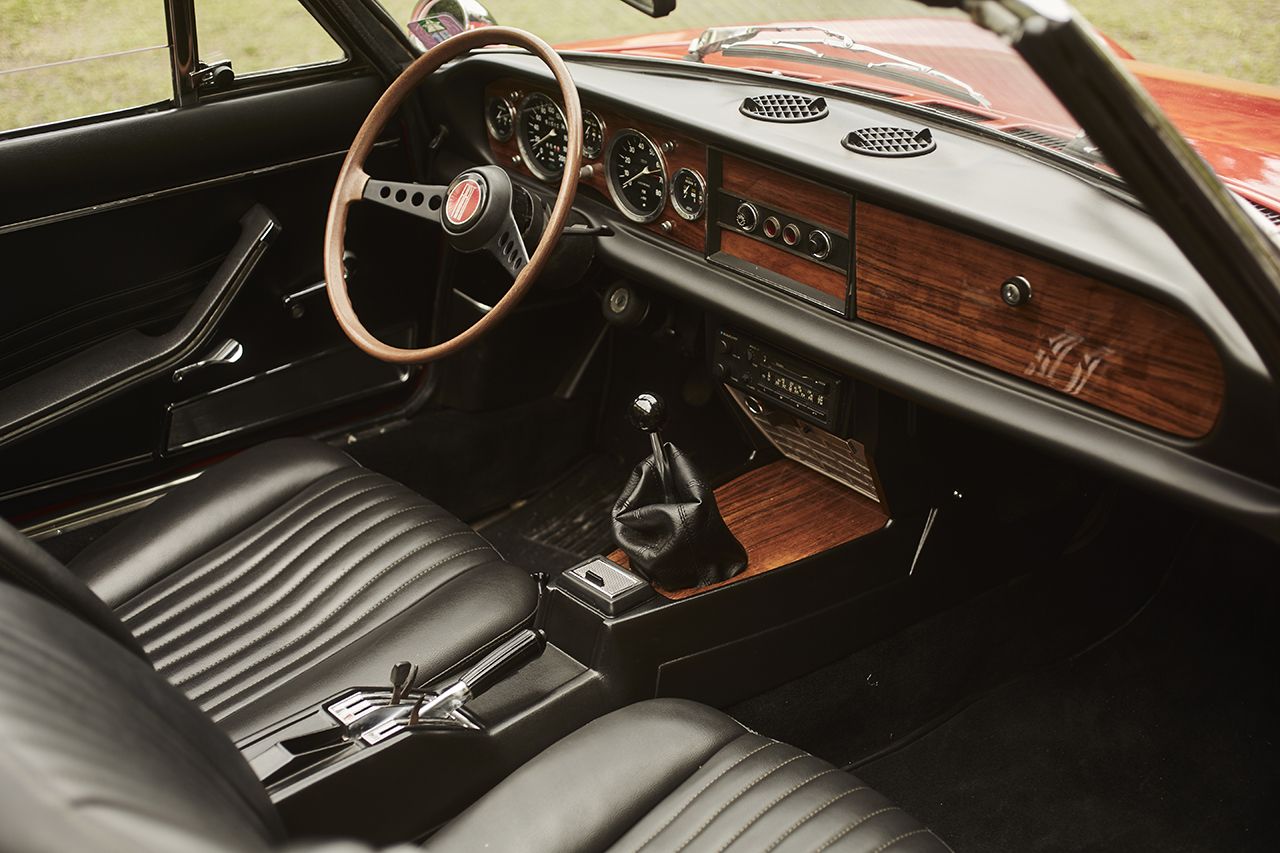 In Italy, Fiat had built its Ballila billions (of lira) into serving the mainstream motoring demands of its growing city inhabitants. The 500 was already the firm’s best-seller but the Latin fascination for sports cars, helped in no small part by Mediterranean sunshine, was enormous. Back in Blighty, the MGA had already developed into the MGB. Post-war austerity (when the term actually had some fiscal meaning and was not some over-emphasised, Scottish political rag-doll, as it is today) was coming to an end and the motor shows of the period promoted a colourful and promising future.

It was 1966. Fiat unveiled the 124 line-up. It was workaday stuff, aimed at a population that would have more disposable capital, at a time when unemployment was not an issue and prosperity was around the corner. Yet, it was a charming model range, topped by the beautiful Dino Coupe and Spider, while a more affordable 124 Sport Spider completed a range of saloon and estate car models and was the perfect banner-waver for the Agnelli family enterprise.

While its underpinnings were fairly rudimentary, the 124 continued a tradition of accessibility in all respects. It was affordable. It was beautiful looking, because styling house, Pininfarina, had been commissioned to design it. Yet it was not radical and possessed an elegance that would draw attention from the important export markets. Unlike its British rivals, it bragged of a 5-speed manual gearbox. More importantly for Fiat, it was 50% more costly than the saloon from which it was bred. The almost bespoke two-seater was making an impact and, although its first appearance in the land of ‘California Dreaming’ was another three years away, its repute as the archetypal ‘preppy’s’ machine was being massaged judiciously. 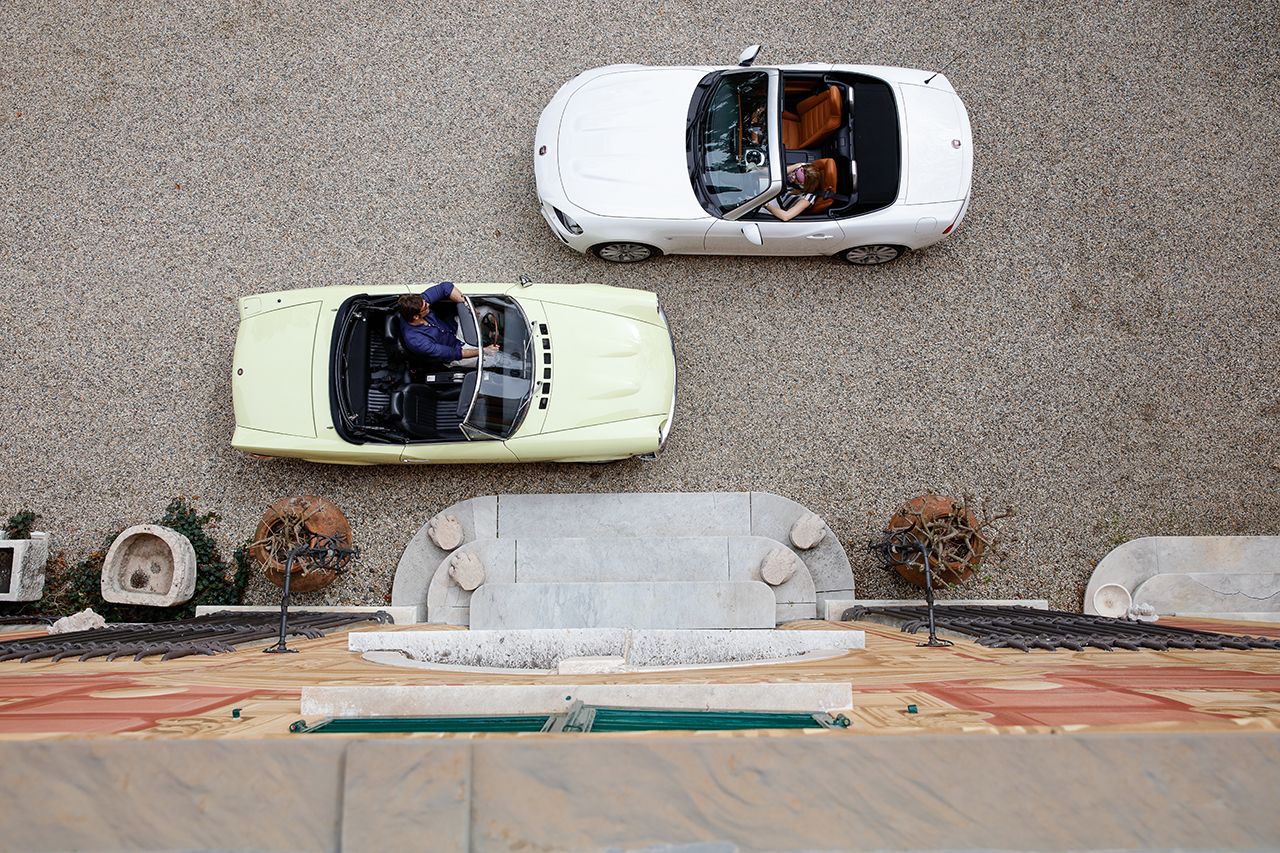 Cranking the time machine forwards by fifty years and changed fortunes have witnessed a rebirth of the 124 Spider. While not entirely at an end, the Agnelli family is no longer in charge at Fiat. Fiat now owns Chrysler in a new combine known as FCA. The Italian economy is actually more friable than that of the UK. Yet, Fiat remains central to the manufacturing integrity of that country, despite several years of disastrous management, including a terrible strategic partnership with General Motors.

Somehow, Fiat Group (as was) has managed to percolate back to the top by leaning on its past with amazing success. It started with the Alfa Romeo 156, which heralded modern engineering allied to retrospective styling. The more recent resurrection of the 500 brand has reopened many doors for Fiat and, while Lancia can only be regarded as a international brand write-off, at a time when seeking relevant technological partnerships is rife, reintroducing the once, immensely popular 124 Spider might be described as a master-stroke for the US-Italian combine. 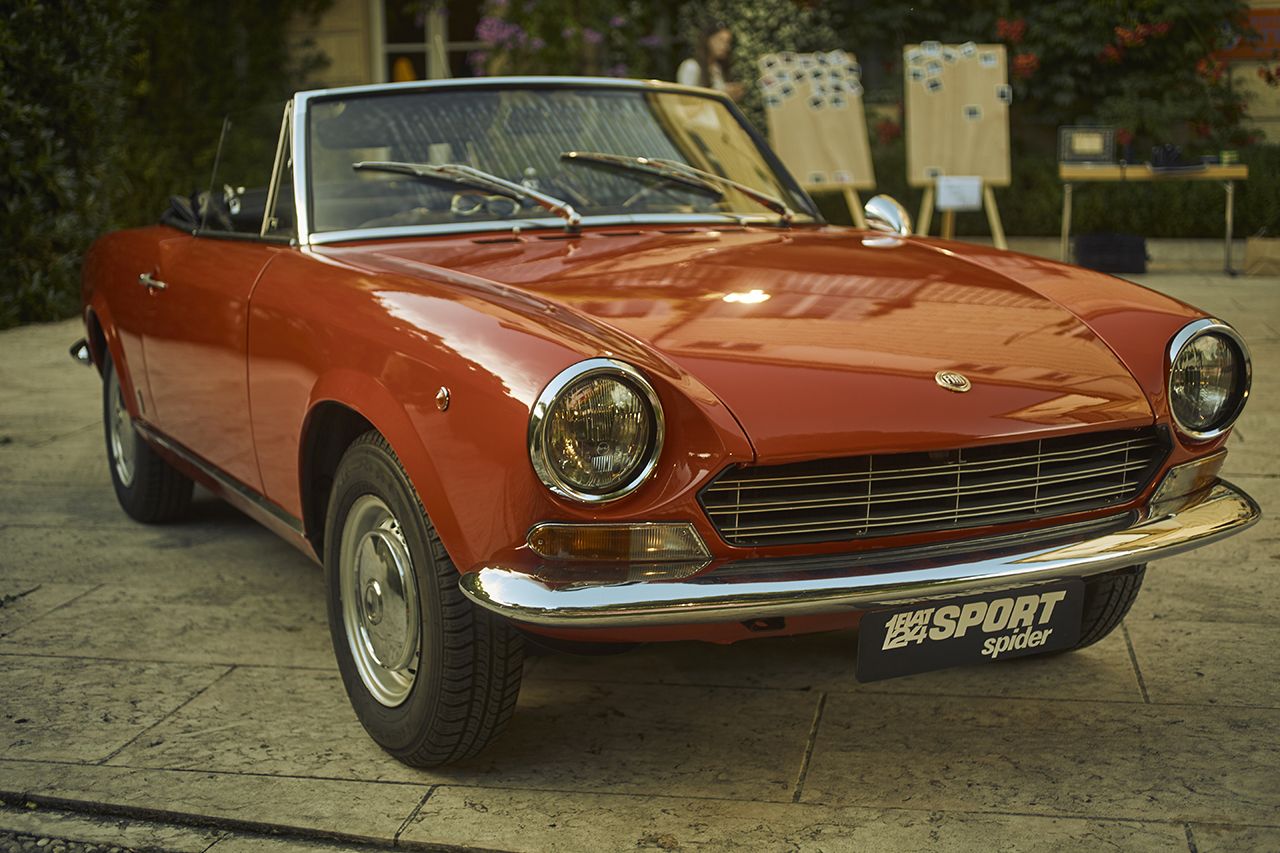 Mazda is a car company that has enjoyed a number of fruitful partnerships, not least ownership by Ford Motor Company. However, since Ford was forced to draw in its manufacturing horns and ditch the Japanese carmaker, Mazda has lacked an international deal. However, epitomised by its ‘million-making-baby’, the largest selling sports car of all time, the MX-5, the marriage with Fiat can only be described as most apposite. 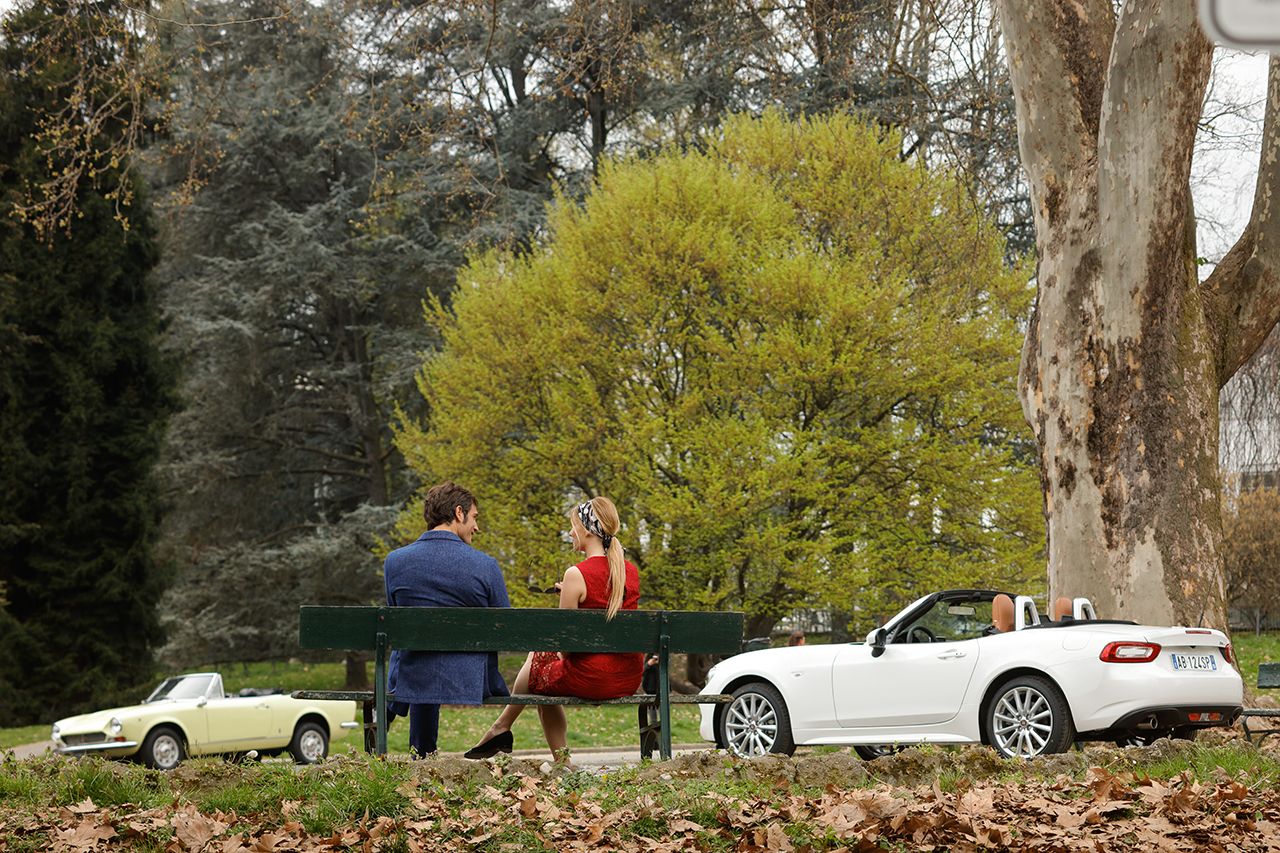 While the former Barchetta model (never imported officially into the UK) is already gaining from a collectability status, I also believe that the new Fiat 124 Spider not only possesses a massive sales potential world-wide but that it, too, will attract classic status in the future. Therefore, if you want to join the throngs of potential investors, none of whom will make a short-term killing but, for those whose examples survive the next 20 years, are prepared to wait for the market to catch-up, place your money on the safe ground that is the Fiat 124 Spider.

It is classically elegant. It is a sports car for today, celebrating fifty years in name at least, but it is also a sports car for tomorrow. I believe that Fiat has been quite brave in associating with Mazda, even though the MX-5 is fairly safe ground. Fiat’s version of the MX-5 is not merely a prettified Mazda, because of the specific Fiat running gear. It is different enough to stand out from its joint partnership, while not detracting from Mazda. Prices start from £19,545, which actually represents excellent value for money.