To celebrate National Freelancers Day we thought it would be interesting to follow the lead of Lucy Chen’s article on Linked In and take a look at the state of freelancing in the UK.

Whilst we didn’t have the might of Linked In’s analysts to assist in demographic searches, a straightforward trawl using the ‘advanced search feature’ was carried out.  Admitting this kind of research would have academics baulking into their journals (it’s hardly rigorous sampling), we simply plugged in ‘freelance’ (title) , selected ‘current’, ‘United Kingdom’ (location) and hit search.

Further refinement (a loose term I admit) was carried out by industry sector to assess the strength of representation in differing professions.

Of the 122, 512 professionals with ‘freelance’ in their title, the most popular representations were in the industries of Design (10,671), Writing and Editing (9,174), Media Production (6,855), Marketing and Advertising (6,449) and Photography (6,328).  Assuming that these are the largest numbers in terms of represented industries, we carried out a few extra searches to ascertain the numbers of other freelance roles as follows: 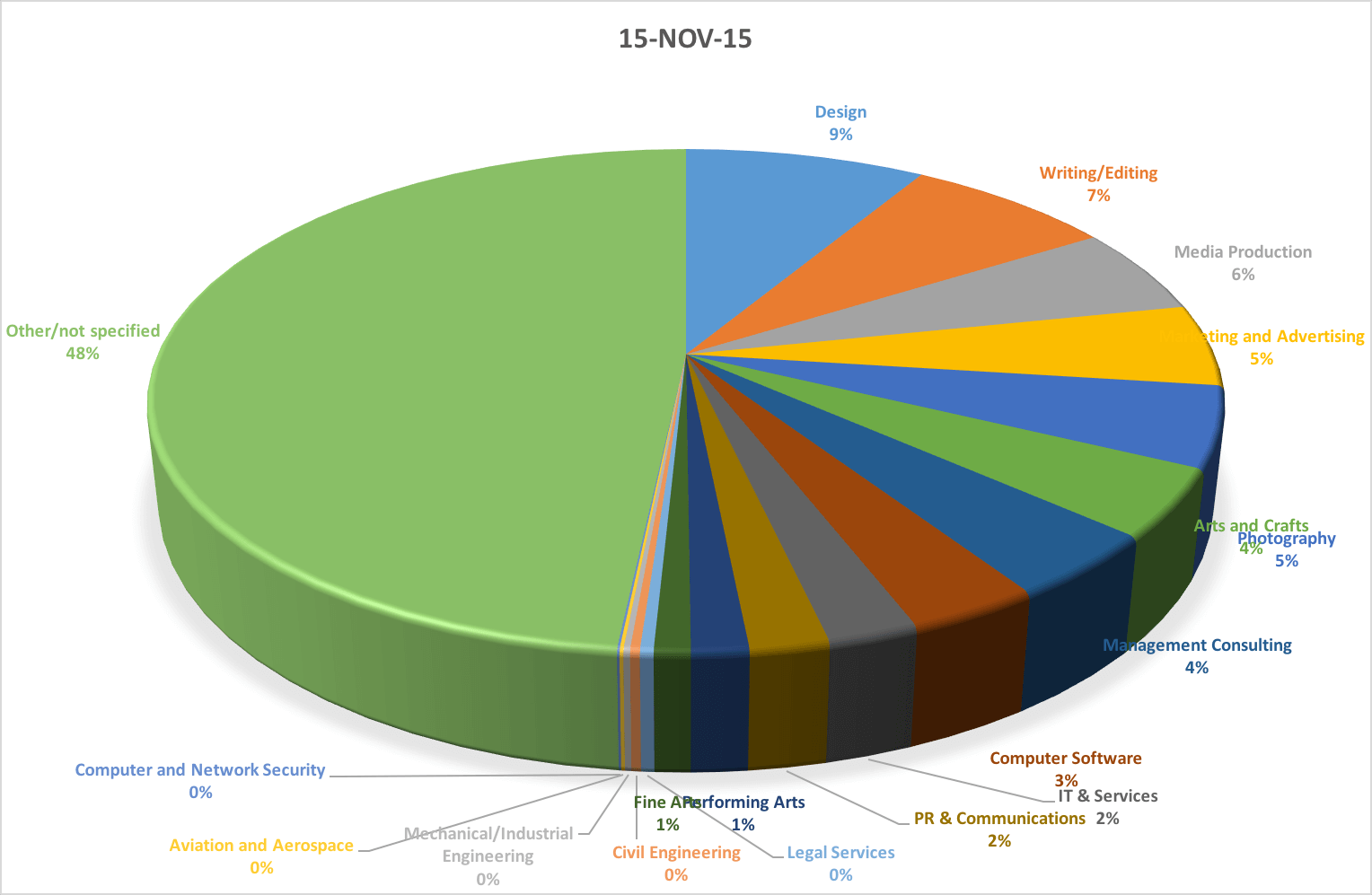 The results are surprising as we have more aviation and aerospace freelancers on our books then the entirety of Linked In members suggest; and our limited search makes no delineation between part time, full time either.  This low number is readily explainable, however – as many professional use titular terms such as ‘independent’, ‘consultant’ or ‘contractor’ in their profiles.  If we assume that the same titular anomalies are repeated across all disciplines (noting that we offer no evidence to confirm this), then we can accept that the percentages are perhaps representative of the breadth of UK freelancing.

Noting that organisations will have greater research budgets/facilities than us, we’ll just accept the limitations of a Linked In search and repeat the same process each month and report back to you.

In terms of geographical displacement, it is perhaps unsurprising that London has the largest numbers of freelancers (at 26,655) closely followed by Manchester and Brighton (2,104 and 1,749 respectively).  Interestingly the capital cities in the rest of the UK do not seem to be as large as London in terms of the number of freelancers; which is somewhat unexpected – as is the relatively low numbers operating/hailing from Aberdeen (with such a hitherto buoyant offshore industry): 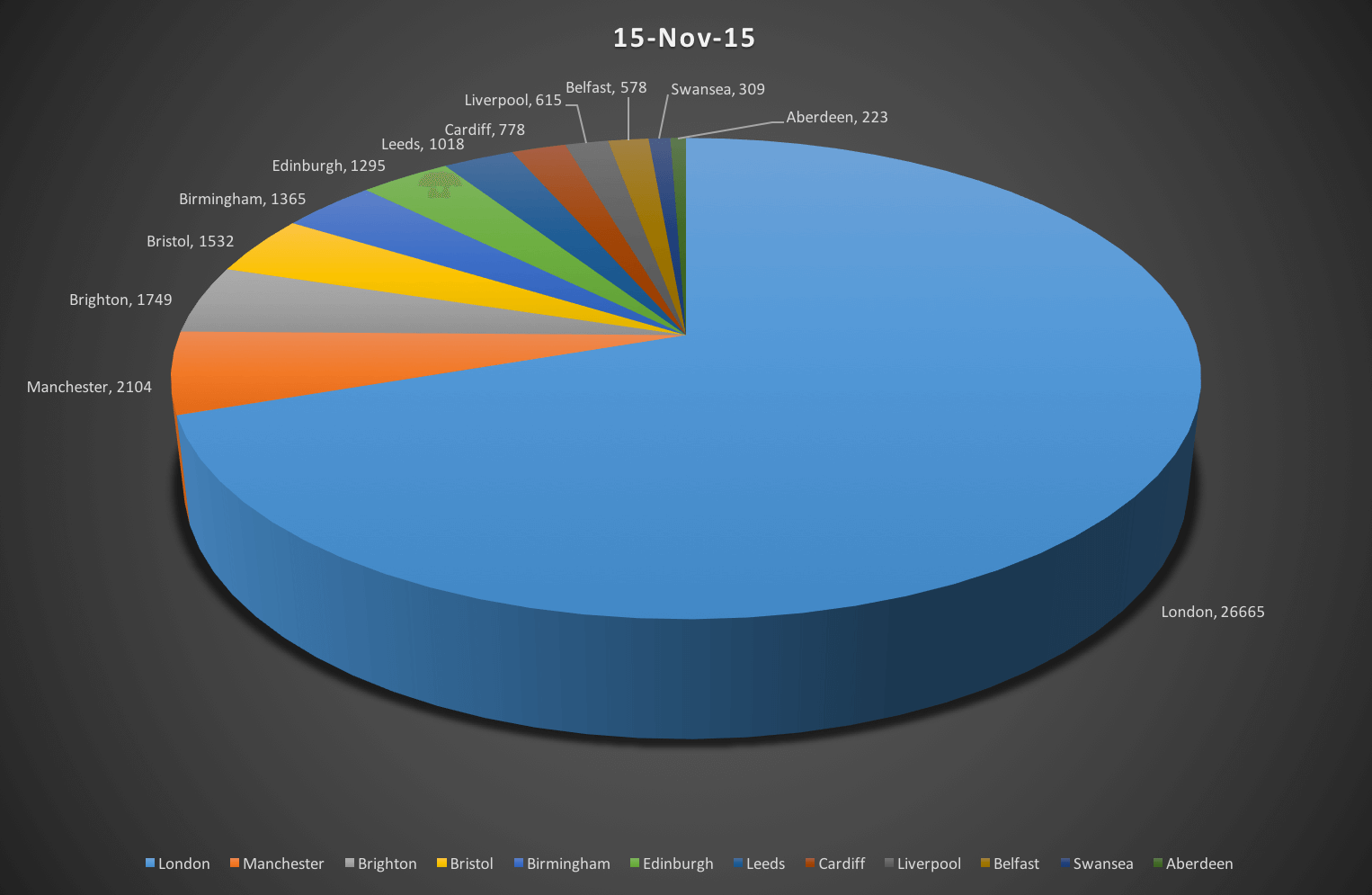 Comparing our ‘Heath Robinson’ research with the robust data from IPSE finds that there are 265,000 freelancers (their survey) in the artistic, literary and media occupations out of the 1.56 million (or 17%).  Our Linked In snap shot determines that there are 24,316 out of 122,512 freelancers in this genre (or 20%) – which gives us some confidence that our data is nothing if not representative (noting the 4-year difference between data points)