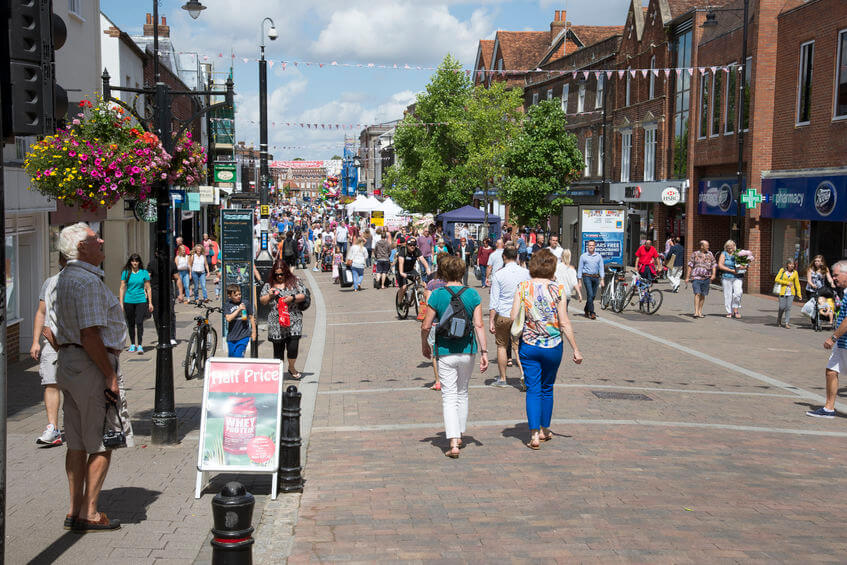 Local high streets have been given the green light to meet the threat from online retailers head-on with extended Sunday trading hours expected to be rolled out this autumn.

In amendments to the Enterprise Bill announced by the UK government on 9 February 2016, local authorities will be given powers to seasonally adjust hours to enable high street retailers to better compete for trade with their online competitors.

This is part of a package of measures to devolve Sunday trading laws to Local Authorities allowing councils to ‘zone’ any relaxation so they will be able to prioritise high streets and city centres.

The measures also include greater freedoms for shop workers in England, Scotland and Wales to ‘opt-out’ of working Sundays if they choose to, for example because they object on religious grounds or for family reasons.

These moves will perhaps be welcomed by the majority of the ‘shopping population’ – as both a growing secular society; and one that expects 24/7 purchasing powers.

Clearly this will provoke a backlash from religious and cultural leaders – but as they are powerless to ensure online shoppers respect the Sabbath, then this would appear to be an inevitable step-change in high street retail.

In a world where we bemoan the actions of our government to enforce 24/7 public services, who will stand up and protect the rights of our nation’s army of retail staff?

“The rights of shop workers are key to making these changes work in everyone’s interests. We are protecting those who do not wish to work Sundays, and those who do not want to work more than their normal Sunday working hours.”

…with the Government asserting that:

“The measures also include greater freedoms for shop workers in England, Scotland and Wales to ‘opt-out’ of working Sundays if they choose to, for example because they object on religious grounds or for family reasons.”

Shop workers will now be able to give just 1 month’s notice to large shops that they no longer want to work Sundays, down from the previous 3 months, and will have a new right to opt out of working additional hours. The government will also strengthen the duty on employers to notify employees of their rights about working on Sundays.

Just how strong this ‘duty’ will be, or what happens with ‘small’ shops remains to be seen.

What are your thoughts on the rollout of extended Sunday trading hours?  Is it a welcome, overdue relief or a step to far?  What are your reasons for supporting or rejecting the moves?  Why not let everyone know in the comments section below?

This will create a whole host of problems, a months notice not to work Sunday’s can be counteracted with a months notice to have to work them. This will result in many having a Tuesday off instead of a Sunday when they can spend time with their families. It won’t be the higher class that have to work will it ? It won’t be the mangement or the board directors it will be the working class. Once again the victims of the greedy money driven corporate sector.

That is the danger, Paul. What is the value of a mid-week ‘off day’ and ‘rest day’ when the rest of the family are at work/school? Whilst I feel it’s great for the High Street – I remain unconvinced about the protection of rights for the retailer.

It’s all just about money, the retailers just want more of an opportunity to extract our hard earned pennies from us. It’s nothing more than greed on their part. I see no benefit at all for the average joe.

It is indeed – but how does the High Street compete with the online retailers (whose staff are already working 24/7)?